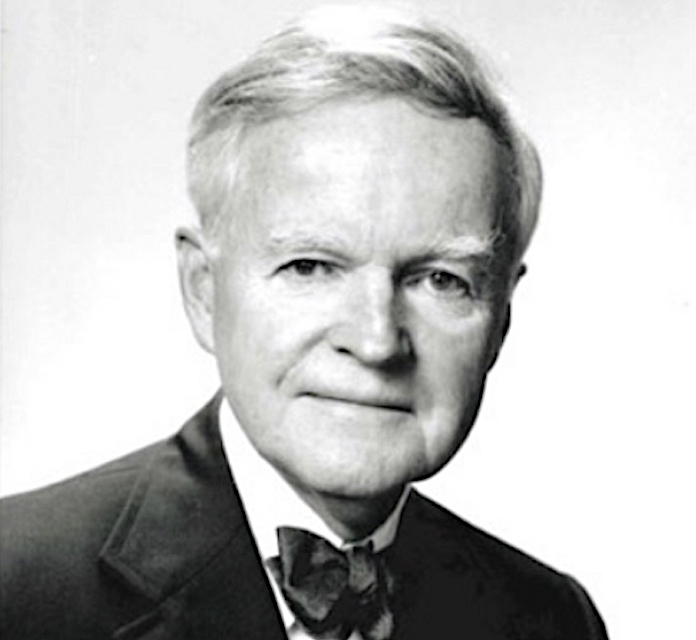 Dr. Allan Edgar Strand, a past president of the Algernon Sydney Sullivan Foundation, passed away on July 26 in Selma, Ala., leaving a legacy inspired by the words of the biblical prophet Micah, who called on others “to act justly, to love faithfulness and to walk humbly with his God.”

Strand served as the Sullivan Foundation’s president for nearly two decades before stepping down in 2009. According to current president Steve McDavid, Strand brought about some key changes in the foundation’s approach to serving its partner colleges and universities and their students.

For many decades after it was launched, the Sullivan Foundation remained headquartered in New York City, where Mr. Sullivan himself practiced law, while its mission focused on higher education in the American South. After taking over as president, Strand, an educator and minister who grew up in Greensboro, N.C.,  took action to reconnect the foundation with its southern roots.

“He moved the foundation from New York City to Mississippi and expanded the board from a bunch of old folks in New York to younger, more engaged trustees from around the South,” McDavid said. “He also brought our board meetings from a country club in New Jersey directly to the schools we serve.”

Related: Sullivan Award recipient is hero on and off the field at Davidson College

“Because of this engagement with the schools and the younger board, he led us into launching programming for our schools, bringing students and faculty from multiple schools together to learn concepts of purposeful leadership, community engagement, and innovation and entrepreneurship to solve community problems,” McDavid added. “He was a steady and thoughtful leader.”

Strand, the eldest son of Allan and Catharine Strand, attended the Darlington School in Rome, Ga. and then went to Davidson College, a Sullivan Foundation partner school in Davidson, N.C. An avid tennis player, he won two North Carolina state championships and one Tennessee state championship as well as the national U.S Air Defense Tournament in Fort Meade, Md.

As the tennis pro at the Merion Cricket Club in Philadelphia, he played a memorable match against Maureen Connolly, the legendary tennis player, Wimbledon champion and first woman to win the Grand Slam. Strand prevailed in that match, prompting Connelly to tell the New York Times, “Last week, I was in Philadelphia and got beat by some pro that nobody ever heard of!”

In 1957, Strand helped integrate the Greensboro city tennis courts when he invited George Simkins, a talented African-American tennis player, to join him on the court. Strand continued to play tennis throughout his life, competing in both singles and doubles, only setting down his racquet in recent years when his fading vision made it too difficult to see the ball.

Strand served in the Army after working as a radar acquisition operator on the Nike missile system and received a commission in the Naval Reserve, eventually attaining the rank of Commander in Naval Intelligence.

He attended Westminster Theological Seminary and became a Presbyterian minister, but he found his true calling in the field of independent school education, guiding young people to lives of both moral and social purpose. He received his doctorate in education from the University of Tennessee and taught English and Spanish at the Darlington School and Memphis University School before becoming headmaster at the Donohoe School in Anniston, Ala. (formerly Anniston Academy.)

Related: Ignite Retreat attendee Ky’Lexius Gwynn of Guilford College uses gardening for the good of all

At the height of the civil rights movement, Strand led the effort to integrate the Lovett School in Atlanta and began a challenging eight-year tenure as headmaster. While there, he diversified both the student body and the staff and helped Lovett become the premier educational institution it is today. As the president of the Mid-South Association of Independent Schools in the 1970s, he provided courageous leadership, promoting continued integration of educational institutions. Ultimately, he would take his mission to Newark Academy in Livingston, N.J., a school renowned for its multiculturism, where he served as headmaster for over seventeen years.

Throughout his life, Strand served his community in a variety of volunteer positions: as president of the Rotary Club, with the Chamber of Commerce, the United Way, and as an elder in the Presbyterian Church, where he taught Bible study. Upon retiring to Oxford, Miss., he founded the GED and literacy program sponsored by St. Paul’s Episcopal Church and helped to establish the first lending library in the local men’s prison.

Strand is survived by his beloved wife of 61 years, the artist Anne Strand; his son Clark Strand and his wife Perdita Finn of Woodstock, N.Y., and their children, Sophie and Jonah Strand; his son Dr. Allan Strand III and his wife Dr. Maureen Hays of Charleston, N.C.; his daughter Anne Catharine and her husband Allen Reeves of Selma, Ala., and their children, Lizzie and Anne Smith Reeves; and his daughter Dr. Elizabeth Strand of Knoxville, Tenn. His brother Austin Strand pre-deceased him.

A funeral service will be held at 2 p.m., Tuesday, August 2, at St. Paul’s Episcopal Church in Selma.

Flowers may be sent to St. Paul’s Church in Selma, and donations may be offered to the Algernon Sydney Sullivan Foundation.