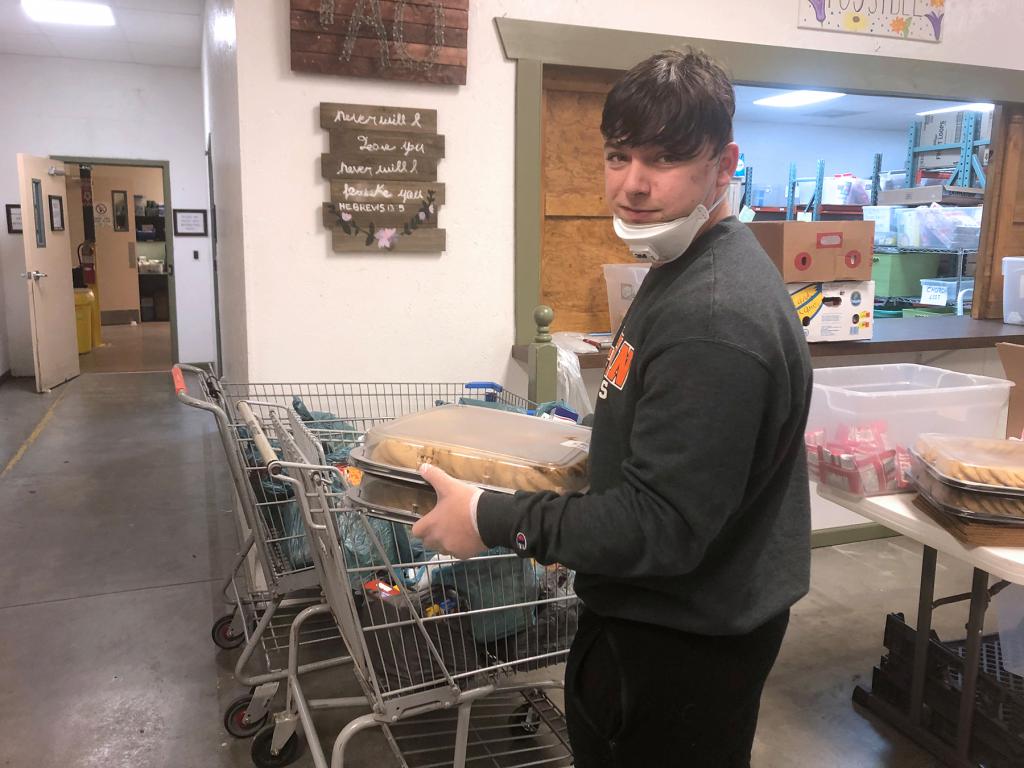 Carson-Newman University’s Appalachian Outreach Ministry (AO) continues to see a surge from those in need brought on by the COVID-19 pandemic, the university reported earlier this month.

“We have seen an increase in numbers,” said Jean-Ann Washam, executive director of Appalachian Outreach. “We are seeing people who have never received services before [but] who have not been able to go back to work.”

Washam said some are employees in the retail and restaurant business. “This past month we served over 400 families; that is over 100 new families for us,” she said.

AO, which is serving Jefferson, Cocke and Grainger counties, is operating its Samaritan House ministry at full capacity, helping families who are experiencing a housing crisis, Washam said.

But it is their food distribution ministry that is really being buoyed by the local community. Washam said that Appalachian Outreach is operating the distribution from their parking lot at 511 Municipal Drive in Jefferson City, allowing for people to safely drive up and pick up items.

Food distribution takes place from 1-4 p.m. Mondays and from 10 a.m. to 4 p.m. on Tuesdays and Thursdays.

“We’ve had a really good community response,” said Washam. “We’ve had people recognize that we need additional food because we have new families. They’ve brought food and given monetary donations.”

Washam noted that a recent donation by Pierce’s Produce in Jefferson City allowed them to give out fresh cucumbers, tomatoes and squash. “Some of our families would not have been able to purchase such items,” she said. “It was all because of one of our local businesses that asked, ‘What can we do to help?’”

She explained that Wal-Mart and Food City have both established donation areas at their stores, allowing for customers to purchase pre-assembled bags of groceries that Appalachian Outreach can later pick up at the store.

“Local businesses recognize our pantry is strained,” said Washam. “We cannot operate at the same level with the same amount of food on our shelves while we are giving out so much more.”

“Despite their own health concerns,” said Washam, “our volunteers understand that there are people who would not have food if they were not here.

“I think in the middle of a crisis, this is just affirmation that this is a community that works together in good times and bad,” Washam added. “We just pull together.”

This article was edited slightly from the original story appearing on the Carson-Newman University website.