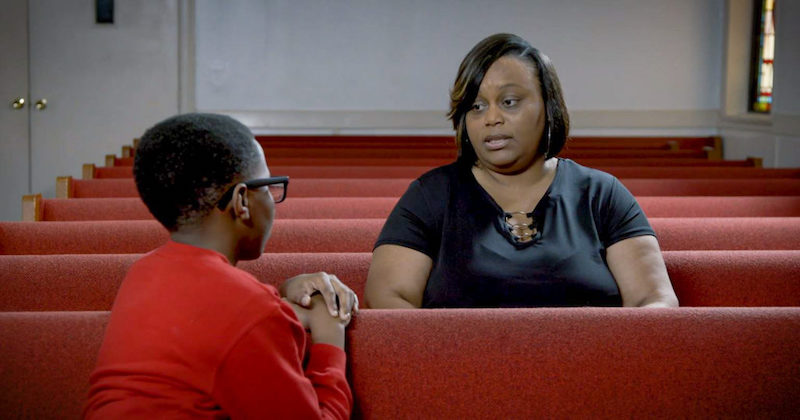 Three alumni from the law school at Sullivan Foundation partner school Mercer University were involved in an award-winning short film, produced in Middle Georgia, that provides young people with eye-opening facts to help protect their futures.

“Armed with Knowledge” tells the story of a young man named Noah who discovers the life-changing consequences of illegally possessing a gun. The film has been viewed by thousands of youth in Georgia since its release in August 2020.

Judge Marc Treadwell, who serves in the U.S. District Court for the Middle District of Georgia and is a Mercer Law graduate, came up with the idea for the project. He said he found immediate support when he pitched it to the Peyton Anderson Foundation, where he serves on the board of trustees.

“We became aware of a problem we truly didn’t know existed,” said Karen Lambert, president and CEO of the foundation. “Judge Treadwell saw something in his courtroom: Illegal possession of a firearm can totally ransack someone’s life.”

Treadwell recruited Mercer Law alumni Sonja Profit and Christina “Tina” Hunt to appear in the film and represent their real-life roles as prosecutor and defender in court. In addition, powerful testimony is provided by Tonora Jones, whose daughter, Ta’Shuntis “Tootie” Roberts, was killed in a random gun violence incident in Macon in 2015.

Christina Hunt, executive director of the Federal Defenders of the Middle District of Georgia Inc., speaks with the fictitious Noah, played by Thomas Zachary Rutland, during a scene in the film.

“One purpose of our federal laws for illegal possession of firearms is to get the guns out of the hands of people who shouldn’t have them,” Treadwell said. “While that’s an important part of our efforts to control gun violence, wouldn’t it be better if we could reach young people before they go down that road and find themselves possessing an illegal firearm and going to prison for a long time? As bad as the gun violence is, a consequence that isn’t (talked about) as much is that just by having an illegal gun, you can find yourself in federal prison for a long time. The goal is to make them aware at a young age of what those consequences are.”

Under federal law, it’s illegal for people with felony or certain misdemeanor convictions to possess firearms, and they can receive up to 10 years in prison for having guns. A person with three or more prior convictions for felony crimes of violence and/or drug trafficking faces a minimum sentence of 15 years without parole.

There is a huge lack of knowledge among people when it comes to these penalties, said Hunt, executive director of the Federal Defenders of the Middle District of Georgia Inc. Crimes that are treated as minor manners in a state court can lead to much larger consequences at the federal level. For instance, a person may have received probation in state court for three burglary convictions, but once a firearm is involved, it’s a mandatory 15 years behind bars.

In the film, Hunt has a conversation with the fictitious Noah about the prison time he faces. It’s a conversation she has had far too often with young people in real life, she said.

“They don’t understand why this is happening. No one ever tells them what the serious consequences are. Nothing would make me happier than to never have to have that conversation that I had with Noah with any more clients,” Hunt said. “The ability to say no to someone trying to get you to do something wrong is a lesson you need to learn early before it spirals out of control. Those early mistakes never get erased.”

The film’s purpose is to both educate and deter. It’s imperative that young people know the potential repercussions of bad choices, said Profit, assistant U.S. attorney for the Middle District of Georgia.

“To be honest, it wasn’t acting,” Profit said of her passionate speech in the film. “It’s easy to get emotional about kids doing the right thing. They need to understand the other side of it that they don’t see … that picking up a gun has severe consequences. Once you get to the federal system, there’s not much that can be done for you once you’ve established a record.”

Promotional efforts for “Armed with Knowledge” are ongoing, with the goal of having as many youths watch the film as possible. 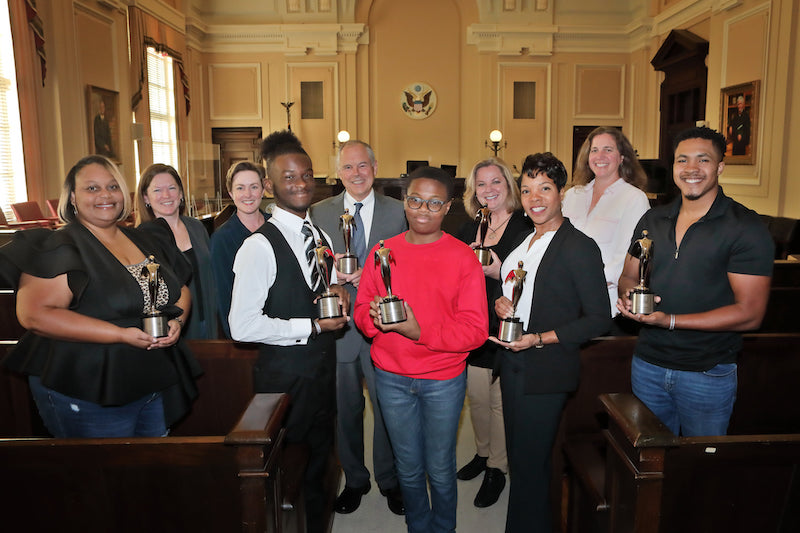 Available online along with a facilitator guide and resources, the video has already been viewed by nearly 5,000 middle school students in the Bibb County School District, where “Armed with Knowledge” armbands have become popular among students, Treadwell said. It has also been shared with the other 93 U.S. attorney’s offices across the country, in addition to various churches and social organizations, Profit said.

“What we know is that youth are very receptive to the video,” Treadwell said. “The feedback we’re getting is that it catches their attention, and they understand the message and are excited about it. There’s a lot of buzz about it in the schools. We can only hope that it’s having the ultimate desired effect: making them think twice about falling in the trap of having an illegal gun in their possession.”

In October, “Armed with Knowledge” received a silver award for Social Impact and a bronze for Social Issues in the 2021 Telly Awards.

“We had some talented filmmakers who developed a storyline and cast it and did a wonderfully creative film that we feel is really compelling,” Lambert said. “We were so pleased to receive the Telly Awards. We’re hoping that the film spreads and does a lot of good in our own community and beyond. We hope it will cause young folks to stop and think before they take a gun and do something that will change their life and other lives forever.”

This article has been edited from the original version appearing on the Mercer University website.