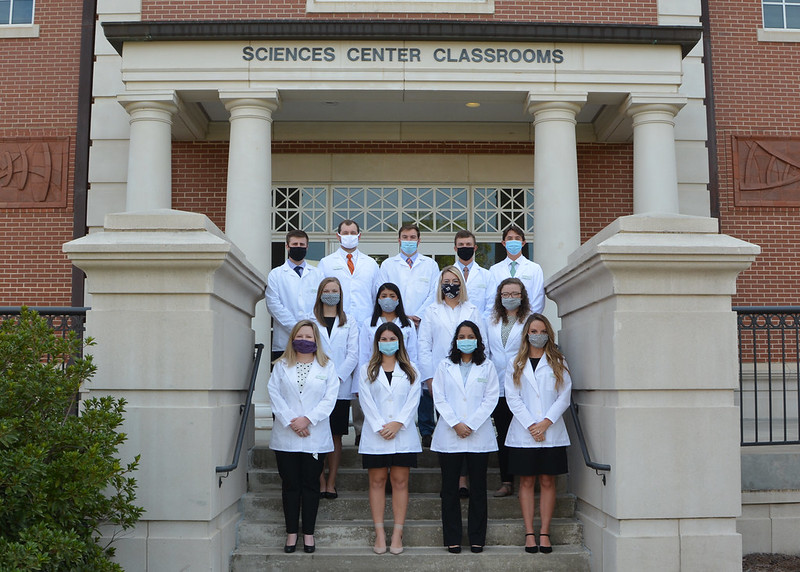 Sullivan Foundation partner school Auburn University’s long history of helping mold Alabama’s physicians of tomorrow continued this semester with a talented group of students ready to dedicate themselves to serving their local communities through the Rural Medicine Program (RMP).

As part of a collaboration with the University of Alabama School of Medicine, or UASOM, Auburn’s RMP serves as a crucial first step for students transitioning from the undergraduate realm to medical school. Now in its 15th year in Auburn, RMP is a sister program of the University of Alabama’s Rural Medical Scholars Program, or RMSP, that dates back nearly three decades.

RMP provides a year of pre-matriculation instruction and experience that prepares future physicians for the rigors of medical school, while serving as a pathway for them to begin their journeys to life as a rural doctor.

“It’s a bridge between college and medical school,” said Larry Wit, the program’s academic director. “Auburn has a long history, through the College of Sciences and Math, of preparing students well for medical school.”

Through Auburn’s program, students who want to become physicians in rural areas of Alabama can receive streamlined instruction in key subjects like biology, gain practical experience via lab sessions and by working in clinics, and learn what to expect from medical school. RMP is the beginning, with students then moving on to two years at the UASOM in Birmingham before finishing with two years of clinical clerkships in Huntsville.

Wit helps RMP students tailor their pre-matriculation instruction at Auburn to get the most out of their time on the Plains, and not every student’s class schedule looks the same.

“Since these students come from different institutions and different backgrounds, there are some courses all of them take, but not all of them take the same courses,” Wit said. “We plan their studies like we would if they were in graduate school. We look at their backgrounds, strengths and weakness and develop a curriculum around that to try and better prepare them for medical school.”

“I help shore up their sciences to get them ready,” Wit added.

Laura Catherine Cresswell—who earned a degree in chemical engineering from the University of Alabama at Huntsville in May—has hit the ground running during her year at Auburn.

“It really is an awesome opportunity for people who know they want to go into rural medicine,” said Cresswell, who hails from the 8,300-resident town of Arab, Alabama. “When I first heard about the program, what really interested me was the pre-matriculation year, because I thought the year would be good for me to get more biology classes since I was a chemical engineering major.” 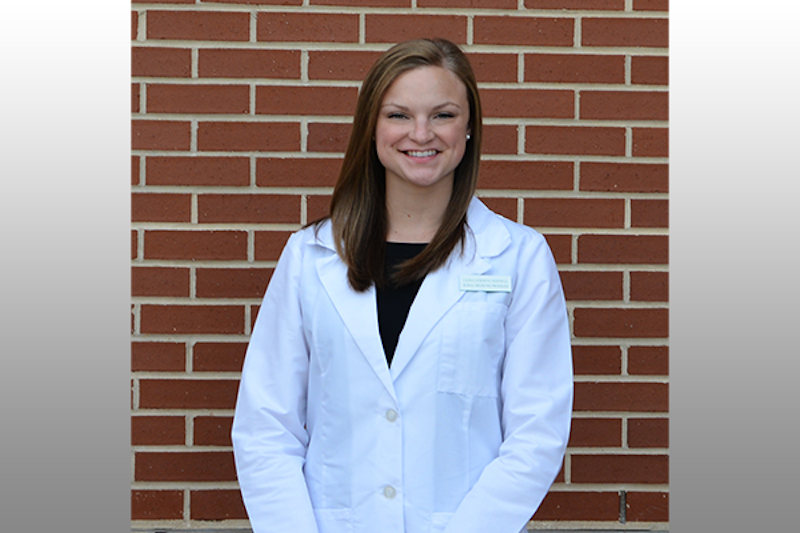 First-year Rural Medicine Program student Laura Catherine Cresswell, from Arab, Ala., is enjoying her pre-matriculation year at Auburn as she embarks on her journey toward being a physician.

“I already knew my intentions of wanting to practice rural medicine, and the program just made me realize it more,” Creswell said. “I think this program is really going to help expose me to a lot more and show me what I need to expect with rural medicine.”

Pre-matriculation-year courses like Clinical Applications—taught by RMP Medical Director Dr. Keith Bufford—give students practical insight into rural medicine and are an integral part of their instruction at Auburn.

Featuring the motto “Preparing You to Help Your Neighbor,” the program’s foundational goal, Wit says, is to help fill a never-ending need for physicians in rural Alabama.

“We all participate in this with the objective, ultimately, of improving the lot of people who live in small towns in rural Alabama, in terms of the disparity that exists with their health care,” said Wit, professor emeritus and associate dean emeritus of Auburn’s College of Sciences and Mathematics, or COSAM. “One of the great challenges of getting people in rural medicine is not just to produce more doctors, but to produce doctors who will go and practice in those areas. Our desire is that, at the end of the day when they’re done with their training, they are primary care physicians practicing in some rural area or small town in Alabama.”

Related: Meet the 2020 recipients of the Algernon Sydney Sullivan Award at Auburn University

Auburn thoroughly scrutinizes its RMP applicants, limiting each year’s group to roughly a dozen. They must come from small towns in Alabama, have an inherent desire to serve rural communities and meet the strict requirements of medical school. Students do not sign contracts to commit to RMP, instead buying into the program’s honor system as they take their first step toward becoming doctors.

“Most people don’t go back to places like that unless they grow up there,” Wit said. “It has to be part of their DNA, and it almost has to be a calling. So that’s why we’re so particular about who we take.”

Dr. David Bramm—who practiced family medicine in rural Mississippi before returning to his hometown of Huntsville years ago—heads up the state’s RMP program. He agrees that it takes a special type of student to dedicate themselves to serving the state’s most marginalized populations.

“We want to find the student with the right stuff,” said Bramm, who practiced in Centreville, Miss., a town of approximately 1,400. “We want them to have the demeanor, the personality, love, understanding and compassion to be family physicians, but also the intellectual capacity and the stick-to-it-iveness to get through medical school.” 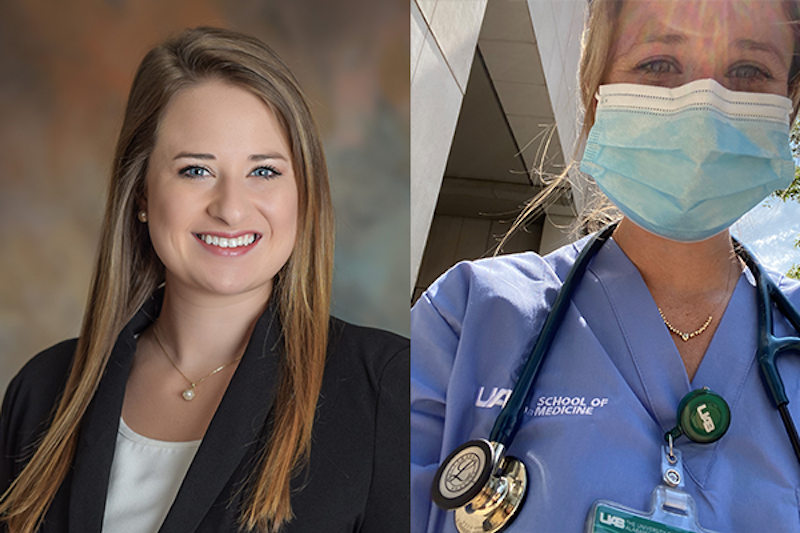 Jayci Hamrick, who hails from Haleyville, Ala., is in her third year of Auburn’s Rural Medicine Program and hopes to return to her hometown as a physician.

One of those students, third-year program participant Jayci Hamrick, is well on her way toward helping those in need in her hometown of Haleyville, Ala. She entered the program after earning a biomedical engineering degree from UAB in 2018 and relishes the opportunity to one day return to the town of roughly 4,000 as a family medicine practitioner.

“I really want to go back to my hometown,” Hamrick said. “I loved growing up there and loved being raised in a small town. There are not many physicians that will be left in my hometown after I graduate, because they’re getting ready to retire. So, I’d like to go and give back to the community I come from.”

Most Alabama counties have a significant shortage of physicians, and Wit described the need as “unbelievable” and constant. Bramm agrees.

“Of the general population of medical students nationwide, surveys have shown only about 3 percent of doctors want to or plan to go practice in a small town,” said Bramm, who said Auburn has been a conduit for 114 of the 143 RMP participants through the years.

Bramm has been inspired by the quality of students who have come through the RMP program. “They’re so smart, and they have such a capacity for learning,” he said. “They’re exactly what you want your kids to be. I should have retired five years ago, but I love working with the students too much. It’s so much fun.”

Wit also finds his role with RMP immensely fulfilling and feels proud to see the students evolve into dedicated doctors. “I’ve gone and visited a couple of them, and you feel like a proud papa when you see them in action,” Wit said. “These are good kids who are the salt of the Earth, they really are. They don’t have a sense of entitlement. They’re just hard-working Alabama folks.”

The program—especially the first year at Auburn—is particularly inspiring for the students as well. “I 100-percent love the program,” Hamrick said. “I don’t know if I could have just jumped right in coming from undergrad to med school, and it really helped prepare me. If I could go back and go through the program again, I’d do it.”