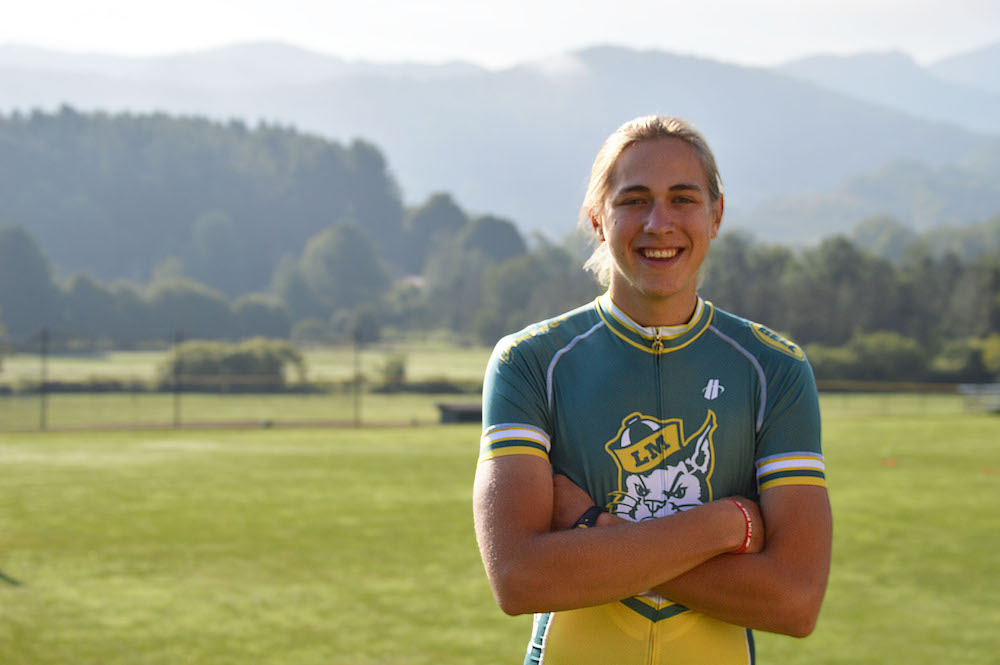 Ben Herbertz, an Emergency Medical Services and Management (EMSM) major and cyclist at Lees-McRae College, is the school’s next recipient of the prestigious Sullivan Foundation Scholarship.

A freshman from Indianapolis, Indiana, Herbertz was named the newest beneficiary of the Sullivan Foundation Scholarship totaling $10,000 in funding each year.

A recent graduate of Herron High School in downtown Indianapolis, Herbertz pursued Lees-McRae as a means to continue his athletic career as a cyclist while earning his EMSM degree. He said the EMSM program’s small class sizes, state-of-the-art simulators and enthusiastic professors supported his life-long involvement with Boy Scouts of America.

“[In Boy Scouts of America] I had the opportunity to learn lifesaving skills and get hands-on in emergency situations,” Herbertz said. “This is important to me because if I’m going to be a paramedic I want to have the best training possible, and I believe that I have found that at Lees-McRae.”

The Algernon Sydney Sullivan Foundation presents scholarships to students at 25 private colleges and universities across the American South. First established at Lees-McRae in 1936, the Sullivan Scholarship is awarded to one incoming freshman who demonstrates exemplary personal character and a commitment to service above self. Additionally, the selected student must exhibit noble character as the aggregate of features and traits related to ethical and moral values, including honesty, morality, ethics, integrity, responsibility, determination, courage, and compassion as evidenced by service in the community.

Amy Anderson, the Algernon Sydney Sullivan Foundation campus liaison at Lees-McRae College and dean of business and management, will work with Herbertz and fellow scholarship recipients over the coming years. They will attend retreats and field trips to further develop their community leadership skills.