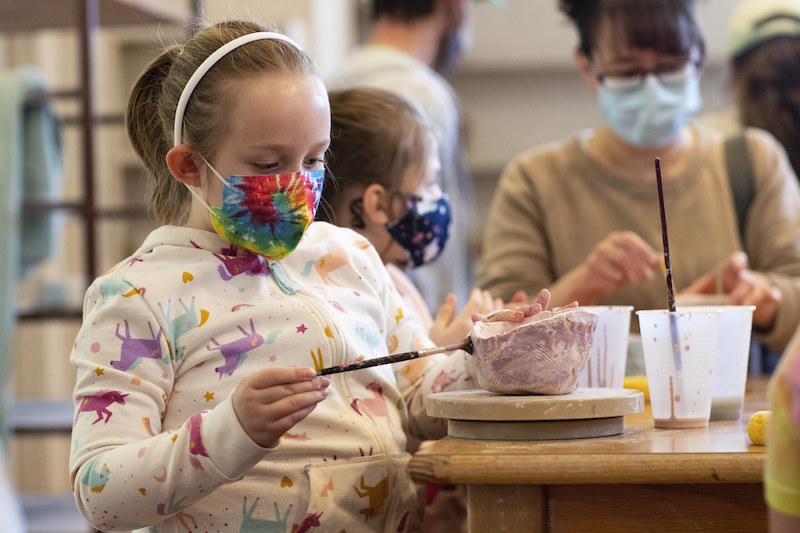 Pottery is one of the world’s most ancient—and useful—arts, practiced since the early days of humankind. It’s not an easy skill to master, but, with some help from Brenau University’s Center for the Arts & Design, members of Girl Scout Brownie Troop 11917 are well on their way.

The brownie troop members earned their potter badges during classes held Feb. 12 and 26 at the Simmons Visual Arts Center on Brenau’s campus in Gainesville, Ga. They learned about clay and then got to build their own ceramic pots and other items. After the pieces dried and were fired in the kiln, they returned to glaze their pieces before a final firing.

“We’re teaching the children that ceramics are another positive way for self-expression,” said Huy Chu, an assistant professor of art and design and studio arts program director at Brenau, a Sullivan Foundation partner school. “Gainesville and the surrounding area has a rich ceramics history. This is a great avenue for them to connect with that history.” 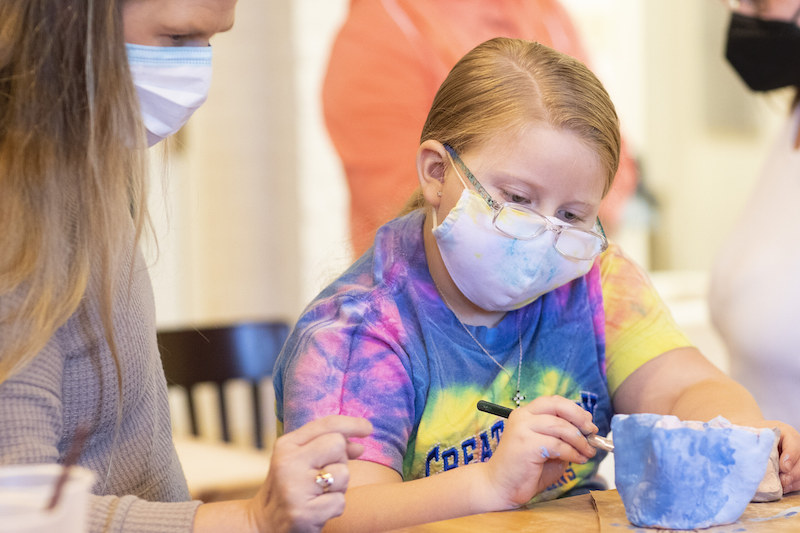 Elizabeth Manfroni, mother of scouts Sophie, 8, and Clara, 6, said the classes were fun while also providing a great learning experience. She said the scouts recently earned their first-aid badges.

“It’s been really great to see how it’s empowered the girls,” said Manfroni, as she helped Sophie put the finishing touches on her Pikachu.

In addition to her Pikachu, Sophie also made a dog, a pot and a snowgirl. “She may not be perfect, but I still love her,” she said of her snowgirl, which she topped with a blue flower and painted-on bangs.

Sarah, 7, daughter of Kelly and Ian Peters, who both work at Brenau, was excited to be earning her potter badge. “It’s been so cool,” she said as she painted the restaurant that her brother, William, 3, made during the first of the two classes. He was sick and unable to make the second class.

Related: How one Mary Baldwin University student is using her MBA to improve education for dyslexic youths 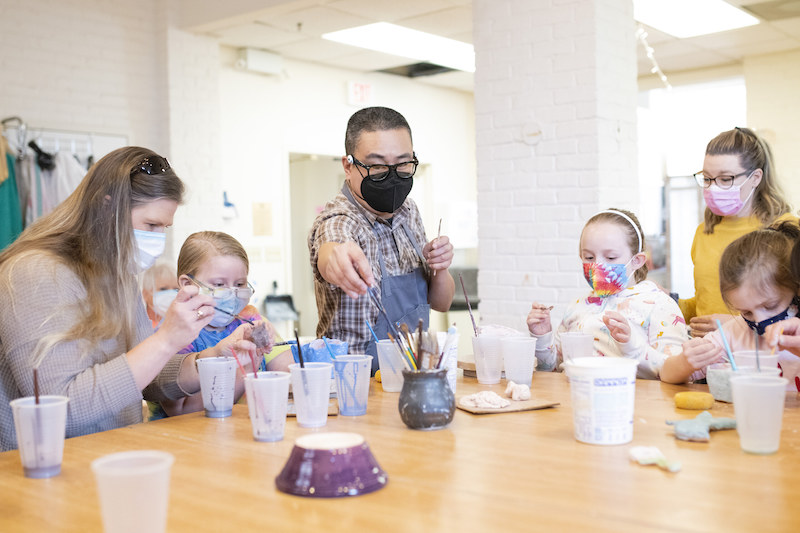 Sarah said she’s also looking forward to getting her snack-making badge. “Trail mix is my favorite snack,” she said.

Kelly Peters, troop leader and assistant to Brenau’s executive vice president and CFO, said Chu was the first person who came to mind when the scouts expressed an interest in completing the Brownie potter badge.

“I emailed him to see if he would be willing to help them earn this badge, and he immediately replied that he would be happy to help,” Peters said. “He was even willing to give up two Saturday mornings to accommodate my troop’s usual meeting times.”

Peters said Troop 11917 met for an hour and a half each day to complete their projects.

“I hope the Brownies and their families had a memorable event at Brenau,” Chu said. “When they show their badge to others, they have a great story to share on how they achieved it.”

While this was the Center for the Arts & Design’s first time working with scouts, Chu said he hopes to do similar events in the future.

This story has been edited from the original version appearing on the Brenau University website. 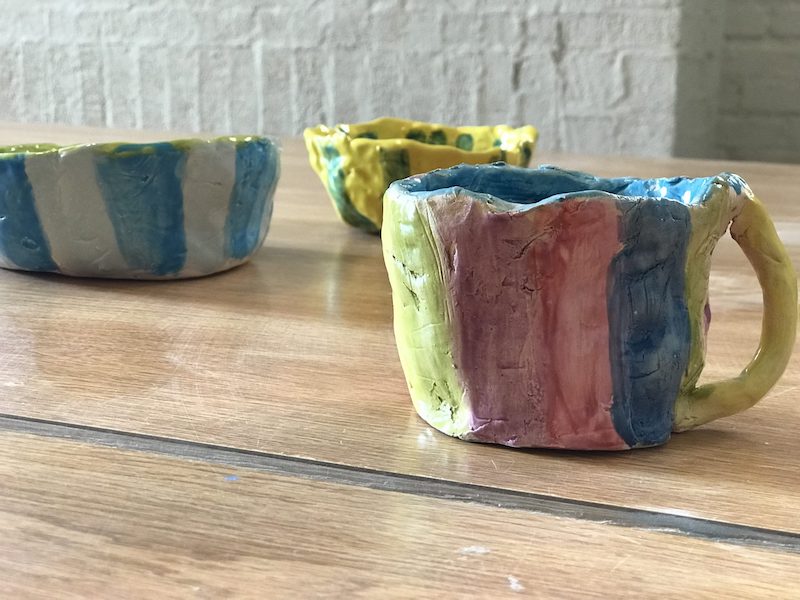