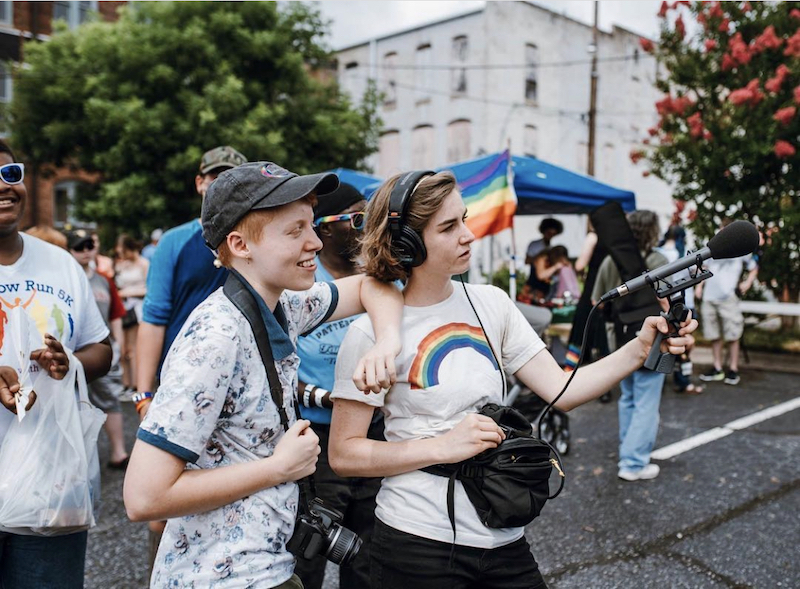 As states across the country continue to pass laws that make the lives of LGBTQ Americans even more difficult, social change leader Brennan Lewis faces an uphill challenge in their fight for equity and inclusion—and keeps right on fighting.

A facilitator and coach at the Sullivan Foundation’s upcoming Fall 2022 Ignite Retreat, Lewis served for two years as Fellow-in-Residence: Regional Manager for Peace First, where they led the organization’s peacemaking programs in the U.S. and Canada. The Peace First Challenge helps young people (ages 13-25) create and lead social justice projects in their communities. Peace First provides young peace advocates with mini-grants of up to $250 for their projects, along with mentorship, digital tools and access to a global community of changemakers.

This will be Lewis’s third go-round as an Ignite Retreat coach. Held twice a year, the event brings together a team of facilitators, coaches and conspirators who lead college students on a journey to discover how they can change the world in a positive way, whether through social entrepreneurship, the nonprofit sector or public policy leadership, among many possibilities. This year’s retreat takes place Oct. 7-9 in Black Mountain, N.C.

Click here to learn more about the Ignite Retreat and to register.

Lewis is “passionate about many issues across the sphere of social justice work,” but their primary focus is on LGBTQ activism and community organizing. “Growing up queer in North Carolina transformed my understanding of injustice, and much of my work is deeply influenced by the experiences, positive and negative, my friends and I had as LGBTQ young people in the South,” Lewis said.

“Right now, I’m spending a lot of my time thinking about how policy and law impact transgender youth in the South,” they added. “I’m especially angry about [laws] in Texas limiting trans youth’s access to affirming care and requiring reporting affirming adults to authorities. I’ve lost young LGBTQ friends to suicide and overdoses, and I can’t stand the thought of losing a single additional young person when there is so much that all of us can do to help and support the LGBTQ kids and young adults in our communities.”

Texas isn’t alone in its efforts to restrict the lives of LGBTQ Americans and limit open discussion on issues that impact them. Earlier this year, Iowa Governor Kim Reynolds signed a bill that bans transgender women and girls from competing on sports teams consistent with their gender at the state’s schools and colleges. The law defines “sex” as the sex listed on the student’s birth certificate or adoption certificate “issued at or near the time of the student’s birth.” Similar bills have been passed into law in Mississippi, Alabama, Arkansas, Florida, Montana, Tennessee, Texas and West Virginia.

Florida Governor Ron DeSantis also signed into law a piece of legislation—dubbed the “Don’t Say Gay” bill by its critics—that regulates teaching about sexual orientation and gender identity in public schools, even as student groups and pro-LGBTQ activists across the state adamantly protested the bill’s passage. 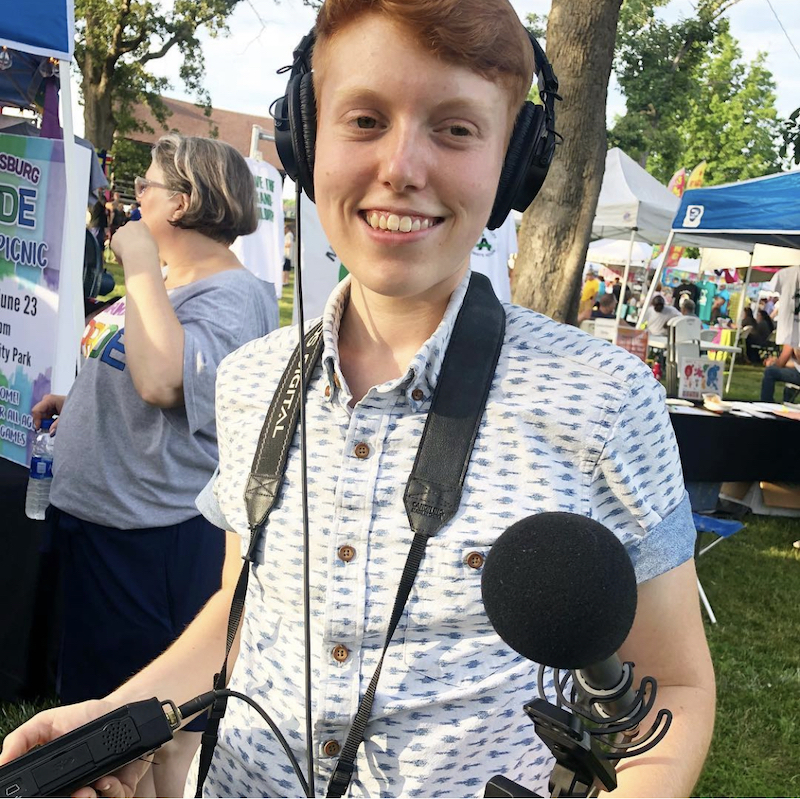 Ignite Retreat facilitator Brennan Lewis founded QueerNC at the age of 15 and received the national Peace First Prize while a student at the University of North Carolina-Chapel Hill.

In 2015, Lewis, then a student at Sullivan Foundation partner school University of North Carolina-Chapel Hill, was one of five winners of the national Peace First Prize, which is awarded to young leaders of social change. They received a two-year $25,000 fellowship with Peace First to further their peacemaking work.

“Young people aren’t the future,” Lewis said. “They’re changing the world right now, and I want to be there for it. I’m excited about supporting young people to create change in their communities and helping adults to step back and make room. When I aged out of my own youth group, I passed leadership on to new high school students, not adults. I knew how important it was for me to learn to lead, make mistakes, and design a program that was powerful and impactful for the people it served. Stepping back was vital to do that.”

Jasmine Babers, the publisher of Love Girls magazine and another coach at this fall’s Ignite Retreat, invited Lewis to sign on as a facilitator for the Fall 2021 event and Lewis “jumped at the opportunity,” they recalled. “I left my full-time role at Peace First in August of 2021, and I was stoked to have a chance to keep working with and learning from students. I love helping folks to dream up project ideas to address problems in their communities, and facilitating the project track for Ignite felt like the perfect fit. I met so many incredible students last year, and I can’t wait to come back in a few weeks.”

Lewis, who currently works as a fulltime dog walker while remaining intently focused on change-leading activism, believes in the power of “deep listening and leading from behind.”

“I have a very different leadership and presentation style compared to some of the louder and more exuberant folks at Ignite, and that stands out for students who might feel a bit more reserved,” they noted. “It’s hard to see yourself as a team leader or social entrepreneur if there’s no one like you at the table. I really like for students to spend most of the time in my workshops sharing their own stories, talking to one another, and exploring new ideas. I’m not here to tell folks what to think—I want to ask good questions and support them while they figure it out in their own time and in their own way.”