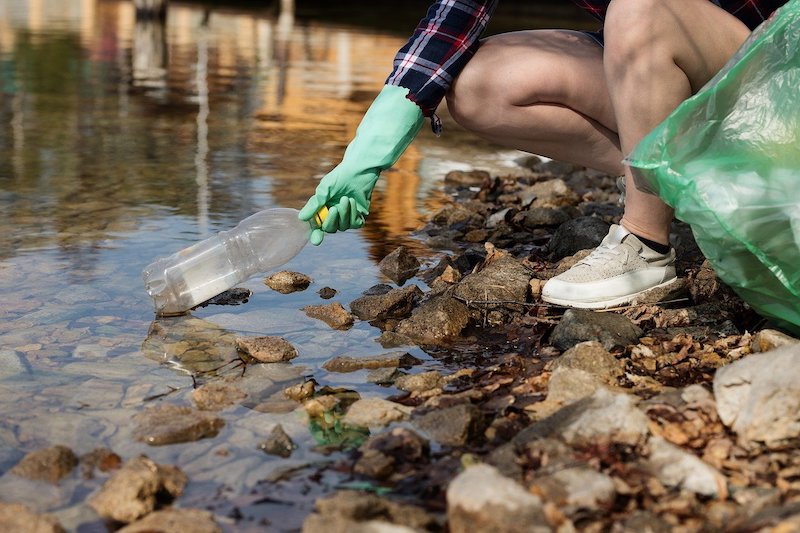 The state of California struck a well-aimed blow against plastic pollution on Sept. 25 when Gov. Gavin Newsom signed a law that will require plastic beverage containers to be manufactured with recycled material—in amounts that will significantly increase over the next 10 years.

Plastics News said the legislation may be “the world’s toughest” law covering recycled content in plastic bottles, noting that it exceeds the European Union’s standards. But the online publication said legislators, under pressure from special-interest groups like the American Beverage Association, watered down the bill with “what some described as potentially significant ‘off ramps’ for companies to seek waivers that could limit the law’s impact.”

Plastic News reported that early versions of the California law required 75 percent recycled content in plastic bottles, but complaints from the beverage and bottle-making industry convinced legislators to soften the bill.

The American Beverage Association’s membership includes soft drink giants like Coca-Cola and PepsiCo. Coca-Cola has already pledged to switch to 50 percent recycled materials by 2030. PepsiCo last year said it would increase the amount of its recycled content to 35 percent by 2025.

California currently requires glass bottles sold in the state to be made of 35 percent recycled material, while 50 percent of newsprint must be made from recycled content, according to The Mercury News.

The law’s supporters believe it will help boost demand for recycled plastic, reduce litter in waterways and roads, and lower consumption of oil and gas used to manufacture new plastics. “This is the most ambitious, aggressive recycled plastics content law in the world,” Mark Murray, executive director of Californians Against Waste, told the Mercury News.

Out of the estimated 12 billion plastic bottles sold in California each year, about 70 percent are recycled, according to state statistics. Still, more than 3 billion bottles are not recycled and usually end up in landfills or as litter.

The problem of plastic pollution has been complicated by China’s decision two years ago to stop accepting many waste plastics for recycling. That left collectors of used plastic with few options for selling the material.

“We are doing a really good job of collecting things for recycling,” Murray said in the Mercury News story. “The difficult part has been finding an end-use market for it. This new law is about closing the loop. Now companies that manufacture the plastic bottles have to buy them back. They’ll have the responsibility.”

In a website post, Californians Against Waste said the law “has some characteristics that have made it a model [of] efficiency.”

“Like all bottle bills, the payment of a deposit by consumers (California Redemption Value or CRV) is the backbone of the program,” the post explains. “Consumers pay $0.05 for containers under 24 ounces and $0.10 for containers over 24 ounces. That money is returned to consumers when they recycle their containers or is ‘donated’ to a curbside operator or nonprofit recycler, depending on how the consumer chooses to recycle the container.”

The bill also requires manufacturers of beverage containers to pay a fee that goes to recyclers, helping them offset the cost differential between the cost to recycle that type of container and the value that type of recycled material fetches on the marketplace.

“Because the processing fee is much higher for difficult-to-recycle container types, like #3-7 plastic, California’s bottle bill incentivizes manufacturers to design their products with recyclability in mind.”

“The time has come for companies to step up and help us be good environmental stewards,” Ting told The Mercury News. “By boosting the market for used plastics, fewer containers will end up as litter.”