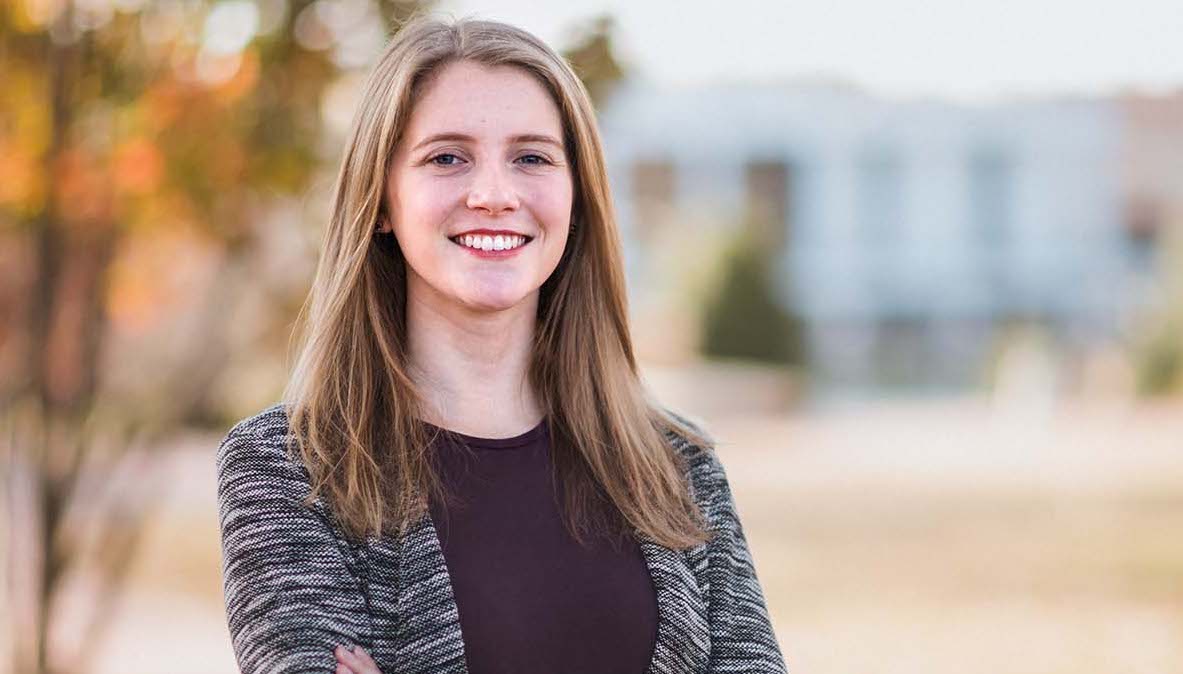 Carly Malcolm has been awarded the Algernon Sydney Sullivan Student Award at Clemson University for demonstrating Mr. Sullivan’s ideals of heart, mind and conduct as evidenced by “generous and unselfish service to others.”

Malcom was one of two students who received the prestigious Sullivan Award. The other student winner was Dina Altwam. The non-student award went to faculty member Dr. Rhondda Robinson Thomas.

Malcolm majored in language and international health, an integrated degree program that combines studies in health sciences and a language (Spanish). She minored in gender, sexuality and women’s studies. Both her major and minor programs are offered in the College of Architecture, Arts and Humanities.

She came to Clemson University from High Point, North Carolina, as one of six National Scholars in 2016. As members of Clemson’s most elite academic merit program, National Scholars receive scholarships that cover tuition, fees and other expenses, in addition to special advising, mentorship and enrichment opportunities, including a funded study-abroad trip after their first year.

Malcolm has combined her interests in health policy and gender equity to improve the Clemson community by addressing issues of sexual assault and domestic violence and support services for survivors. She has gone above and beyond interest and advocacy, taking action on behalf of others, the university stated in a press release.

“Receiving this award is very meaningful to me because it recognizes the importance of improving resources for survivors of sexual violence at Clemson,” Malcolm said. “I have been honored to work alongside many passionate and talented students and staff who are dedicated to serving this community and making Clemson a safer, more equitable environment for all.”

During her time at Clemson, Malcolm was involved in student government, UNICEF and several Honors College programs. She studied in Stellenbosch, South Africa, and visited other cities—such as Durban and Johannesburg—while she was there. In 2018, Malcolm completed a summer internship with the American Public Health Association in Washington. As part of her major, she also studied in Córdoba, Argentina, and completed an internship at a hospital there.

Related: Steffi Kong, recipient of the Mary Mildred Sullivan Award at Converse College, “excels at everything she does”

As a senior, Malcolm took part in a yearlong Creative Inquiry undergraduate research project called “Stories of Refuge, Detention and Hospitality.” In the program led by professors Angela Naimou and Joseph Mai, each student met with someone being held at the Stewart Detention Center in Lumpkin, Georgia, and listened to personal stories about immigration and becoming a refugee. The students later presented their findings at a symposium.

Malcolm said she is especially proud of the work she has done at Clemson as a member of It’s On Us, a student-led movement to end sexual assault on college campuses, and as an interpersonal violence prevention intern in the Office of Access and Equity. As part of her internship, she raised awareness about issues of consent, sexual assault and bystander intervention and helped provide educational programming on those topics.

“As an alumna, I will continue to support the movement to improve survivor resources at Clemson and look forward to seeing the progress that will be made,” Malcolm said.

In the coming months, Malcolm will begin a Lead for North Carolina government fellowship. The program, run by the School of Government at UNC-Chapel Hill, also a Sullivan Foundation partner school, aims to cultivate the next generation of public service leaders. Malcolm will work with the Register of Deeds office in Guilford County, helping develop a new Community Innovators Lab. She described the project as a creativity incubator for planning, developing and delivering knowledge and resources in her hometown.

This article has been edited slightly from the original version appearing on the Clemson University website.