Study Abroad France: Immerse Yourself in European History at the Château de Pourtalès

This article is one of a series about the Sullivan Foundation’s upcoming Study Abroad France program, taking place June 24-July 23, 2022, in Strasbourg, France. The program, titled “Leading for Impact & Innovation,” offers college students a once-in-a-lifetime opportunity to perfect their leadership skills and learn from leading social entrepreneurs in Europe while earning 6 academic credits at their college or university. Applications are due by March 15. Click here to learn more about this unique study-abroad adventure.

The Sullivan Foundation’s upcoming Study Abroad France program offers more than an opportunity to build your leadership skills and study with some of Europe’s leading impact entrepreneurs. It’s also a chance to immerse yourself in the rich and storied history of your temporary home, Château de Pourtalès, built around 1750 in beautiful Strasbourg and the former residence of wealthy European aristocrats.

Melanie de Bussière—known in royal circles as the Countess de Pourtales—was a prominent salonnière in Parisian high society and a courtier to the French emperor, Napoleon III, and his empress, Eugenie de Montijo. The daughter of Baron Alfred Renouard de Bussière and Sophie Melanie de Coehoorn, the countess presided over one of the most famous salons of the Second French Empire at her home, the Château de Pourtalès. 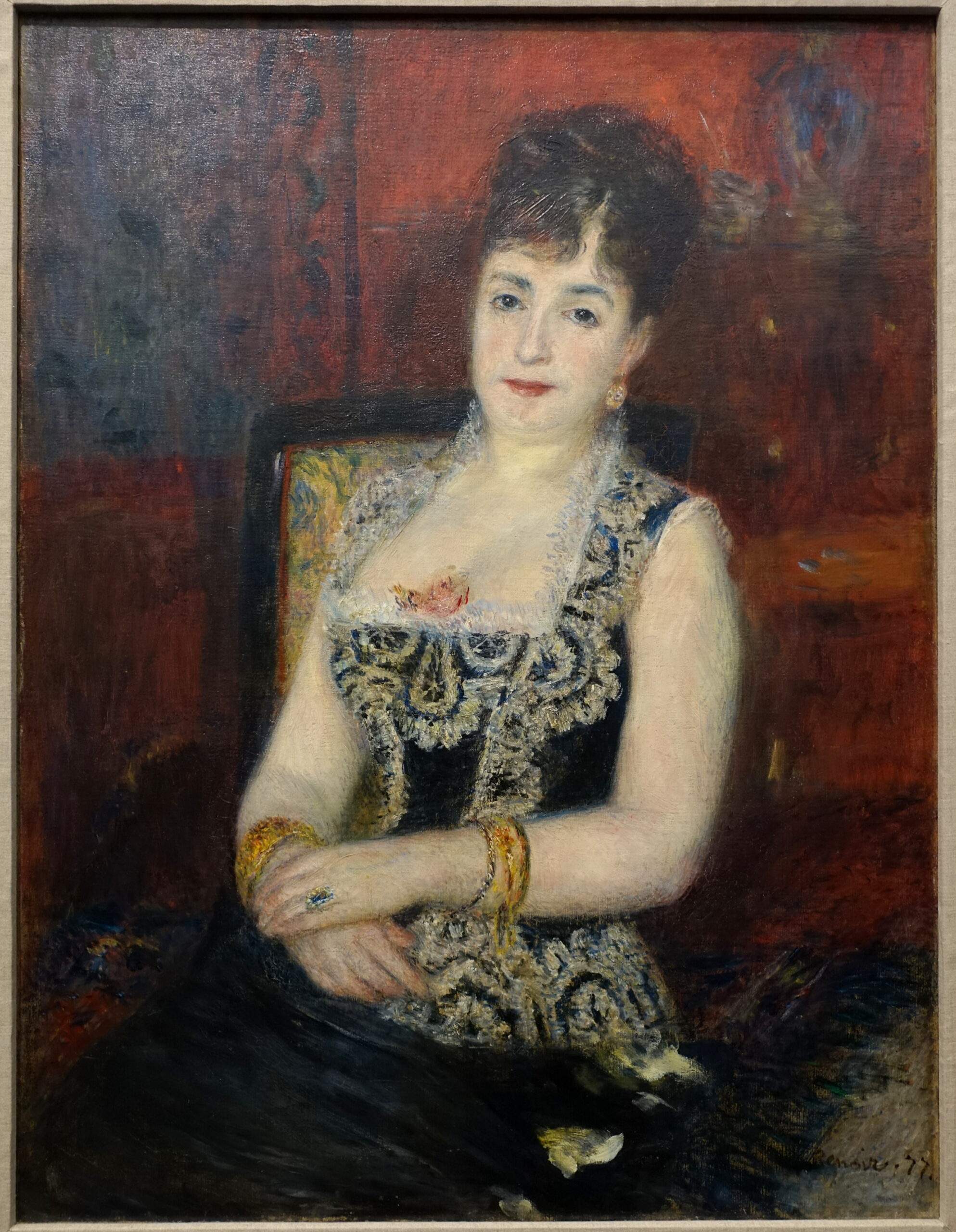 A portrait of the Countess de Pourtalès by Pierre-Auguste Renoir, 1877

In her role as a French socialite, the countess hosted many of Europe’s most notable figures, including the emperor and empress, the philosopher and humanitarian Dr. Albert Schweitzer and the famed Hungarian composer, Franz Liszt, as well as Ludwig I, the King of Bavaria. She also sat for a portrait by the celebrated French artist, Pierre-August Renoir.

Often described as a “fairytale castle,” the Château de Pourtalès fell into the hands of the Germans during World War I and again in World War II. During the latter war, it was used to house high-ranking Nazi officials before Allied Forces liberated the castle and took it over for a short time after peace was declared.

After being converted to a university briefly, the castle fell into disrepair until Dr. Walter Leibrecht, the founder of Schiller International University, purchased and restored it to house the university’s students for a quarter of a century. In 2009, the château was transformed by its new owners, Harald and Ulrike Leibrecht, into a hotel, where many members of the European Parliament have resided during parliamentary sessions.

During your study-abroad stay at the Château de Pourtalès, you might find yourself rubbing elbows or sipping coffee with some of Europe’s leading policy makers and business leaders. Head into the city itself, and you can visit the formal seat of the European Parliament, enjoy sweeping views of the Rhine River, stroll the city’s numerous pathways, ride in a tram car, and steep yourself in Franco-German culture—Strasbourg is, after all, a border city near Germany.

It’s also an ancient city. Strasbourg was officially founded in 12 B.C. by the Romans but, prior to that, served as a permanent settlement of the early Celts from around 1,300 B.C. No doubt Druid priests worshipped and performed mysterious pagan rites in its nearby forests before the Romans muscled their way into the territory. The city and its environs were a battleground on and off for centuries, conquered by the Franks in the fifth century, recaptured by the Holy Roman Empire, seized by Louis XIV in 1681 and occupied by German forces in the 20th century’s two world wars.

Today, in addition to hosting the European Parliament, Strasbourg is home to the Council of Europe and the European Court of Human Rights.