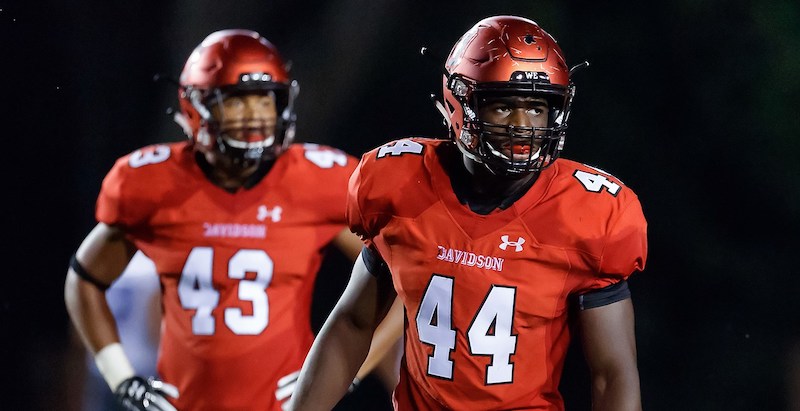 Chibuike “ChiChi” Odo is a scholar, a football player and a leader with a “servant’s heart,” and his commitment to placing service above self has earned him the 2022 Algernon Sydney Sullivan Award from Davidson College.

“ChiChi is the most connected, involved and personable scholar-athlete I have ever coached,” Davidson Wildcats head football coach Scott Abell said. “I would be hard-pressed to find an individual on campus who hasn’t had a genuine conversation or positive interaction with him.”

“ChiChi’s volunteer service, character and spiritual qualities only touch the surface of the impact he has made during his time at Davidson and foreshadow the massive impact he will make on the world,” Abell added. “ChiChi has a servant’s heart, loves people, and is committed to excellence in everything that he does.” 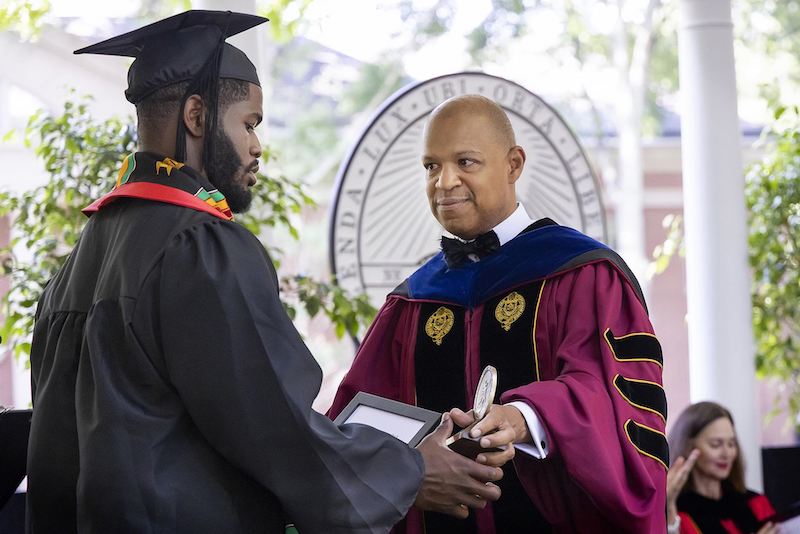 Odo builds relationships and pours his positivity into the lives of those around him through his internships, including one last summer with a local church. He was involved in planning weekly events and coordinating service opportunities. He concluded the summer by leading a full Sunday service.

Odo is also the president of Davidson’s Fellowship of Christian Athletes and is a lead volunteer at the Ada Jenkins Center, which serves underprivileged youth and their families in the local community.

On top of that, he was named to the 2021 All-State Good Hands Team, which selects college athletes from around the country that make the strongest impact in their communities. Odo has also led two service/mission trips to Costa Rica over spring break.

Additionally, Odo was named a 2022 Thomas J. Watson Fellow. The fellowship is a one-year grant for purposeful, independent exploration outside the U.S. Odo said he would use the grant to promote the mental health of elite athletes in Kenya, the United Kingdom, Australia and China. The McKinney, Texas native plans to focus on how mental health initiatives are integrated into national individual and team sports.

This article has been edited from the original version appearing on the Davidson College website.