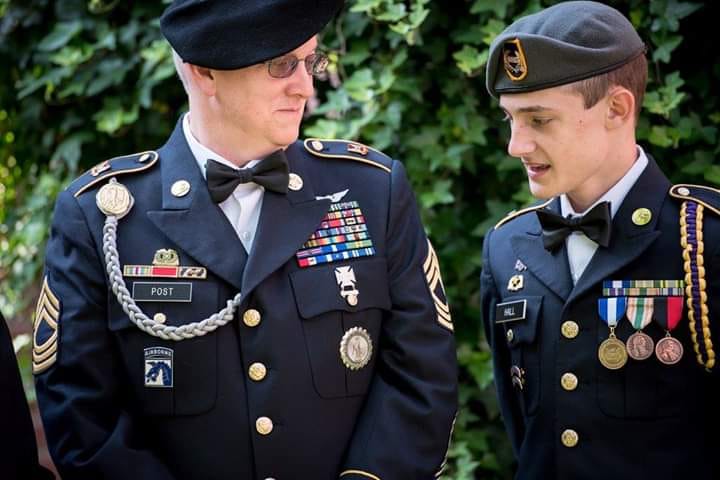 “I realized that veterans are oftentimes only remembered on Veterans Day, Memorial Day and Christmas,” said Hall, a business administration major from Columbia. “They are veterans, however, the other 362 days of the year as well.

“If you ask people my age, they seem unaware of what a veteran is and the sacrifices they have made,” he continued. “It’s important we consider that many of these veterans suffer from issues related to how they were perceived when they returned home. It’s imperative to understand what a veteran is and how they both interact with and influence their environment.” 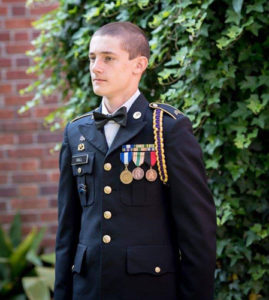 Christian Hall founded Christian’s Hope for Vets when he was just 16 years old.

Feeling inspired, Hall created his charity, Christian’s Hope for Vets, with his mother, Dr. Alison Post, and stepfather, Master Sgt. John Post. John Post currently serves in the National Guard and is a veteran of Operation Iraqi Freedom and the peace-keeping force in Kosovo.

The charity works to bring awareness of veterans’ causes to Hall’s generation and raises funds to assist several veteran-based charitable organizations providing for veterans’ daily needs. In fact, since its creation two years ago, Christian’s Hope for Vets has raised more than $10,000 for its cause.

“Further, our mission is to increase events and visits for veterans at various locations during times of the year other than veterans-based holidays,” Hall said.

As part of his charity work, Hall has:

Hall participated in JROTC in high school, earning a rank as a cadet and second lieutenant.

For more information on Christian’s Hope for Vets, visit the website. For more general information, contact Nicole Chisari, communications coordinator, at 803-323-2236 or chisarin@winthrop.edu.

This story was edited slightly from the original article appearing on the Winthrop University website.