George Mason Graduate Student Advocates for Those With ‘Invisible Disabilities’ 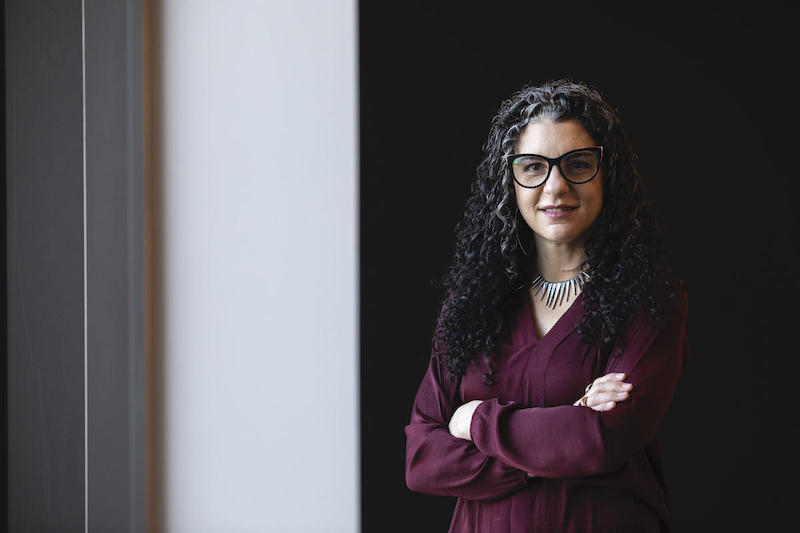 In March 2020, just as the pandemic was beginning, Christine M. Condo, a graduate student at Sullivan Foundation partner school George Mason University, published an essay in the Washington Post that changed her life.

Thousands of people reacted to the piece titled, “‘You don’t look autistic’: The reality of high-functioning autism.” Some of those comments were from people saying, “You just described my life,” which was something Condo had aimed for as an autism advocate. But it still surprised her.

“It was really the first time in my life that the person I am underneath all this was actually seen,” said Condo, who is pursuing a master’s degree in English with a concentration in professional and technical writing. “I still get emotional talking about it because it was so incredible.”

She said that not only is autism misunderstood, it’s largely underdiagnosed, especially in women, people of color and in other cultures. Many have a stereotypical view of what someone with autism looks like—often a white male. It was partly this stereotype that drove Condo to write the essay.

“I was getting tired of the comments, ‘You don’t look autistic,’ because I felt like it really minimized the experiences that I’ve had my whole life and the amount of work that goes into that disguise and how psychologically painful it can be to have to hide who you really are,” she said. “I decided somebody needs to say something because this is happening everywhere, and people don’t realize it.”

It turns out Condo was that somebody. When she talks about the “disguise,” she is speaking about the challenges of appearing “neurotypical,” which can be physically and emotionally exhausting.

“So many of us are faking it,” she said.

Condo wasn’t diagnosed until 2015. She made it through public school systems and two bachelor’s degrees in writing-related subjects, one at James Madison University and the other at University of Maryland, without anyone realizing that there was something wrong with the way she processed information. She suspected it, though.

“I started becoming aware that my information processing was very, very different from that of my classmates,” she said.

As an undergraduate, Condo, who describes herself as hyperlexic, struggled with trying to prioritize what information was important when studying. So she attempted to master everything. A full course load was a challenge for her.

“It’s been a journey,” she said of finally getting a diagnosis. “And the more I learn [about autism], the more I think about my struggles growing up, when I thought I wasn’t trying hard enough or I wasn’t paying enough attention.”

Condo has made it her mission to change the dialogue about autism. In fact, her research and her thesis are devoted to this topic.

She also writes and talks about what she calls the “Autism Paradox.”

“We can simply just stop hiding our autism, but then we won’t be employable,” she said. “Or you can do what I do, which is hide your autism. And then people are like, ‘Well, you’re not really autistic. You don’t need any accommodations.’”

Her concerns extend beyond autism to what she calls “invisible disabilities,” which she believes is probably one of the next hurdles for the United States.

“There’s been a lot of progress on getting accommodations for physical disabilities,” she said, “but there’s this huge cohort of people like me with invisible disabilities or whose disabilities aren’t apparent, such as low vision or hard of hearing. There’s no place for us in the disability laws.”

She added, “We still live in a culture where the onus is on the person with the disability to make sure that able people are comfortable around them.”

Still, Condo considers herself lucky. She has a partner and a family who support her and her advocacy work, including her sister, Andrea Kendall, who is a licensed clinical social worker “who gets it” and has become the “go-to therapist for teens and young women with autism.”

Condo and her sister are working on sharing her research at future conferences. That’s one of her goals for the year. Another goal was to publish two more articles, which she did. One of those was published in February in The Washington Post: “I’m autistic. I’m hoping I can wear a mask for the rest of my life.”

Mason’s Department of English and Condo’s other professors also appear to get it. Not only have they been able to address Condo’s requests for accommodations, she has worked as a graduate teaching assistant for a multidisciplinary course taught by English professor Heidi Lawrence and as an intern in the department.

“Working with Christine is a delight—she always adds insightful dimensions to class discussion, is an incredibly talented professional writer, and has built a career in professional writing that is inspiring to her classmates,” Lawrence said. “It has been so inspiring to see the advocacy work she has taken on in addition to her always-exemplary class and program work. We are lucky that Christine is in our program!”

This story has been edited slightly from the original version appearing on the George Mason University website.