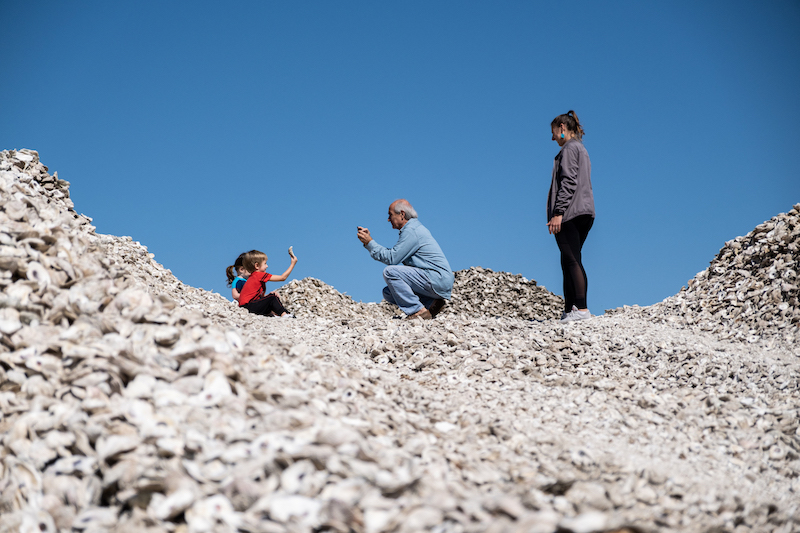 Nationally and globally, much of the conversation about climate change has been territorial and political. In Mississippi, state leaders have spoken of it rarely, if ever. However, the state’s science, industrial, agricultural and energy sectors have been working to address change and devise strategies.

A desire to explore the issue more in-depth led University of Mississippi School of Journalism and New Media professors and students to study the topic within the state. The result is the project Climate Change in Mississippi that focuses on “what is,” not “what if.” In other words, practices, not policy.

Charlie Mitchell, a journalist and associate professor of journalism who helped lead the project, said the premise was that too many people have formed opinions about climate change without seeing how it relates to their daily lives. The project aims to report this relevance as a factual resource among political chatter.

“Climate change is a super-broad topic, and much reporting is along political lines or appeals to emotion,” Mitchell said. “The students worked to identify front-line people in Mississippi dealing with change directly or indirectly and tell their stories about what’s happening, what’s being researched and what’s expected.

“The point was to deal with fact, not speculation or opinion.”

Jared Poland, a senior integrated marketing communications major from Chattanooga, Tennessee, plans to work after graduation in public relations at an agency, nonprofit or for a political action committee.

“I saw this class as an opportunity to use my public relations skills to shed light on the effects of climate change felt by everyday Mississippians,” he said. “The depth reporting class gave me the opportunity to spend time creating a series of stories that describe at length the 2019 floods in the Mississippi Delta and how the backwater flooding related to climate change and affected individuals.” 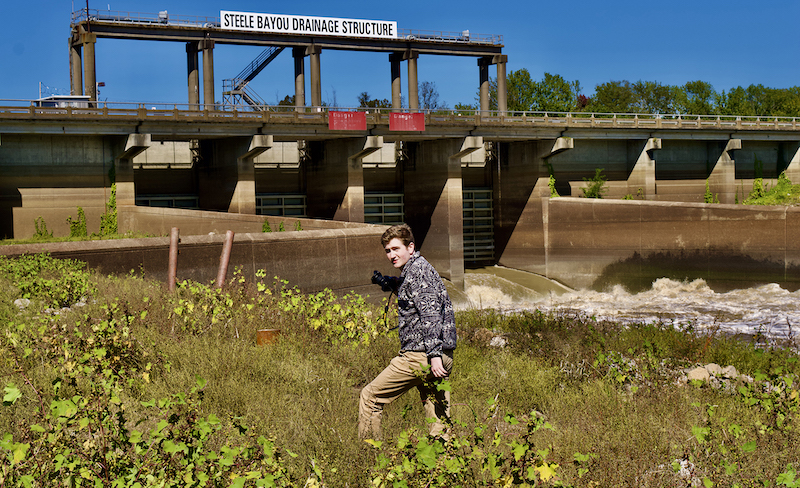 Poland said he immersed himself in the issue, traveling to the Delta twice and speaking with community leaders, locals, a climatologist and other knowledgeable individuals about the floods and the pumps.

“I was able to see firsthand the hardships they had faced due to the flooding and was able to speak with them about the proposed pump project that almost everyone believed was the solution to the floods,” he said. “I also learned about their lives, their families, their passions and their hardships caused by the floods.”

Students honed their research, interviewing and writing skills and worked to become better at identifying relevant facts and sources, then weaved the information into an understandable and compelling narrative.

UM’s journalism school has a history of producing relevant depth reports on national and international topics ranging from the emerging economy in post-war Sri Lanka to the intersection of good food and poor health in the Mississippi Delta, Mitchell said.

“Former Dean Norton identified this topic as crucial, and it was decided students here and students at the University of Nebraska would tackle the topic simultaneously,” he said.

This issue has affected Delta residents since the early 1900s, Poland said. “The project that is believed to be the solution to the floods was originally proposed in 1941,” he said. “I was able to speak with individuals who have spent their entire life dealing with floods and fighting for solutions to prevent them.”

“As someone deeply interested in politics, I was fascinated by the pumps project and the political discourse and conflicts that have unfolded surrounding it, including the EPA’s veto of the project in 2008. It has been a heavily contested political issue and remains one today,” he added.

Poland said others who take the course should use it as an opportunity to deeply explore the topic. “It was the first project of this size I have ever taken on, but with the help of my instructors, it truly was one of my favorite experiences during my time at Ole Miss,” he said. 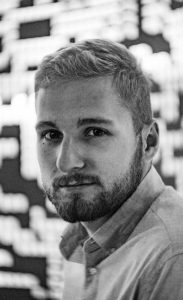 Schuerman is a senior journalism major from Houston, Texas, with a print emphasis and an environmental studies minor. “I enrolled in the class because, after I heard about the project, I knew there would be an opportunity to produce content about a subject I am very passionate about,” he said.

Schuerman, who hopes to work as a photojournalist and be published in National Geographic someday, said the class was different from others he’s taken. He traveled across the state helping other students create multimedia.

“Projects like this are where I have learned the most in my time at the University of Mississippi, so it was a logical step forward for me,” he said. “I feel that I always learn more when working in the field than purely sitting in the classroom.”

Fagans, an assistant professor of journalism, said he tried to ask questions to get students thinking about how to better cover their story area and how to tell it with infographics, photos or illustrations. “As with many of our ‘outside the classroom’ reporting opportunities, students learn valuable lessons when they get out into Mississippi and meet, interview and tell the stories of our residents,” he said.

Edmonson, a senior journalism major from Tupelo with minors in English and creative writing and an emphasis in social media, said she was curious about the effects of climate change in the state. Her focus was on saltwater aquaculture on the Gulf Coast, where she traveled with Fagans and Schuerman. 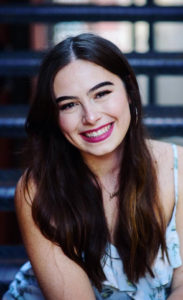 “Throughout the trip, we interviewed several people who are involved in the commercial fishing industry, specifically the oyster industry,” she said. “We toured the last oyster-shucking house in Mississippi, watched how oysters are bred and rode a boat out to an oyster farm. That trip is something I’ll hold onto forever because we got to interact firsthand with people who are experiencing real issues as a direct result of climate change.”

Students also interviewed people about possible solutions in the works, which “added a bright spot to an otherwise disheartening situation,” she said.

“I hope that, because of this project, people recognize that climate change is real and it is causing real repercussions, even in Mississippi,” Edmonson added. “Mississippi is rural and not nearly as populated as other areas of the country that are experiencing major effects of climate change. So, I feel like it often gets overlooked in the big picture of climate change.”

This article has been edited slightly from the original version appearing on the University of Mississippi website.