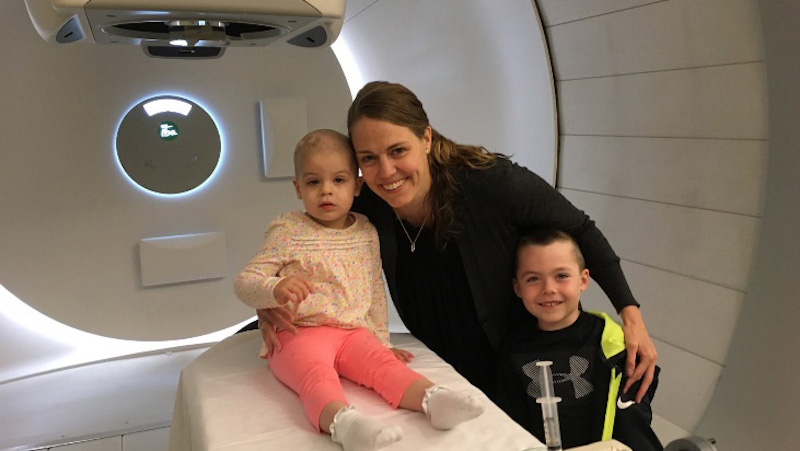 Tatum Fettig doesn’t expect and would never want you to understand what she and her husband, Jeff, have gone through since their daughter, Teagan, was diagnosed with brain cancer on Dec. 5, 2016—the day after her second birthday.

“Nobody wants to be a part of this club,” she said. “It’s the place you do not want to live.”

But the unchangeable fact was that they were members forever, and Tatum soon realized that being in the club was about the only thing worse than feeling so alone inside. They desperately needed hope and to find people who could comprehend what they were going through, But, due to HIPAA rules for protecting patients’ privacy, doctors could not provide that kind of information, and Tatum was disappointed with the limitations of the support she found on social media.

“Tate and I thought there had to be a way to leverage technology to allow parents to find other parents and connect with them in the way that they want to,” said Meghan Slining, Tatum’s sister and an associate professor of health sciences at Sullivan Foundation partner school Furman University. “That’s how this whole idea actually started.”

The idea became reality in August with the launch of Community Heals (CoHeals), the world’s first mobile app designed to connect parents and caregivers who have children with cancer. Unlike traditional social media platforms and other online groups, CoHeals allows users complete control over with whom they interact and how, providing the opportunity for highly specific connections based on diagnoses, treatment stages, age and gender. There is even a geolocation option for in-person meetings.

Research has shown that this kind of interaction between parents and caregivers is important to mental health, because only others in the same situation can truly validate their feelings and understand the overwhelming stress they’re experiencing. These connections also provide sources of information and other resources. 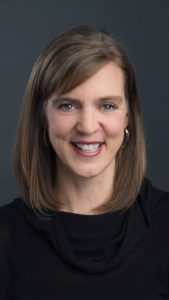 “I spent a lot of time with my sister in the hospital, and so many friends are doing everything they can to help my sister’s family,” Slining said. “But none of us know what she’s going through, and the doctor can’t say if the person in the room right next to you has the exact same cancer.”

Teagan had medulloblastoma, which, despite being the most common cancerous brain tumor in children, is a rare condition. Coincidence allowed Fettig to meet another mother in Seattle Children’s Hospital whose son also had medulloblastoma. The relationship they forged—as Teagan suffered through a dangerous nine-hour surgery, six months of chemotherapy, 30 radiation treatments and countless appointments with therapists—made Fettig realize she had to find a way to bring other people in their situation together.

Soon thereafter she, Slining and their father, Tom Slining, formed Sweet Tea Cancer Connections (STCC), a Seattle-based 501(c)(3) nonprofit, to figure out how to do just that, even though none of them really knew where to start.

“When you face life or death, you say to yourself, ‘I don’t have a clue, and I don’t care,’” Fettig said. “I have a background in high school counseling. This learning curve is something that I’ve welcomed, because Teagan has been struggling a lot and there’s something to be said about giving some purpose to the pain.”

Once STCC began sharing Teagan’s story and asking for help, it flowed in—free of charge. Two groups of graduate students at the University of Washington developed the framework for the app and created a marketing plan, while Slining has brought an interdisciplinary group of researchers together from across the country to address a severe shortage of knowledge and resources for people in her sister’s position.

“We need money for a cure. Yes, we do. But that’s kind of what blew my mind as a scientist: How little money is going toward supporting these families,” Slining said. “This is unfortunate that there are so few people doing work in this area, but we feel good that we got some of the leading thought leaders on our team.”

Slining has also found support across a broad spectrum of the Furman community. The Osher Lifelong Learning Institute named STCC the top faculty/staff presentation at the 2019 Innovation Hour. Meanwhile, the Furman Institute for Innovation and Entrepreneurship featured CoHeals in a two-part episode of its Class E Podcast while also serving as a consistent source of guidance about getting a startup off the ground. 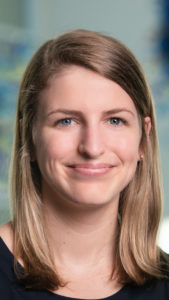 Morse, a program manager for the Global Center for Medical Innovation in Atlanta, has volunteered as a business advisor for STCC. “Meghan and Tatum have done an amazing job identifying a need and building a meaningful solution to solve that need,” Morse said. “They’ve been open to every collaborative opportunity and have taken the time to get buy-in from champions and receive input from stakeholders. They’re truly an inspiring team, and I have been fortunate to have the opportunity to be part of their journey.”

Beason is a public health major at Furman and a cancer survivor herself. Although Slining was her advisor, she didn’t learn about CoHeals until attending a CLP featuring Slining as one of the panelists.

“She was talking about this Sweet Tea Cancer Connections, and my jaw was on the floor. I was over the moon about what she was talking about,” Beason, a native of Winston-Salem, North Carolina, said. “I had been diagnosed with cancer when I was 17, so since then I have been set on fire to give back to this community that helped me through.”

That has included creating projects in a digital storytelling class to help spread Teagan’s story and illustrate how her diagnoses led to the CoHeals app.

“I have to say, that time in the hospital can be very daunting and lonely, and it’s a lot on parents. Outside of those hospital doors people are there to give you meals and help you in different ways, but they can’t relate to you on any sort of closeness at that level,” Beason, who hopes to go into clinical research, said. “By connecting with Dr. Slining and this team, I was healing through my own journey because I was giving back.” 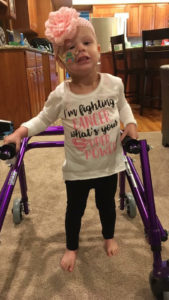 Teagan Fettig has been cancer-free for four years.

Teagan’s sixth birthday is tomorrow, one day before her four-year anniversary of being cancer-free. Every six months for at least the next 20 years doctors will make sure it has stayed that way with sedated MRIs, and her rehabilitation road remains long. But CoHeals has helped Fettig keep moving forward, and she hopes now the app will empower others to do the same.

“We are so grateful for birthdays and the true celebration of life they are,” Fettig said. “Somehow my daughter is still alive, and I didn’t think that was going to be possible. How can you truly enjoy life and every moment? Because you think about that all the time. So the hope is that the app will not only connect but also contribute to some of the research to help our community.”

Donations to Sweat Tea Cancer Connection and the CoHeals app can be made here.

This story has been edited from the original version appearing on the Furman University website.