Shenandoah SGA President: “We Really Have the Power to Make Change” 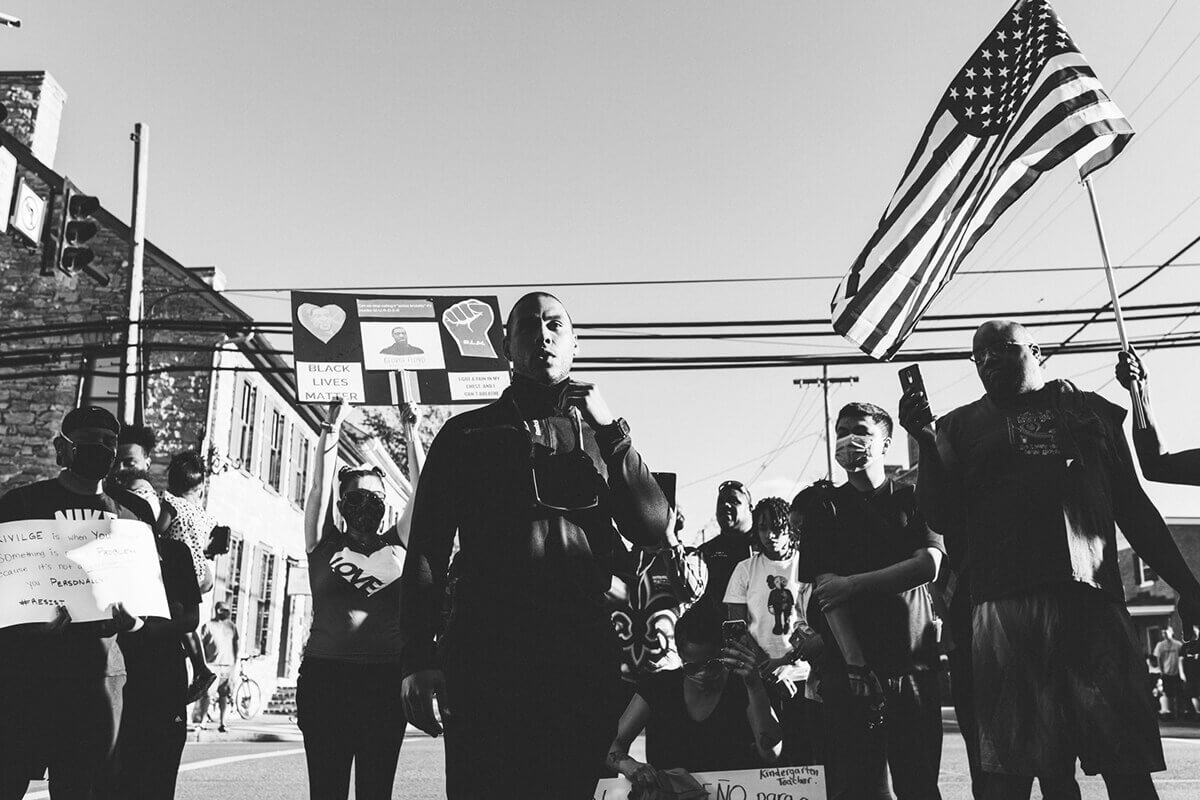 When De’Angelo Wynn, an MBA student and president of the Student Government Association at Sullivan Foundation partner school Shenandoah University, joined with fellow students and community members for a protest against police brutality and racial injustice in downtown Winchester, Va., last May, he quickly realized he was “where I was supposed to be.”

The march was inspired by the killing of George Floyd by Minneapolis police, a seminal event that touched off a massive protest movement nationwide. On that day in Winchester, the protestors carried signs and chanted “No justice, no peace,” and “Say his name: George Floyd.” Their march took a path that eventually led to a roundabout outside the Timbrook Public Safety Center, which houses the City of Winchester’s police force. Toward the end of the event, a police officer clasped hands with two of the protesters.

Prior to the march, Wynn, a military veteran who served in Afghanistan, spontaneously addressed the crowd of protesters. Afterwards, he came to realize that social change is possible, even when it comes to racial justice—an issue that has plagued the United States since its founding.

“While participating, I felt like I was where I was supposed to be,” Wynn said later. “The energy and emotion were palpable. The love and unity were amazing, and for once I felt like, ‘Damn, we really have the power to make change.’”

Wynn, who grew up in Georgia in “a huge brown family,” said he and his family members have always experienced racism—judicial, educational, and within society at large.

“Seeing the unfair treatment that members of my family had to deal with made me angry and frustrated even many years later,” he recalled. “So when I witnessed the murder of George Floyd, I saw my brother. I saw my uncle. I saw my mother. Therefore, I couldn’t remain silent. I had to come out to the protest to be heard. Enough is enough.” 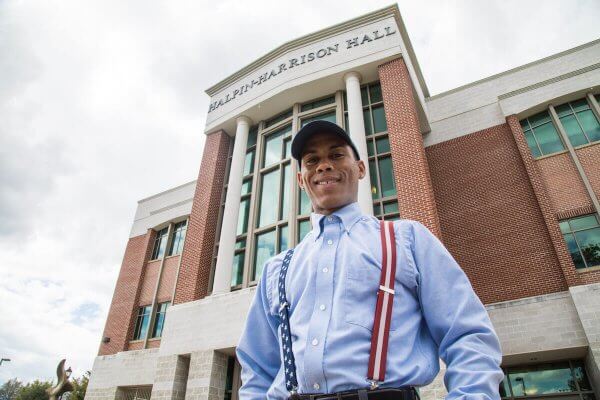 Prior to enrolling at Shenandoah, Wynn served as a bodyguard for chaplains during combat deployments in Afghanistan and also traveled on “hero flights,” where fallen service members were given last rites. His non-combat deployments took him to South Korea; Okinawa, Japan; the French territory of New Caledonia in the South Pacific; The Philippines; and Brunei, a tiny country on the island of Borneo in Southeast Asia. During his deployments in these countries, he participated in projects like teaching English and building orphanages and a school.

Wynn received a medical discharge due to bipolar and post-traumatic stress disorders and an Achilles tendon rupture. At Shenandoah, he became president of the campus organization, Shenandoah Veterans and Supporters, and took time to let his body heal. He eventually became a Crossfit instructor and host of a popular weekly fitness class called “Dance Party With De’Angelo.”

The coronavirus pandemic was already in full swing at the time of the racial justice protest in Winchester, but Wynn said he didn’t fear for his safety during the event. “However, in the lens of the Covid pandemic, I never forgot the threat of the virus; it’s just [that] racism and social injustice took back their platform as the biggest pandemics in America, and, in that moment, I had to tackle those.”

Wynn said the Winchester protest was necessary—and it made an impact. “I believe that the protest helped to bring awareness to the fact that serious discussion and action are needed to address racism, social injustice and police brutality in America,” he said. “We joined with hundreds within this community and an untold number of people around the world to say enough is enough.”

Once the protests end, he said, those dedicated to dismantling racist policy can’t let up on their work. “We must continue to be agents of change by utilizing our voice and presence,” he said. “However, most importantly, it is my goal to bring awareness to the power of our vote.”

This article was adapted from two stories—here and here—about De’Angelo Wynn on the Shenandoah University website.