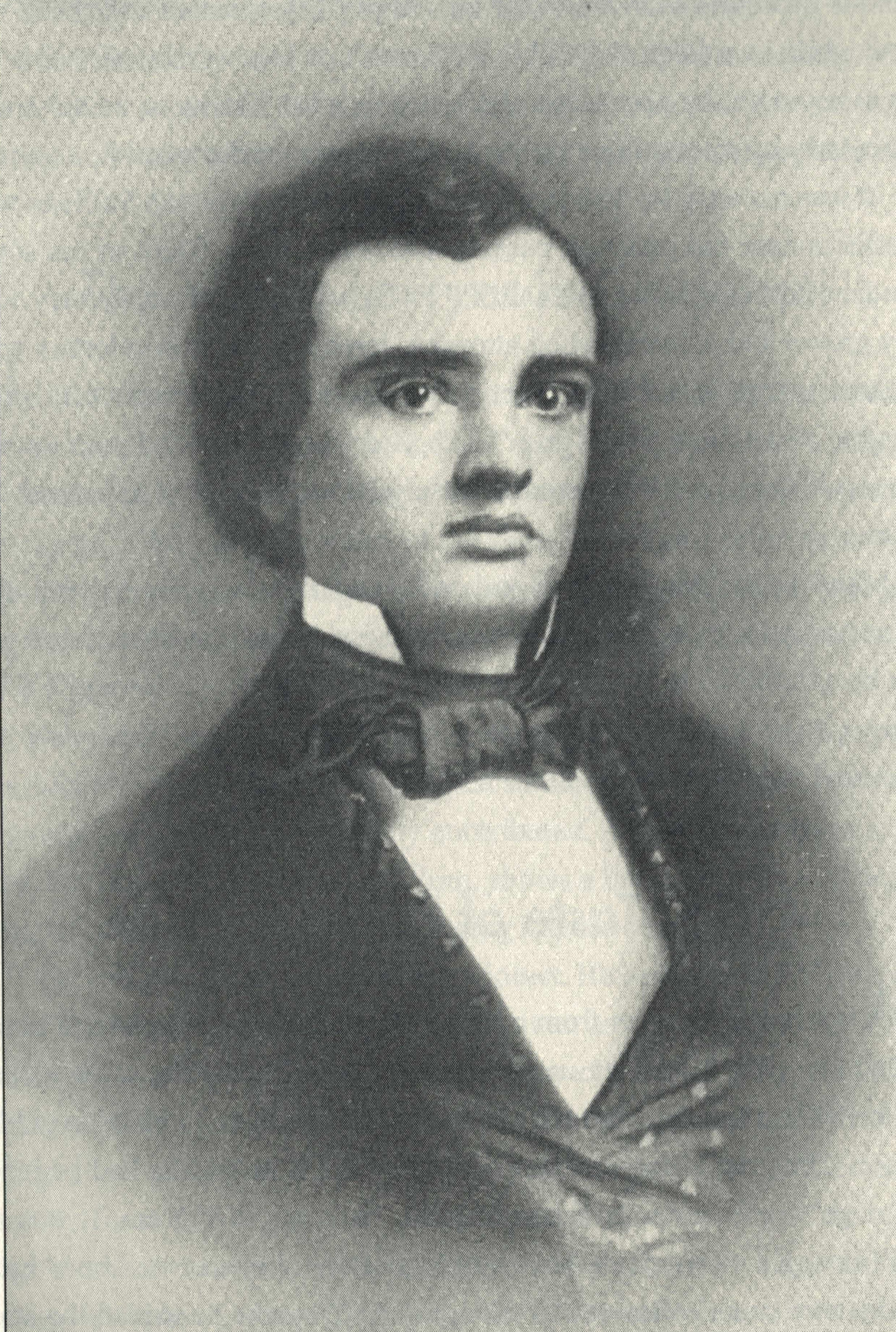 Sullivan was educated by his father, then helped educate the state of Indiana

Algernon Sydney Sullivan at the age of 23. This photograph, taken in 1849, is the earliest known image of Sullivan.

When Algernon Sydney Sullivan was growing up in Indiana, there was no public education system, as was true in most states in the first half of the 19th century. As a result, responsibility 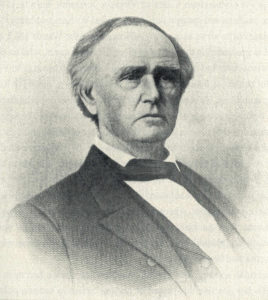 Jeremiah Sullivan, Algernon Sydney Sullivan’s father, was born and raised in Virginia but later became a prominent attorney and statesman in Indiana.

for the young boy’s education fell to his father, Jeremiah Sullivan.

Jeremiah Sullivan, fortunately, was a staunch believer in the value of education and would not stand for anything but a top-rate tutor for his son. An Englishman named Roswell Elms was hired for the job, and Algernon Sydney Sullivan, a naturally studious child, began studying literature, writing, and oratory in both English and Latin—skills that would later serve him well in his career as a lawyer.

That both Elms and Sullivan’s father held education in such high esteem had another impact on Sullivan, however, which was that he became thoroughly convinced that everyone should receive the same excellent training.

Sullivan went on to college, and, despite difficult health problems (Sullivan’s health was always frail; he would suffer bouts of sickness frequently through the rest of his life) managed to graduate from Miami University of Ohio in 1845.

He then returned home to Indiana to begin his training as a lawyer. Even as he prepared for that respected and lucrative career for himself, though, his burgeoning desire to be a servant of the public began to manifest itself.

A movement had been started in Indiana by a man named Caleb Mills. Mills was an education reformer who wished to see the establishment of public education in the state. In its early stages, the campaign was a decidedly uphill one. Residents did not want to pay the taxes that would be required to fund such a large public service.

Sullivan, of course, felt that the cost would be far outweighed by the benefit of a more educated populace, so he joined Mills’s efforts and began touring the state, putting the oratorical skills he’d learned from Elms as a child to work in an effort to sway public opinion. 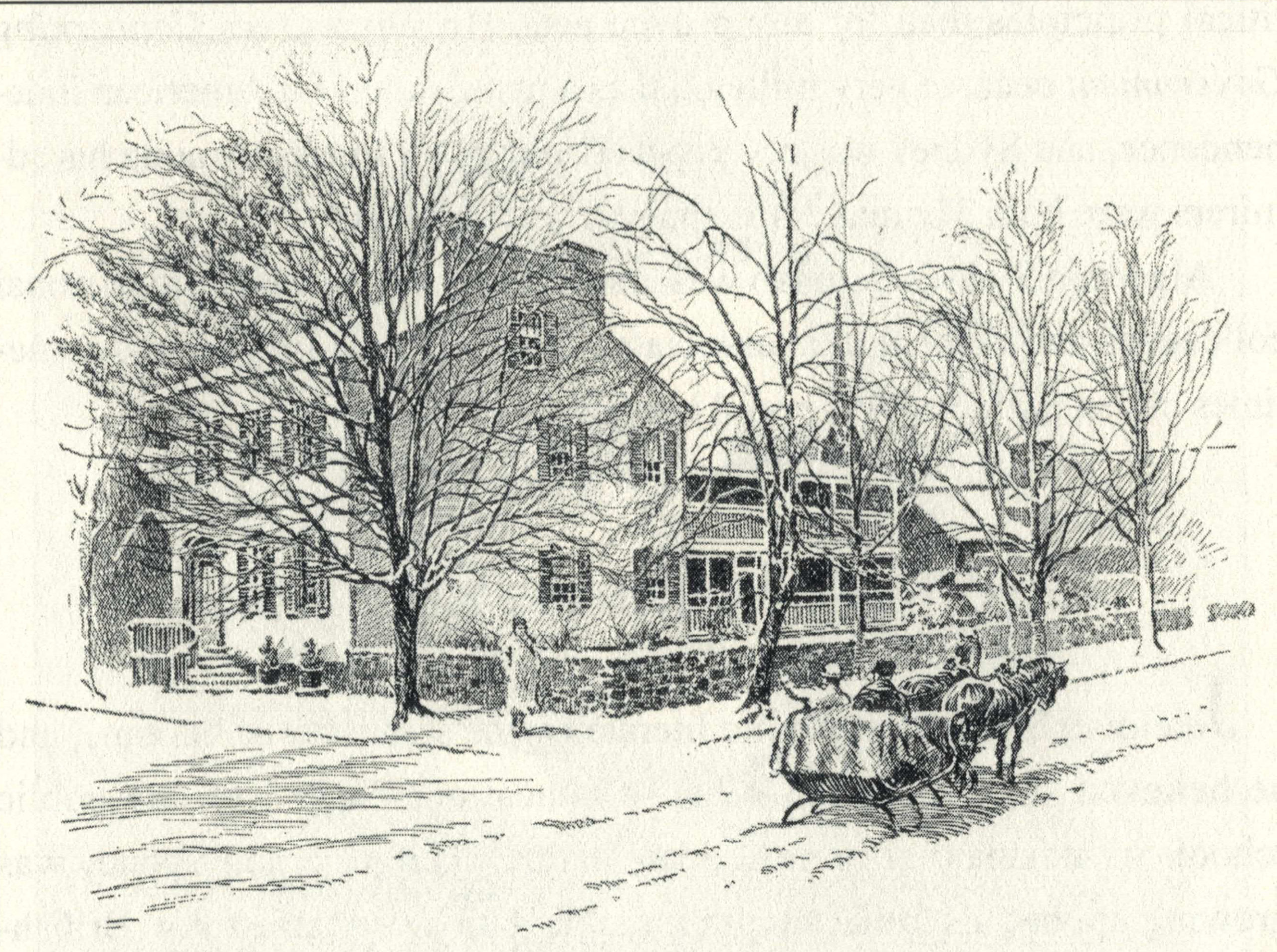 The Sullivan family home in Madison, Indiana, where Algernon Sydney Sullivan was educated by his father and his tutor, Roswell Elms.

The work was further training that would serve him in his legal career and perhaps laid the foundation for the life of service ahead of him. In 1848, a statewide referendum revealed that a majority of Indiana voters supported the establishment of public education, laying the groundwork for a statewide system.

Sullivan always credited his father, who was stern but also steadfastly ethical, for his moral dedication. A story from years later recounts that a colleague of his became frustrated and impatient with Sullivan because of his extreme scrupulousness. The colleague asked him, “Sullivan, have you ever been tempted to do anything which you thought was wrong?”

Sullivan reportedly thought about the question for a moment and then replied, “Yes, frequently, but I always thought of my dear old father and then I could not do it.”