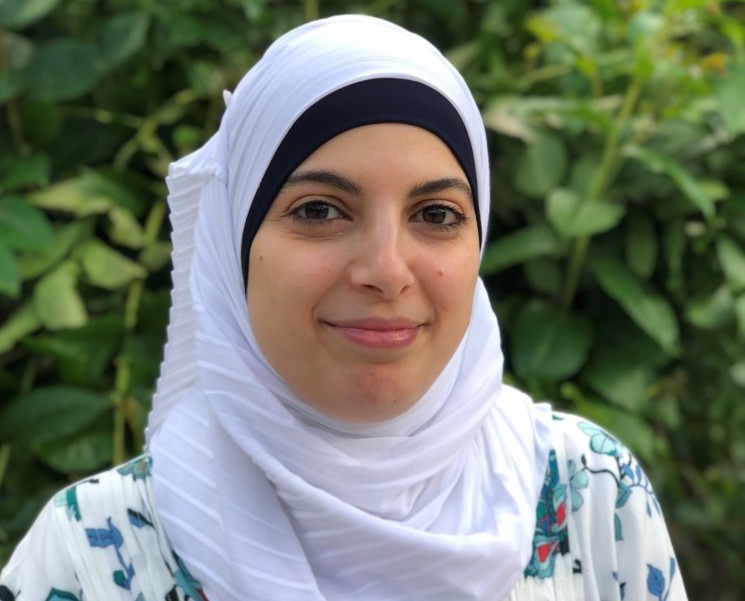 Dina Altwam is one of two Clemson University students who received the 2020 Algernon Sydney Sullivan Student Award, which is presented annually to two seniors for outstanding service to the university and the extended Clemson community.

Altwam, a single mother of three young children, is entering her final year in the College of Education’s five-year combined bachelor’s/master’s program. She works part-time, volunteers at her children’s school, and serves as a volunteer Sunday school teacher at the local mosque, while still finding time for campus and community service.

A first-generation American born to Palestinian parents, Altwam enrolled in online classes at Tri-County Technical College until her youngest child could go to school. She entered Clemson, a Sullivan Foundation partner school, in 2017 as an education major with an emphasis on math and science.

This year she will participate in the college’s Teacher Residency Program, working with a master teacher in one of the program’s partner schools for a year.

One of her nominators, Robyn Curtis, director of the Office of Major Fellowships, wrote that Altwam’s leadership in the Muslim Student Association is most noteworthy. Shortly after becoming the group’s president, she organized a tabling event to increase awareness. Someone posted photos of the event on social media with threatening comments. Altwam decided the threats were rooted in a lack of information and planned a week of Muslim Awareness programming that culminated with a dinner featuring keynote speaker Linda Sarsour, a nationally known political activist who co-chaired the 2017 Women’s March.

“Dina has shown incredible resilience in her path to education,” Curtis wrote. “She is deeply motivated to pursue a career not just as an educator, but as an advocate for increased tolerance in public education. She is a conversation starter and a difference maker on Clemson’s campus and in the broader Greenville community.”

College of Education Associate Dean Michelle Cook, who also nominated Altwam for the award, echoed Curtis’ comments. “Dina has worked tirelessly to educate, promote tolerance and understanding, and advocate on behalf of Muslim students on campus,” she wrote.

“I asked Dina’s professors to share their impressions of her,” Cook wrote. “One faculty member shared, ‘I found Dina to be a very mature scholar, asking questions and digging deeper into whatever topic we explored. I was so impressed that she had already developed her teacher voice, one that she shared frequently as an advocate for student equity.’”

Cook said the college faculty and administrators have supported the work of the Muslim Student Association and recognize the impact it has on the students in the college.

“Her leadership in this group and her service to the campus has been thoughtful and tireless, but it has come with hateful attacks and concerns about her safety,” Cook wrote. “However, as a leader and advocate for this association of underrepresented students on campus, she has confronted these issues with the instinct to educate and show grace.”

“I truly wouldn’t be where I am today without the support of everyone at the College of Education and at Clemson University. Winning this award is an honor and a privilege, and I thank you!” Altwam said.

“While at Clemson I have prioritized doing my part to improve religious tolerance on campus and in the community,” she added. “Now more than ever, we see the importance of intersectional approaches and improved cultural understanding. I will continue this work after I complete my master’s and begin teaching.”

This article has been edited from the original version appearing on the Clemson University website.