Rev. Dorothy Wells Sanders: MLK’s Work “Was Not Done, and Neither Is Ours” 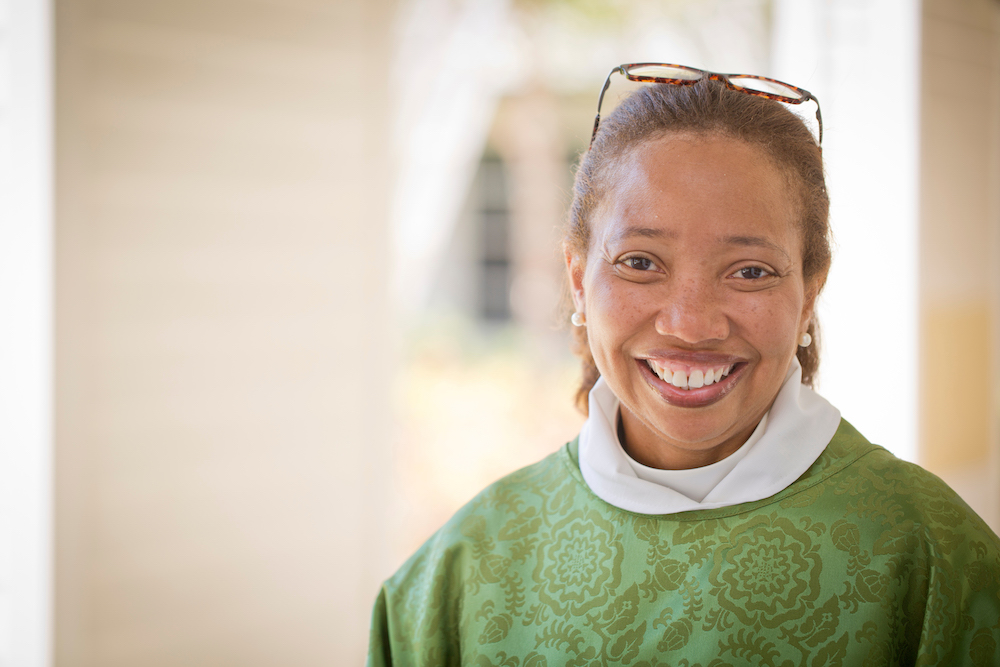 Rev. Dorothy Sanders Wells is carrying on the legacy of Dr. Martin Luther King in Memphis because, as she stated in a powerful sermon on the 50th anniversary of his assassination, “His work was not done, and neither is ours.”

A former attorney and 1982 graduate of Rhodes College, which presented her with the Algernon Sydney Sullivan Award in 2015, Wells advocates for the Black community through her work as a minister and works with several nonprofits in the Memphis area.

But, as Wells told the Sullivan Foundation, she didn’t always plan to be a minister—in fact, her career has been a long and winding one, from earning a degree in music at Rhodes to practicing law for nearly two decades and, finally, heeding God’s call to enroll in divinity school at Emory University.

She can trace her activism back to her tenure as a music major at Rhodes College, where she learned a lot more than music theory. There, she began tutoring elementary school students at a local neighborhood center and discovered a passion for justice, ethics and service to marginalized communities. After an accomplished four years at Rhodes—she became the school’s first African-American student to be inducted into Phi Beta Kappa—she went on to law school, then practiced with a Memphis firm and later became a corporate attorney for FedEx.

But God was calling her back. “After having spent 18 years practicing law in the Memphis area, I entered the ordination process in the Episcopal Church, attended seminary, and was ordained a priest,” recalled Wells, who now serves as the rector for St. George’s Episcopal Church in Germantown, a suburb of Memphis.

“The path to ordination was a long one for me,” she said. “The first stirrings that I felt of having been called to ordained ministry probably happened 10 years before I would ever say those words aloud. It’s been a wonderful and rewarding journey so far. I love parish ministry. I love serving God’s people. I love working in this community, and I love helping God’s people know how much God loves us all.”

Wells has sat on the boards of three Memphis-area community organizations, including the Metropolitan Interfaith Association (MIFA). She was MIFA’s board chair from 2018 to 2020. “MIFA was established after the assassination of Rev. Dr. Martin Luther King, Jr. and serves as the local Meals-on-Wheels organization and also the ‘home’ of the community homeless hotline and Rapid Rehousing team,” she said.

Additionally, she serves on the boards of Church Health (a community health partner for the underinsured) and the Community Alliance for the Homeless. She has also been “very involved” in the Room in the Inn ministry, a group of churches that provide overnight shelter for people experiencing homelessness. In her attorney days, she sat on the board of Memphis Area Legal Services, which assists people who lack access to legal resources.

Related: Jared Belcher: Listen to your “enemies” to better understand their fears and suffering

When the city of Memphis recognized the 50th anniversary of King’s assassination, Wells took to the pulpit at Calvary Episcopal Church on April 4, 2018, and urged her listeners to continue the civil rights leader’s important work. She had attended that same church as a student at Rhodes and considered it a second home, although it sits next to the site of a slave auction operated by Nathan Bedford Forrest during the mid-1860s.

In her sermon (see video above), Wells offered remarks about the painful legacy of slavery and the need for collective responsibility and accountability for the country’s past evils. She said Dr. King’s work “was not done and neither is ours.” The work “cannot be done,” she explained, as long as Black Memphians remain mired in poverty, are twice as likely to be unemployed as white Memphians, and “the vast majority of the underperforming schools in the state of Tennessee sit right here in Memphis and serve our poor and vulnerable neighborhoods.”

Wells’ own work as an anti-poverty activist continues to this day, as she detailed in her interview with the Sullivan Foundation. “Memphis is now a majority African American city, probably close to 65% now, and one-third of those persons live in poverty,” she said. “Nearly half of our community’s children live in poverty. Many of our families living in poverty are underemployed, are served by underperforming schools, and live in food deserts.”

Wells believes it’s time for people of means to start giving back to the underserved. “I would love for the privileged in our community to think for just a moment about how much better off our entire community would be if we would try to lift up some of the underemployed, undereducated, and underserved,” she said. “There’s so much potential here.”