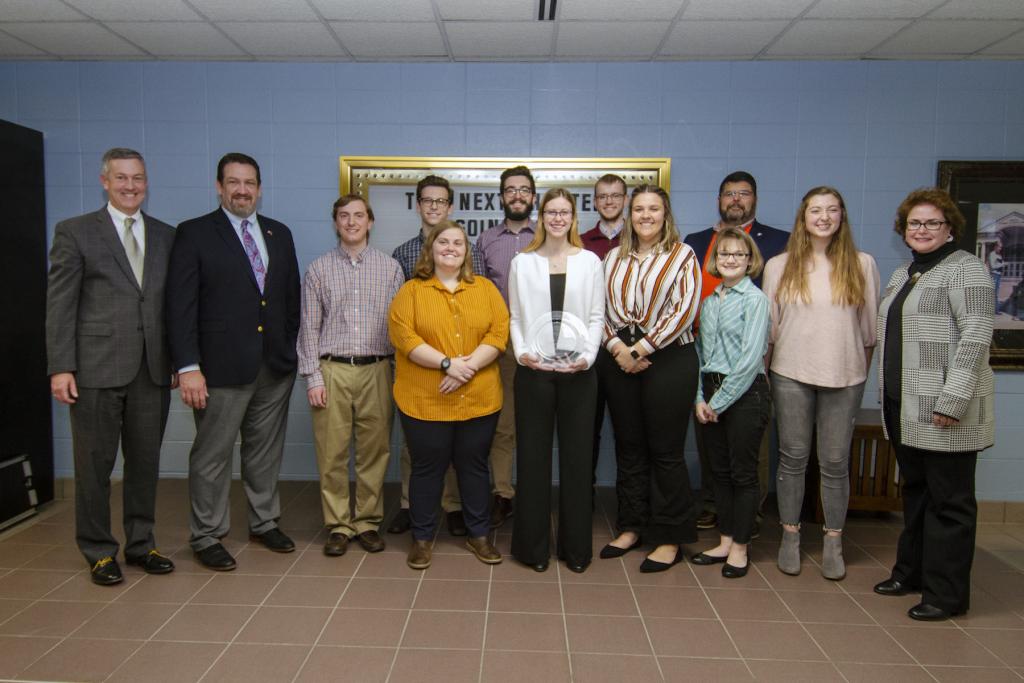 Tennessee’s Secretary of State Tre Hargett and State Rep. Jeremy Faison last month presented students with a trophy in recognition of their winning efforts during the 2019 Tennessee College Voter Registration Competition in the category of private colleges and universities.

Participating students told Hargett that the campaign fit well with Carson-Newman’s culture of helping and welcoming others. Thomas Fodor, a senior political science major from Talbott, said he enjoyed interacting with students and reassuring them that voter registration is an easy process.

Faison echoed that encouragement, noting that most voters are over the age of 55.

“We often hear people fighting for their rights. The right to vote is a right that you have to exercise,” Faison said. “Fight for what you believe in.”

The competition took place during September in honor of National Voter Registration Month. Every college and university in the state had the chance to compete by registering the most students to vote and to spread awareness of the campaign on social media using the hashtag #GoVoteTN, along with their school-specific hashtag. For Carson-Newman, the latter was #EagleVote.

The Eagle Vote Project is an effort of Dr. Kara Stooksbury’s senior seminar class. In 2019, the Bonner Center and Student Government Association also participated. In addition to social media, students set up tables in the cafeteria and student activities center and placed QR codes linking to online voter registration around campus.

“I’m so proud that my students are being recognized for their contributions to civic engagement,” said Stooksbury, chair of the Department of History, Political Science and Sociology. “Voting is one of our most important rights as citizens, and too often college students are left out of the electoral process because they don’t register to vote.”