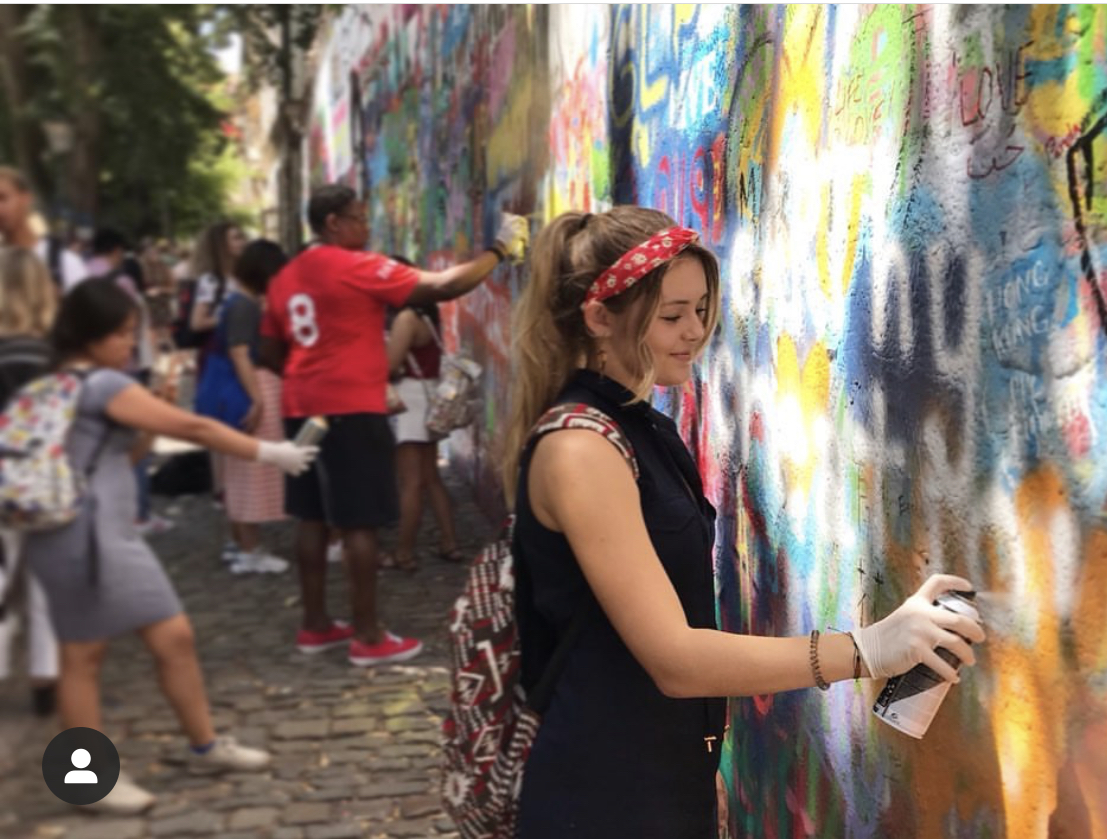 Before you toss that old wine bottle or cardboard box in the trash, give it a second look: Just because it’s empty doesn’t mean it has served its only purpose. For Bella Almeida, a student at Duke University and founder of eARThy Creations, many discarded items have the potential to become gorgeous sustainable art—and to make money for the artists themselves.

Almeida, who majors in Public Policy and minors in Chinese, attended the Sullivan Foundation’s study-abroad program in Prague this past summer and went home with an innovative idea for a social enterprise with a sustainable art focus: creating a network of college artists who turn used materials—many of which would otherwise end up in landfills—into objects of beauty and lasting value.

“Originally, I simply wanted to start a club at my school that allowed me to express my creative side and make a difference for an issue that really mattered to me—the environmental crisis,” said Almeida, who’s also working on her undergraduate certificate in Innovation and Entrepreneurship at Duke. “However, when I went to the study-abroad program and was pushed to think in terms of an ‘enterprise,’ I realized that the idea for eARThy Creations could be converted into a business model through the sale of the pieces.” 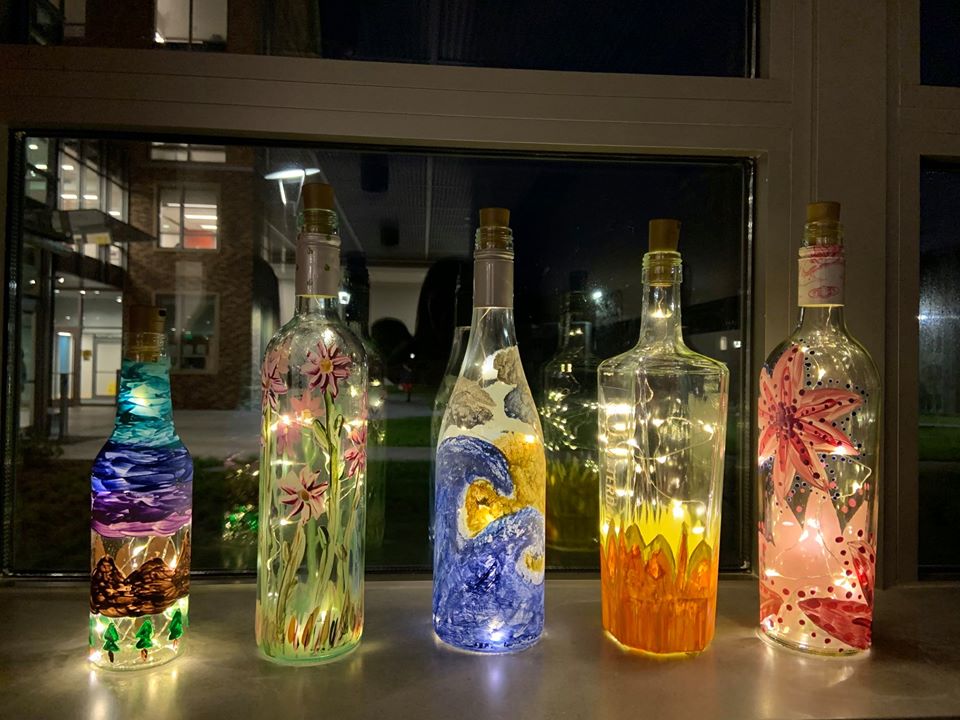 These painted wine bottles were created in a student workshop hosted by eARThy Creations.

Related: Join the Sullivan Foundation for our next summer study-abroad program in Edinburgh, Scotland, in 2020

The mission-driven enterprise is already off to an impressive start.  Almeida describes eARThy Creations as “an organization dedicated to directing the attention of students—the citizens of the future—to the problem of mismanaged waste through art.”

Every day Americans throw away millions of items that could be reused, recycled or repurposed. Mismanaged trash can end up as pollution in the world’s oceans or accumulate on beaches, harming physical habitats and wreaking havoc on biodiversity. According to the U.S. Environmental Protection Agency, plastic waste is a major offender, often getting transported by rivers to the ocean and moving with the currents. Birds and fish eat the plastic waste, building up toxic chemicals in their body tissues and filling their stomachs, ultimately causing them to starve to death.

Related: How to throw a zero-waste sustainable holiday party

As The Guardian reported earlier this year, a report by Tearfund determined that up to 1 million people die each year due to mismanaged waste, especially plastic pollution. Since plastic waste doesn’t break down naturally in the environment, it can block waterways and cause flooding, which can lead to the spread of waterborne diseases. Burning plastic waste also releases harmful toxins into the environment.

Almeida believes sustainable art can play a role in raising awareness of mismanaged waste and its environmental impact. She and her eARThy Creations team, Art Curator Abby Shlesinger and Art Director Alana Hyman, host weekly workshops in which any student, regardless of artistic ability, can learn to create sustainable art out of used materials. And the art is frequently stunning: painted flowers blossoming in wine bottles, colorful portraits on discarded cardboard boxes retrieved from a dumpster, Halloween-themed pots made of plastic bottles with exotic succulents peeking out. 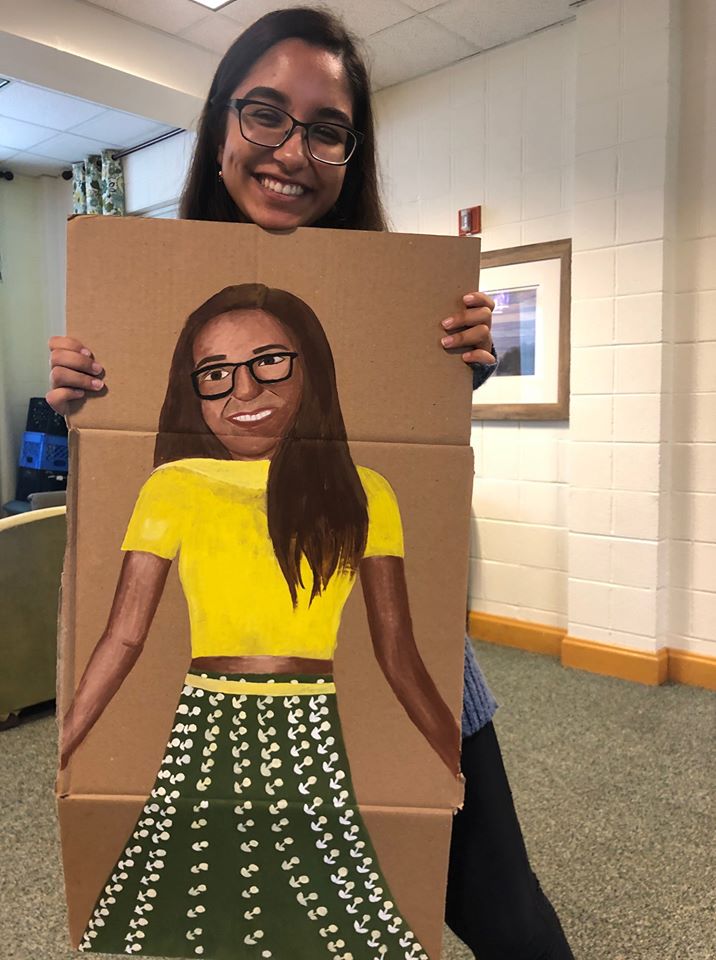 Artists’ self-portraits painted on cardboard will be featured in an eARThy Creations exhibit at Duke this month.

“Eventually, we plan to venture into larger projects,” Almeida says. “For example, making sculptures of people out of plastic bottles and sitting them on benches around campus as a way of garnering attention for the environmental crisis.”

Related: Billie Eilish will make her new world tour “as green as possible”

The organization has planned an art exhibit this month featuring artists’ cardboard self-portraits. “We plan to have another exhibit next semester with sculptures made out of broken pieces of various used materials based on the theme, ‘Shattered Earth,’” Almeida added.

Students featured in the exhibits will also be encouraged to sell their pieces on the eARThy Creations website. “The website essentially functions as an online art gallery for art made out of used materials,” Almeida said. “Just like in an art gallery, for each piece sold, the student artist receives 50 percent, and the other 50 percent goes toward operational costs. With the profits, we plan to help support the projects of budding eARThy Creations organizations at different universities.”

Almeida said the Sullivan Foundation’s study-abroad program was “a transformative experience that really helped me develop my business idea by teaching me to identify and research the problem, define a mission, assess costs and competition, set milestones, and determine a measure of impact before implementation. The program also helped me believe in myself and in my idea because I received a lot of encouragement and support from students and professors alike.” 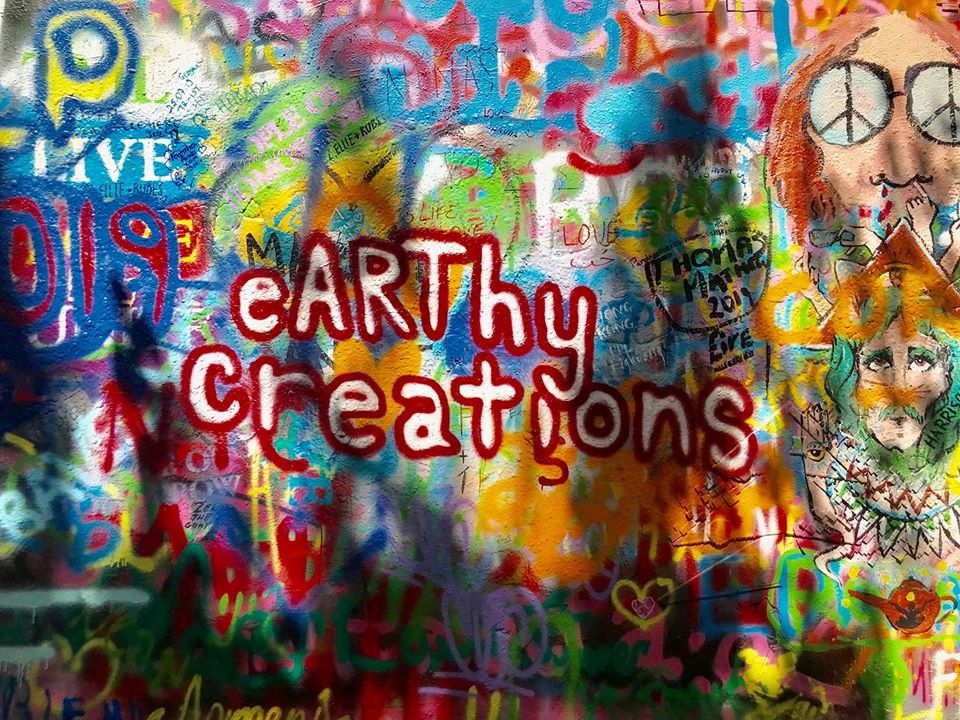