Eleanor Roosevelt: The Most Accomplished – and Famous – Sullivan Foundation Alumnus 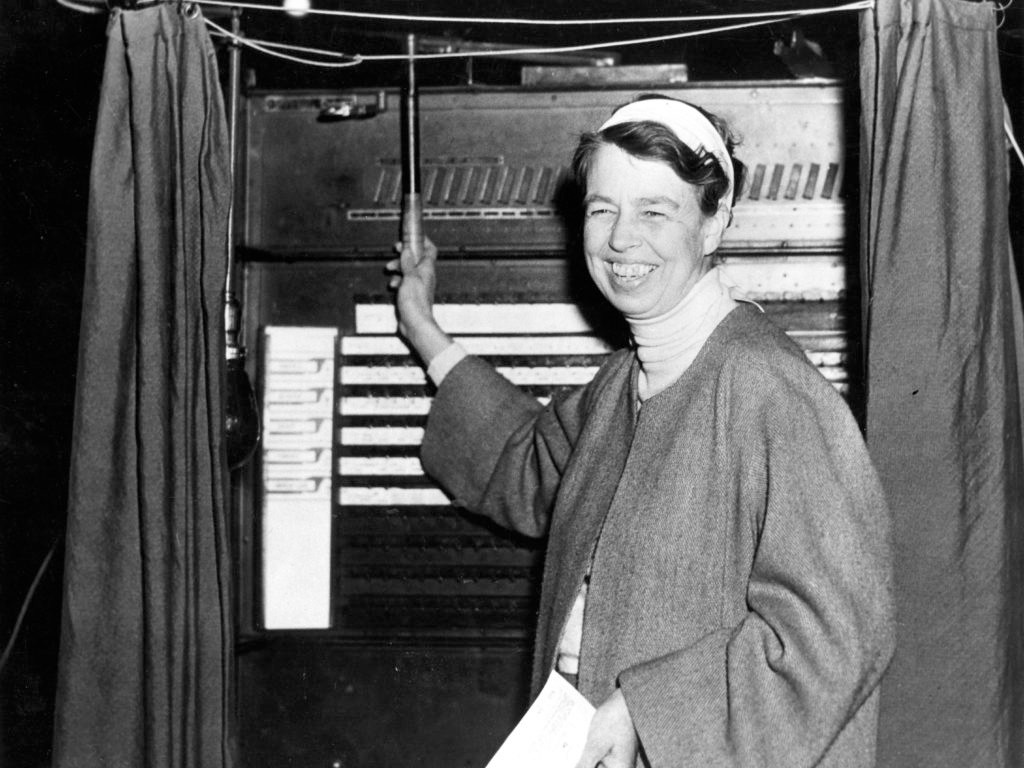 Former First Lady Eleanor Roosevelt might be the most accomplished—and famous—recipient of the Algernon Sydney Sullivan Award in Sullivan Foundation history. It’s certainly hard to think of anyone who better exemplified the values the award has celebrated since 1890.

Rollins College, a Sullivan Foundation partner school, presented the award to Roosevelt when she and her husband, President Franklin D. Roosevelt, made a visit to the Winter Park, Fla. campus in 1936. The president himself received an honorary degree of Doctor of Literature, while his wife—an early 20th century changemaker without peer and a trusted advisor to the president—received the Sullivan Award.

Both donned traditional commencement garb, and that alone, the president said in his speech, meant that he would “never forget” the occasion: “It is the first time that I have had the privilege of seeing my better half in cap and gown.”

Rollins’ then-president Hamilton Holt presented the Sullivan Award to Mrs. Roosevelt. “This medallion is given to you not merely because of your high leadership in the civic and social life of every community in which you have served,” Holt told the first lady, “nor because of the impress of your zestful and very human personality upon the American people, far-reaching and praiseworthy as that has been.” 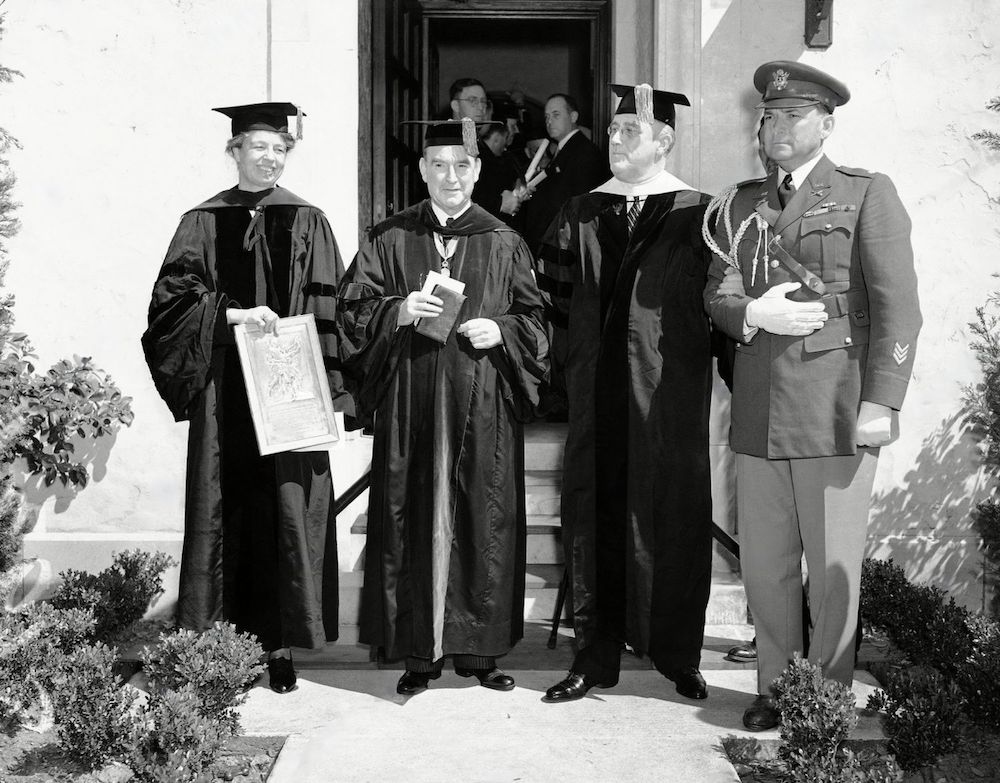 He continued: “It is given, rather, because you have ever made your home the radiating center of youth, laughter, affection and good breeding. And yet, at the same time, because you have steadfastly followed the self-same path of public service as wife of the president of the republic that you did before you shared with your husband the highest office in the gift of the American people. It is given you for your devoted efforts to understand and enter into the life of the world about you. It is given you for the example you have ever set to the young women of the nation as to what a good wife, mother and citizen should try to be and do…It is given because, when you became the first lady of the land, you also became the first woman citizen of America.”

According to History.com, Eleanor Roosevelt was “one of the most active first ladies in history” who worked tirelessly “for political, racial and social justice.” 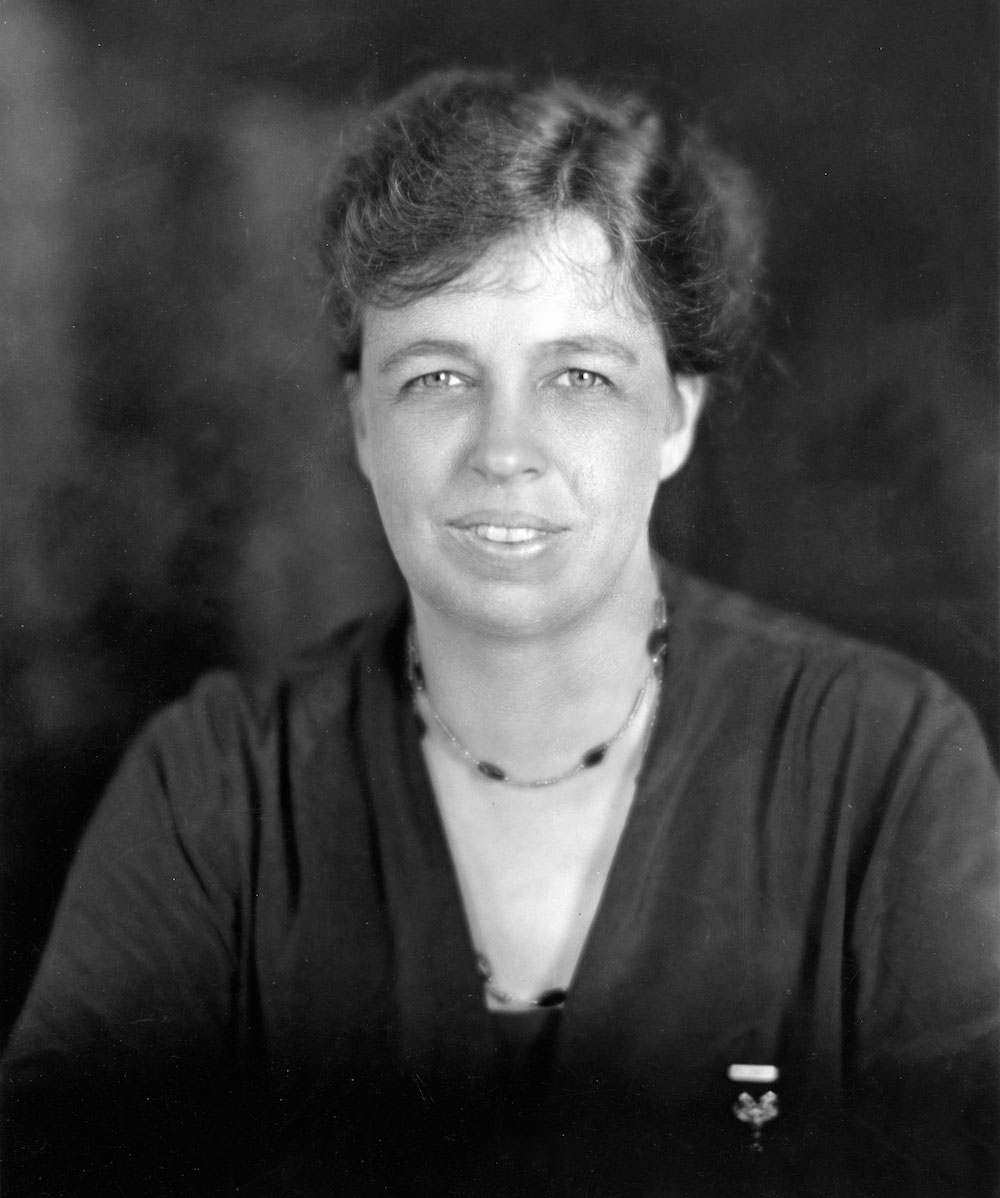 Before she married the future president, Roosevelt was a volunteer teacher for poor immigrant children in Manhattan’s Rivington Street Settlement House. In her work with the National Consumers’ League, she fought to end unsafe working conditions and labor practices in New York’s factories. During World War I, she volunteered with the American Red Cross and tended to wounded sailors in U.S. Navy hospitals.

And at a time when the rights of minorities were given scant attention by most politicians, Roosevelt championed civil rights for Black Americans. In 1945, she joined the NAACP and worked with Thurgood Marshall—who would go on to make history as the nation’s first Black U.S. Supreme Court justice—to help provide housing and financial planning for Black people in need. She supported the Congress on Racial Equality (CORE) and spoke out against discrimination and segregation of public schools. 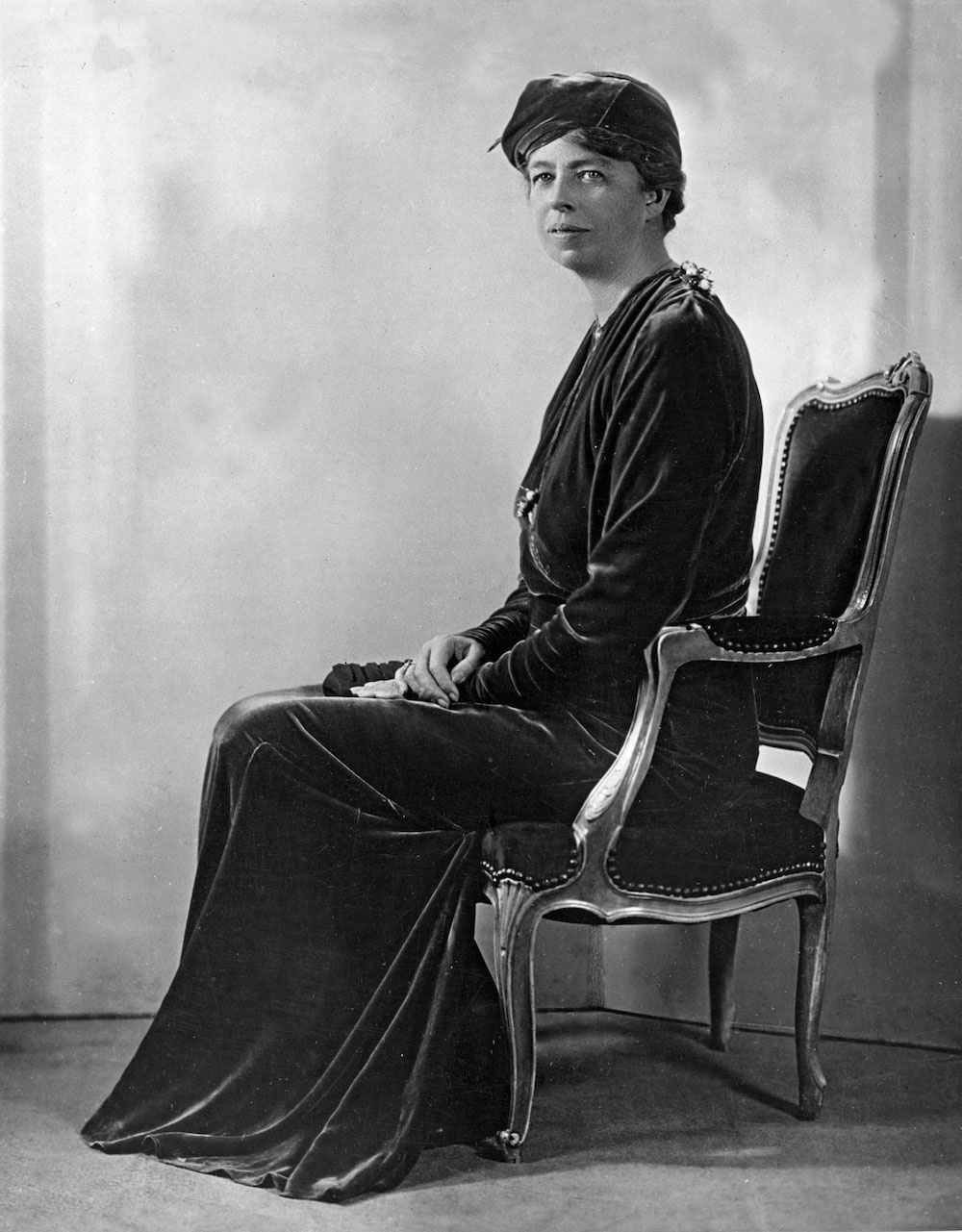 Roosevelt was also a staunch advocate of women’s rights. In the early 1920s, she served on the board of the New York State League of Women Voters and came to play a key role in other organizations, including the Women’s Trade Union League, the Women’s Division of the New York State Democratic Committee and the Women’s City Club. When her husband’s New Deal legislation was in the works, she lobbied to make sure women benefited from it, particularly in terms of jobs with the Civilian Conservation Corps, a domestic initiative launched to help lift the country out of the Great Depression.

Just how serious was Roosevelt about amplifying women’s voices? According to the National Park Service, when she held a press conference, only female journalists could attend.

In her autobiography, “This Is My Story,” Roosevelt reflected on the importance of placing service above self. “To me, who dreamed so much as a child, who made a dream world in which I was the heroine of an unending story,” she wrote, “the lives of people around me continued to have a certain storybook quality. I learned something which has stood me in good stead many times: The most important thing in any relationship is not what you get but what you give.”