Erskine College Students Package 11,000-Plus Meals in Three Hours to Feed the Hungry 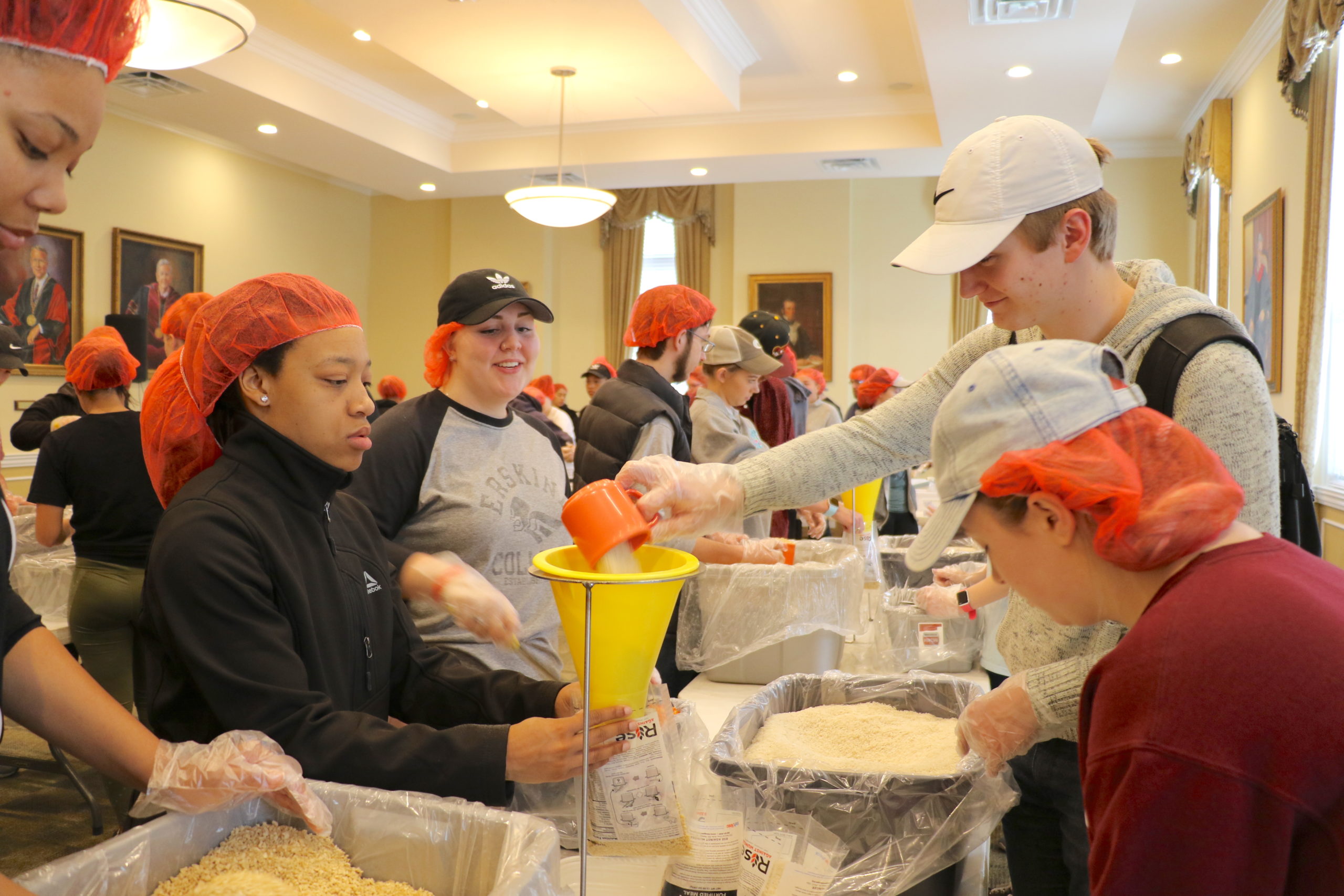 A Saturday morning service project succeeded in a big way at Sullivan Foundation partner school Erskine College when some 80 students showed up for a “Rise Against Hunger” event in February and packaged more than 11,000 meals in under three hours.

Hosted by Erskine’s Rotoract Club, the project teamed Erskine students with an international relief organization, Rise Against Hunger, which distributes food to some of the world’s most vulnerable people.

“We had an amazing turnout,” said Iris Gadsden, secretary of Rotaract and president-elect of the organization for 2019-20. “It is awesome to see students give up their time to serve people they will never meet.” 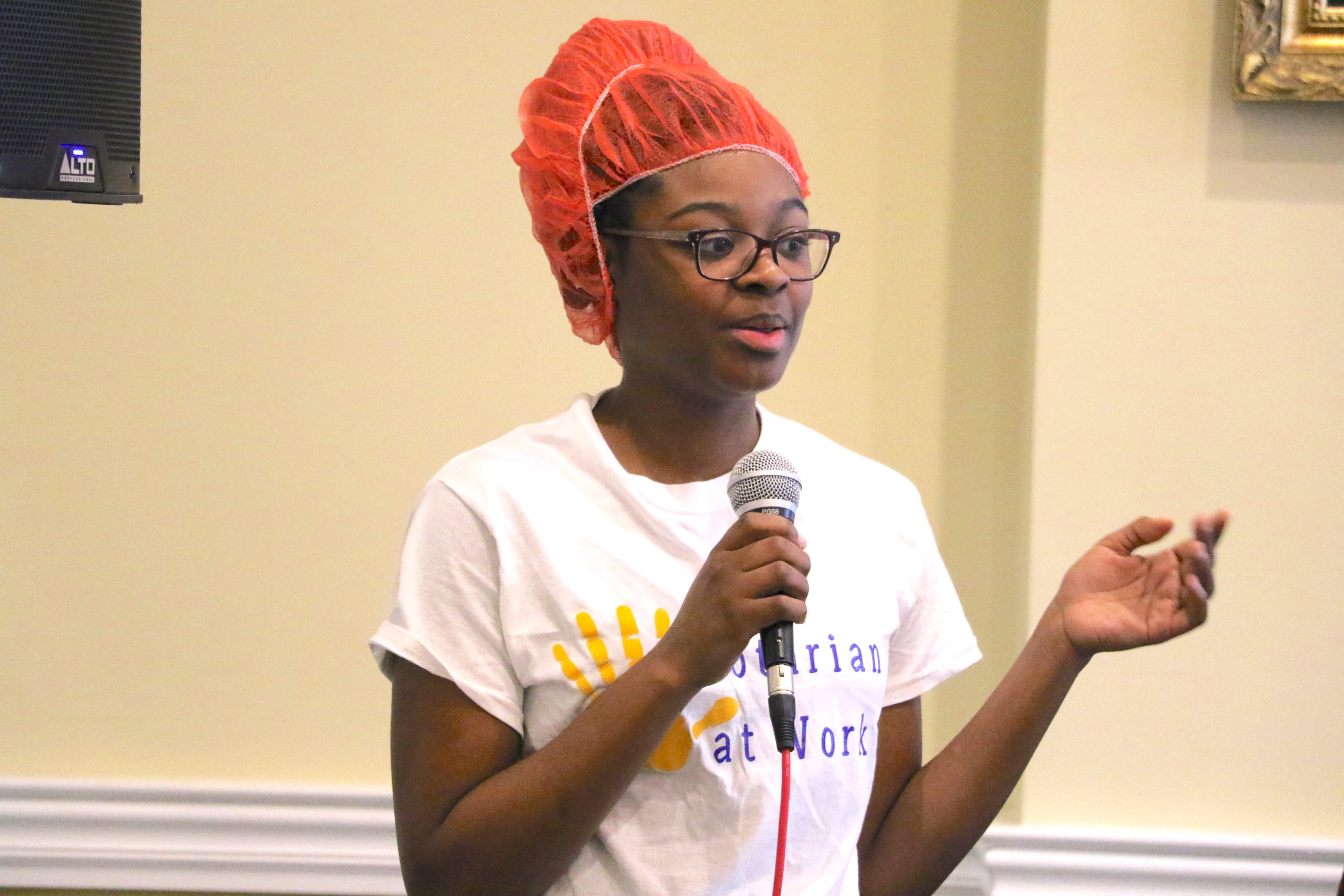 Iris Gadsden is the president-elect of the Rotoract Club, which organized the Rise Against Hunger event.

Most of the cost of the food delivered to Erskine for packaging was paid by Rotaract, with the remainder covered by the Convocation Committee and the Student Christian Association.

The students worked in assembly-line fashion, with five or six ingredients being placed in each bag. “The open bags were then remeasured and secured with the correct amount of rice,” Iris explained. “Once bags were heat-sealed and stamped they were boxed up.”

Iris served as co-chair of a committee that headed the Rise Against Hunger project last year. “My previous experience made it easier to lead this year and know what needs to happen for an event this size,” she said.

Current Rotaract President Courtney Teague said she hopes for a larger version of the “Rise Against Hunger” event next year “so we will be able to package double the amount of food!”