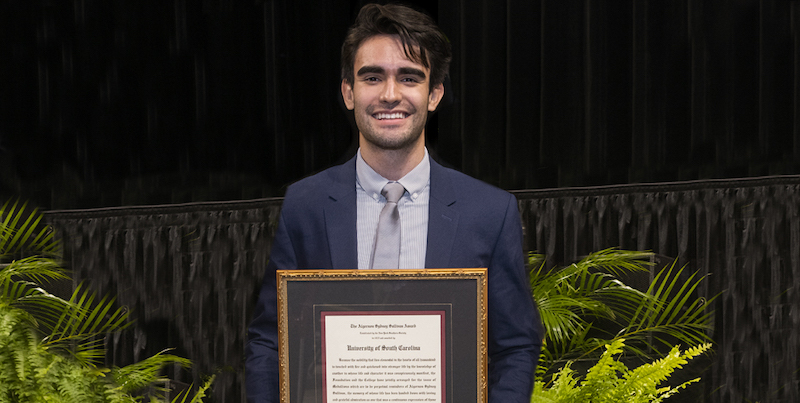 Mechanical engineering major Gabriel Nossar Carrilho is using what he’s learned at the University of South Carolina to serve the campus community, the Latinx community and even people in his native South America in need of clean water. For his efforts, Carrilho has been awarded the university’s top leadership award—the 2022 Algernon Sydney Sullivan Award.

Carrilho was one of two outstanding student leaders who received this year’s Sullivan Award at UofSC. Claire Windsor, a geography major and founder of the university’s Student Council on Sustainability, also received the award.

Born in Brazil, Carrilho went to high school in Lexington, S.C. During his time at South Carolina, he has worked to help other Hispanic engineering majors find a home in the field. He founded the university’s chapter of the Society of Hispanic Professional Engineers, growing the organization to 30 members and raising enough money to send them to national conferences where they secured internships, research positions and graduate school and job offers.

“This organization has inspired hundreds of students at UofSC to reach and work toward their dreams,” Carrilho said. “As soon as I was president, it was my goal to make the Society of Hispanic Professional Engineers an organization that was amply dedicated to the community.” 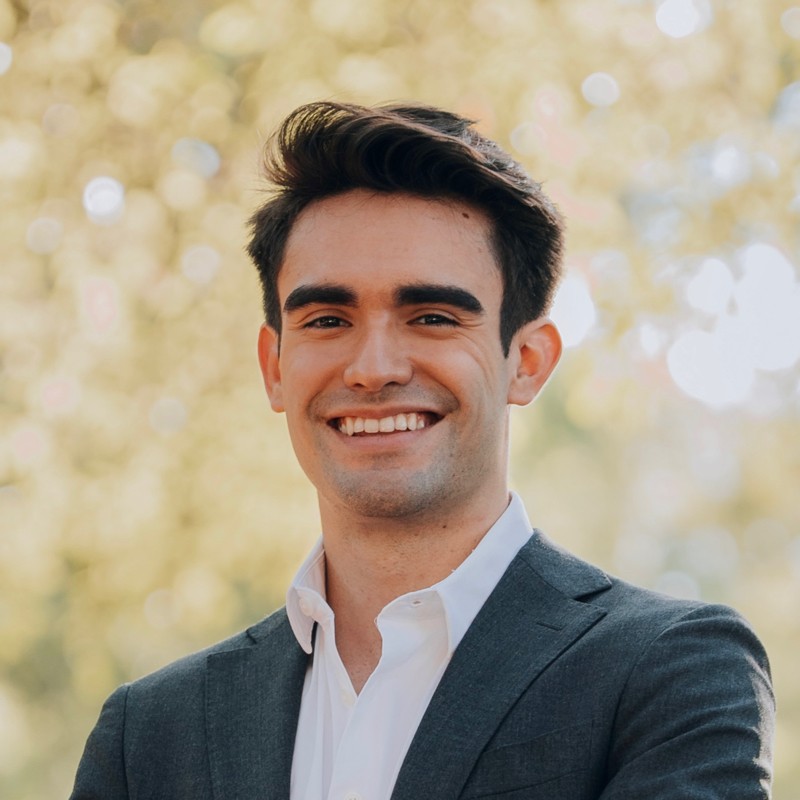 As the project lead on Tiger Burn, Carrilho said he found himself as a leader, organizing, managing, scheduling and planning about two dozen fellow students in the American Society of Mechanical Engineers as they built a 33-foot-tall “tiger” to be safely burned during a pep rally before the annual South Carolina-Clemson football game. The project involved more than 80 hours of work designing and building the tiger.

“Leading the largest student-led engineering project was an absolute honor, especially a project that defines the passion and spirit of the Gamecocks,” Carrilho said.

Through his work in Engineers Without Borders, he was able to provide a small village in Ecuador with a water filtration device adapted to their living circumstances. He was named a Magellan Scholar, which has allowed him funding to further test filtration methods and investigate the safest filtration technique.

Carrilho also has completed research with ExxonMobil focused on the placement strategy of wells in ultra-deep-water reservoirs.

Awarded the 2021 Student Affairs and Academic Support Standout Student, he has been honored by many other companies and organizations as well. Out of thousands of applicants, he was selected as a Nissan Design Competitor, which allowed him to present an invention to executives of the Japanese car company.

He was selected as a Society of Mechanical Engineers Manufacturing Scholar and named one of the next leaders in manufacturing nationwide. He was also chosen as an ExxonMobil Future Leader, which gave him the opportunity to participate in several leadership trainings and presentations while meeting with the company’s top executives.

All of the opportunities he has had at Carolina have fostered his personal desire to help others reach their goals, he said. “It was clear to me at a very young age my passion was to lead and inspire those around me to accomplish their dreams.”

This article has been edited from the original version appearing on the University of South Carolina website.