Going Hypernova: These Students Are Building 3D-Printed Solar Car of the Future 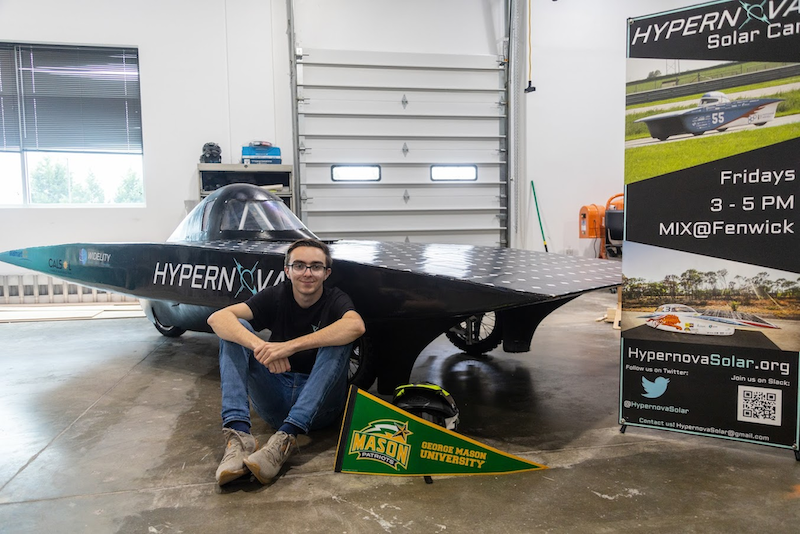 Most people with access to a 3D printer find themselves creating small objects or gadgets. But one student group at George Mason University, a Sullivan Foundation partner school, has something much bigger in mind.

“We build, design, test and plan to compete in solar-powered car competitions,” said Michael Riggi, president of Mason’s solar car team, Hypernova Solar. “[We believe] our car, when complete, will be the world’s first and only 3D-printed solar car.”

Riggi, a junior studying systems engineering, said the team hopes to compete in the American Solar Challenge, which involves racing a couple thousand miles across the country against other university teams. Their next goal is to race in the World Solar Challenge in Australia.

But solar cars aren’t just for racing. These cars of the not-so-distant future are better for the environment than traditional gasoline-burning cars. Because they draw energy from the sun through solar panels that convert sunlight into electrical energy, solar-powered cars are zero-emission vehicles that don’t burn fuel or use any non-renewable resources.

When Hypernova Solar was founded in 2019 by Mason alum Alex Hughes, Riggi said the group laid the logistical groundwork for parts, designs and fundraising. Today, the group’s 50 members comprise everyone from Mason freshmen to seniors, plus a few students from Northern Virginia Community College (NVCC) and local high schools. 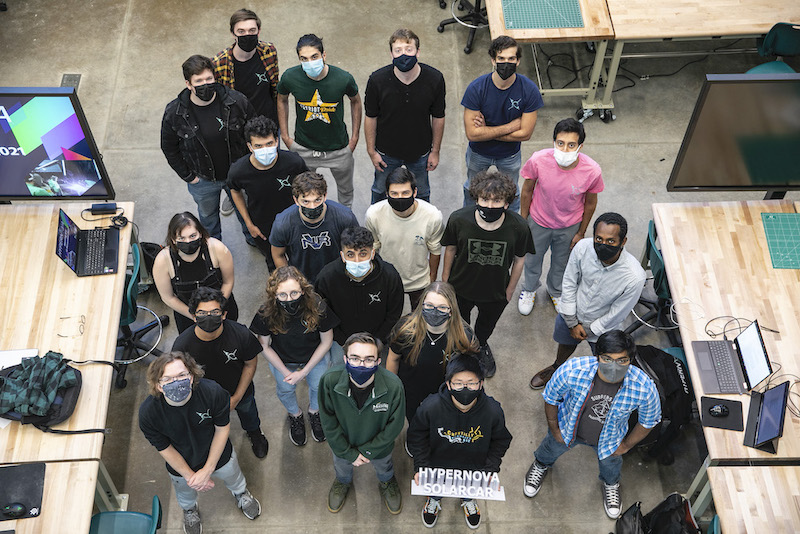 Their momentum has been strong. “We’re in the process of building our own car, Hypernova One, that we plan to complete in about a year,” Riggi said, adding that the car’s steel frame, which they weld on Mason’s Science and Technology Campus, is halfway done.

Hypernova One will be the team’s proof-of-concept car, he said. Once it’s complete, they’ll review it to see what could be done better, then build a second car for competition.

The group has also been working on a car that was donated to them in 2020 from the University of California/Berkeley team.

Related: Is your used pizza box recyclable? Here’s how to find out

“We’ve completely revamped the suspension, the motors, the aeroshell and repainted it,” Riggi said of the 10-year-old vehicle they renamed Orion. “It gave everyone a good experience on what actually goes into a solar car.”

So why is the team developing their own 3D printer for the car? 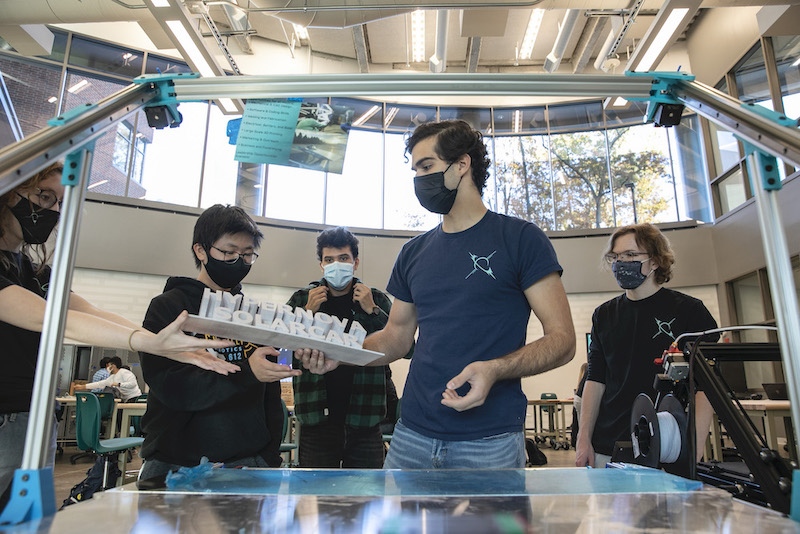 Hypernova Solar team members work on the 3D printer that will be used to build their solar car. (Photo by Shelby Burgess/Strategic Communications/George Mason University)

“Unlike a 3D printer where you’re printing layer by layer going up, ours is tilted at a 45-degree angle and prints on a conveyor belt, so you can actually print on an unlimited axis,” said Ross Clark, Hypernova Solar’s lead designer and a NVCC student who said he’s transferring to Mason.

The unique printer helps make the car resilient and safe, he said. Printing vertically would make it more susceptible to breaking along the X-axis.

“The shell is going to be sturdy and meet safety regulations,” Clark said. “We’re also using a special plastic, PETG, which doesn’t break, flexes more, and is a lot more heat-resistant.”

“I’ve been impressed by the team’s passion and drive,” said faculty advisor Colin Reagle. “They are constantly pushing boundaries on what they can do within a university setting.”

“The opportunity to build a unique machine like this is a huge draw to a diverse group of students,” said Reagle, who teaches in the Department of Mechanical Engineering. “I can’t wait until you see them rolling around campus in this vehicle, inspiring the next surge of students.”

This article has been edited and expanded from the original version appearing on the George Mason University website.