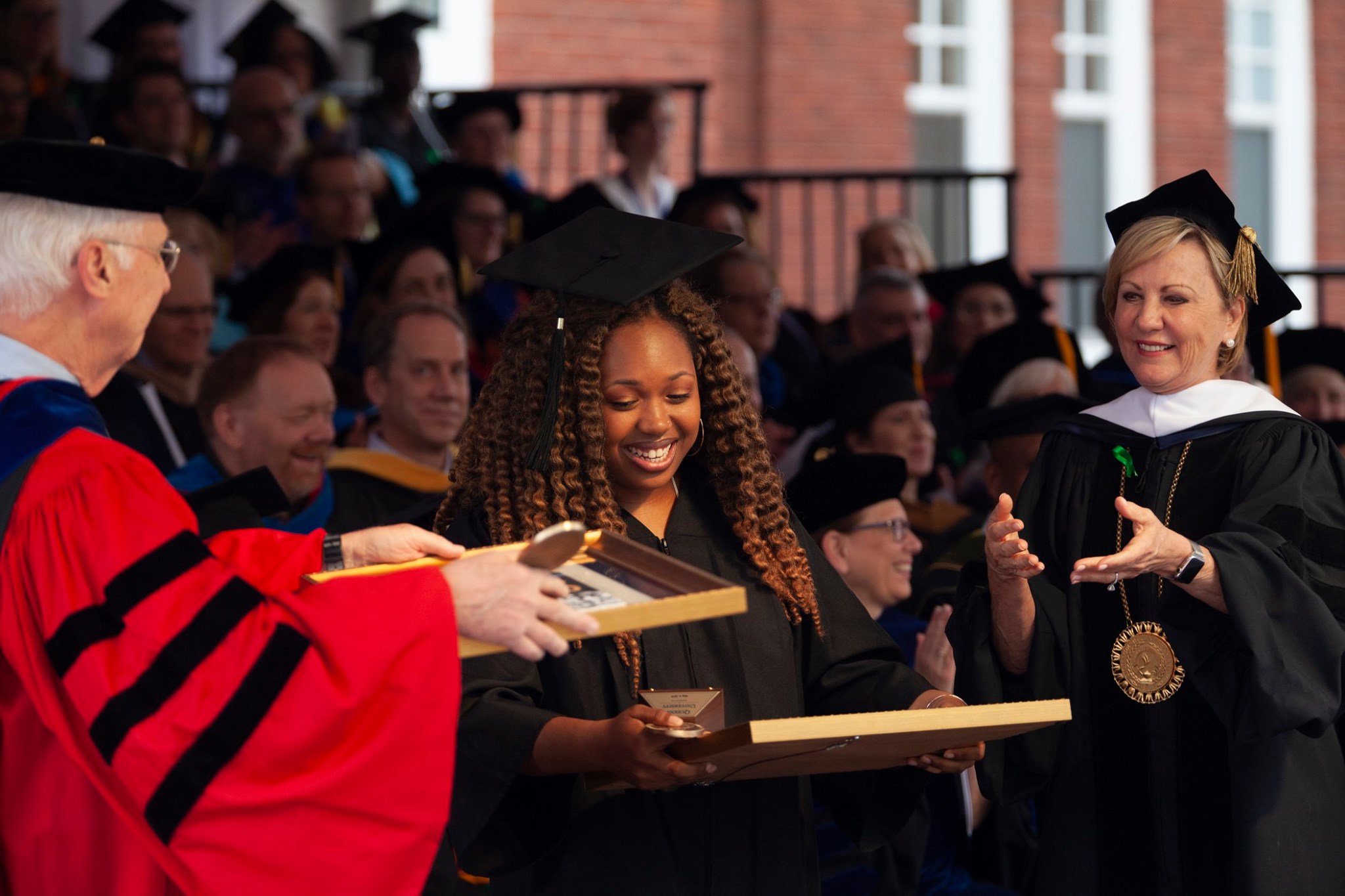 For the first time since Queens University of Charlotte started offering the Algernon Sydney Sullivan Award in 1948, this year’s honor went to two students—Naiya Pollard (pictured above) and Johanna Mercado.

Two awards are typically presented at Queens University of Charlotte—one to a graduating senior and another to a person or couple affiliated with the university. The school broke with that tradition this year in honoring Mercado and Pollard. Both women are first-generation college graduates from historically under-represented groups, and both have excelled during their time at Queens inside and outside the classroom, the university said. Mercado and Pollard were recognized for their integrity and contributions to their communities. 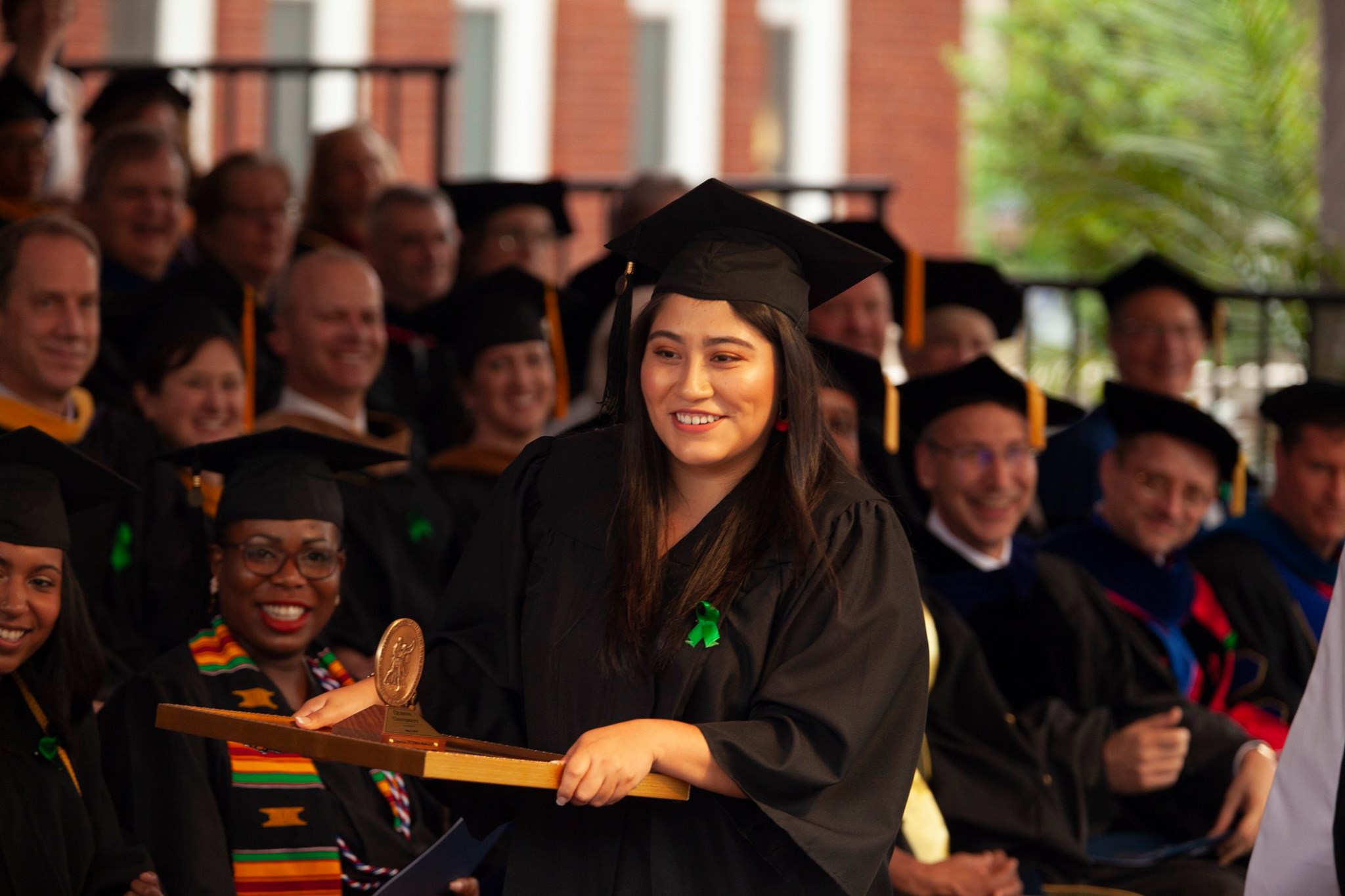 Mercado is a Blair College of Health graduate who has been an active member of Queens’ Latin American Student Organization throughout her tenure. She also has served as a leader of the university’s freshman retreat, a L.E.A.D. mentor to minority and first-generation students, and a leader and intern at freshman registration and orientation.

Pollard, a music therapy major, has been president of the Black Student Union for two years. She is known for bringing people together on campus to discuss difficult topics through the Hard Truths program. Pollard has been a L.E.A.D. mentor to minority and first-generation students for two years and a music therapy tutor.

The community Algernon Sydney Sullivan Award went to the Browns, who exemplify a selfless dedication to service and philanthropy and a deep commitment to Queens University. 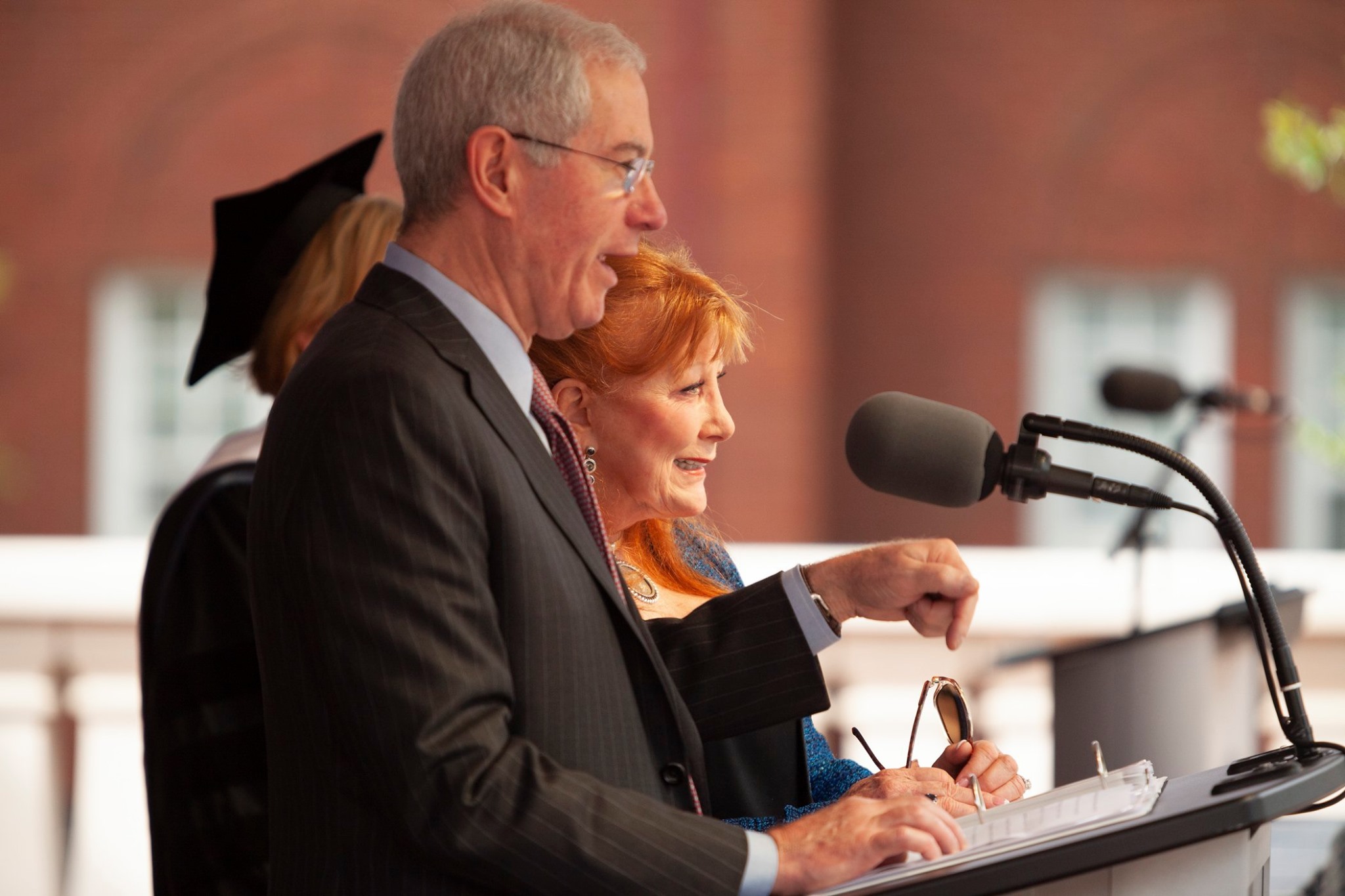 Jan, who earned her undergraduate and MBA degrees from Queens, has had a career that ranged from the high school classroom to the greater Charlotte real estate community. She joined the Queens board of trustees in 2013 and has served on the nominating, governance and capital planning committees. In 2019, she will take on a new executive committee role as the board’s secretary.

The Browns’ ongoing contributions to Queens can be seen in an endowed scholarship and through countless campus improvements including the Hall Brown Overcash residential hall and the Hall Brown Terrace.

This story is a slightly edited version of the original article from the Queens University of Charlotte website.