Is Insect Agriculture Key to the Future of Sustainable Farming? 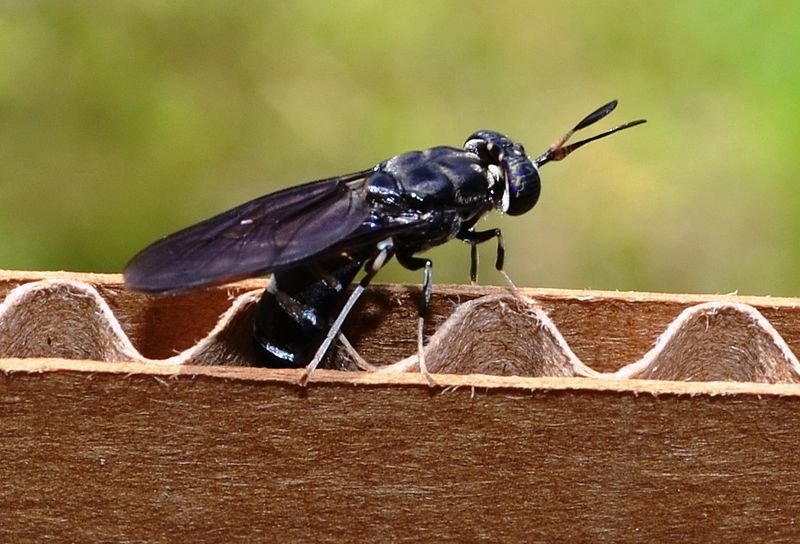 In a warehouse nicknamed “the Love Shack,” somewhere near Vancouver, black soldier flies are buzzing busily about, mating and making baby bugs and more baby bugs—up to 600 eggs at a time. Left alone, the larvae will quickly mature into grown-up flies, but most will never make it that far. They’re destined for something much greater—helping to solve the problems of sustainable farming, according to Reasons to be Cheerful, the digital news publication founded by rock star/artist David Byrne.

Easy to grow and packed with protein, fat and calcium, black soldier fly (BSF) larvae actually feed on food and agricultural waste—think stale bread, rotting mangoes and squishy veggies. And the larvae, in turn, make a perfectly good meal for livestock, including pigs, chicken and aquaculture-grown fish. After they’re fattened up, the larvae’s bodies can be pressed into a fat-rich oil, while BSF bodies can be ground into a high-fat, high-protein powder meal. Even their molted skins and feces serve a good purpose—they can be processed to make fertilizer.

Feeding the world’s livestock populations is a monumental task that puts considerable strain on the environment. As Technology Networks reports, livestock gobbled down more than 1 billion metric tons of feed in 2016 worldwide. Forty-four percent of the feed was produced for poultry, 27 percent for pigs, 22 percent for cattle and 4 percent for animals grown in aquaculture.

Grains, soy and fishmeal comprise most of the diets for poultry and pigs, while cattle also get small amounts of grain and soy in their diet. Even fish, which mostly eat pellets of fishmeal, consume some soy, grains and legumes.

Black soldier flies require a fraction of the space needed to grow soybeans. (Infographic by EnviroFlight)

Enter the lowly insect. Most livestock species eat bugs anyway. And bug farming requires a tiny fraction of the space needed for soy cultivation. Even better, BSFs feed on waste, thus easing the pressure on landfills. Since wild fish are used to make fishmeal, bug farming could also reduce over-fishing. And unlike most crop plants used for animal feed, insects can be cultivated year-round.

High-level cultivation of BSF larvae can produce between 1 million and 2 million pounds of protein per acre, compared to 1,500 pounds per acre by soybean growers.

As Reasons to be Cheerful reports, Bruce Jowett, director of marketing for Enterra, a Canadian operation that sells farmed fly larvae products to commercial feed companies, said, “This is the future of food. We are diverting food waste from the landfill, and black soldier fly larvae convert it into protein.” 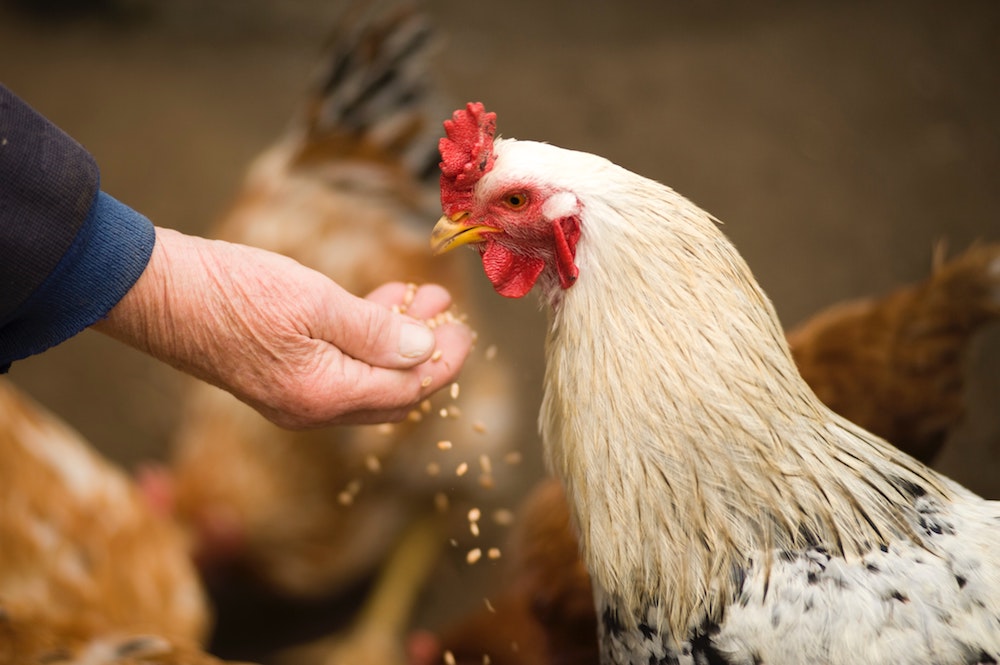 Enterra is one of a number of early-stage insect agriculture companies, most of which raise BSFs. European companies include AgriGrub in England and Protix, which operates farms in the Netherlands and China. France’s InnovaFeed has built the world’s largest insect production facility to date and produces 300 tons of insect meal per year, with plans to scale up to 10,000 tons annually.

Meanwhile, McDonald’s is exploring the use of insect agriculture for chicken feed to cut back on the need for soy protein. “That pioneering work is currently at the proof-of-concept stage,” Nicola Robinson, the sustainable supply chain manager for McDonald’s Corp., told Reuters last year. “We are encouraged by initial results and are committed to continuing to support further research.”

Reuters also notes that insect agriculture must still pass muster with government regulators, who need to make sure ground-up bugs won’t introduce new toxins into the food supply. Thomas Gremillion, director of the Food Policy Institute at the Consumer Federation of America, said the method of using insects as animal feed must be thoroughly tested before consumers will accept it. “If there was a big change in how animals are being fed, I’d want to see some extra scrutiny of whether the animals were accumulating any kinds of toxins from the insects,” he told Reuters.