Author John Green: “Hope Is the Correct Response” to a Rapidly Changing World 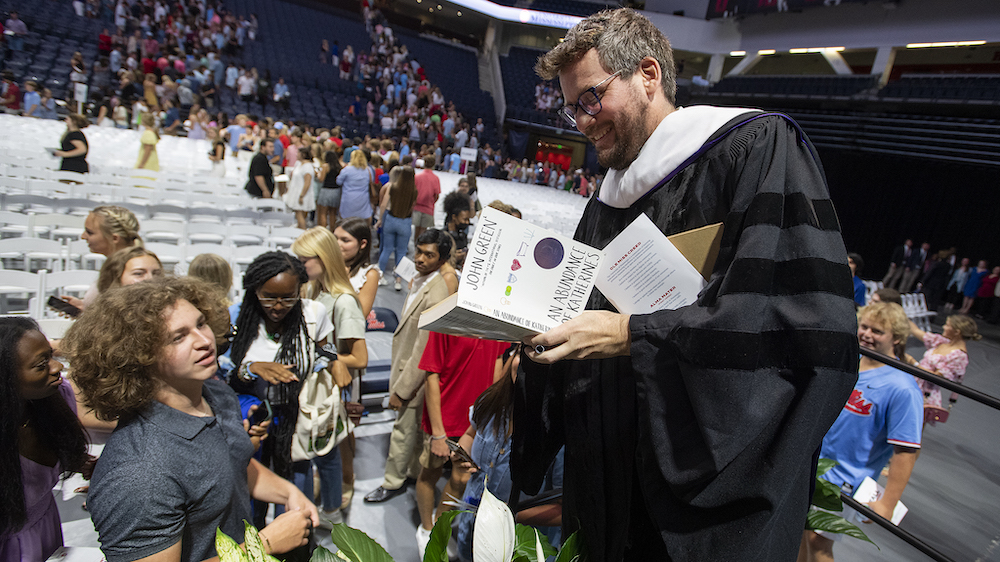 By Edwin Smith, University of Mississippi

Despite gloomy news on everything from climate change to the economy, bestselling author John Green told students in the University of Mississippi‘s first-year/transfer class that he remains hopeful about the future, encouraging them to help move mankind forward.

Green’s latest book, “The Anthropocene Reviewed: Essays on a Human-Centered Planet,” was published in 2021. He was the 2006 recipient of the Michael L. Printz Award, a 2009 Edgar Award winner and has twice been a finalist for the Los Angeles Times Book Prize.

Addressing some 4,000 students on Aug. 23 as the keynote speaker for the university’s annual Fall Convocation, Green spoke about hope and the power of attention.

Related: Fall 2022 Ignite Retreat: Here’s where you can start building a better world

“I really believe that hope is the correct response to the strange goal of human consciousness,” he said. “Humanity in general—and you in particular—are good news. I know not everything is trash. I know there is cause for hope.”

While writing “The Anthropocene Reviewed,” Green pondered the complex conditions that have resulted from mankind’s advances—some of them problematic. But he said he’s broadly in favor of humans as a species. 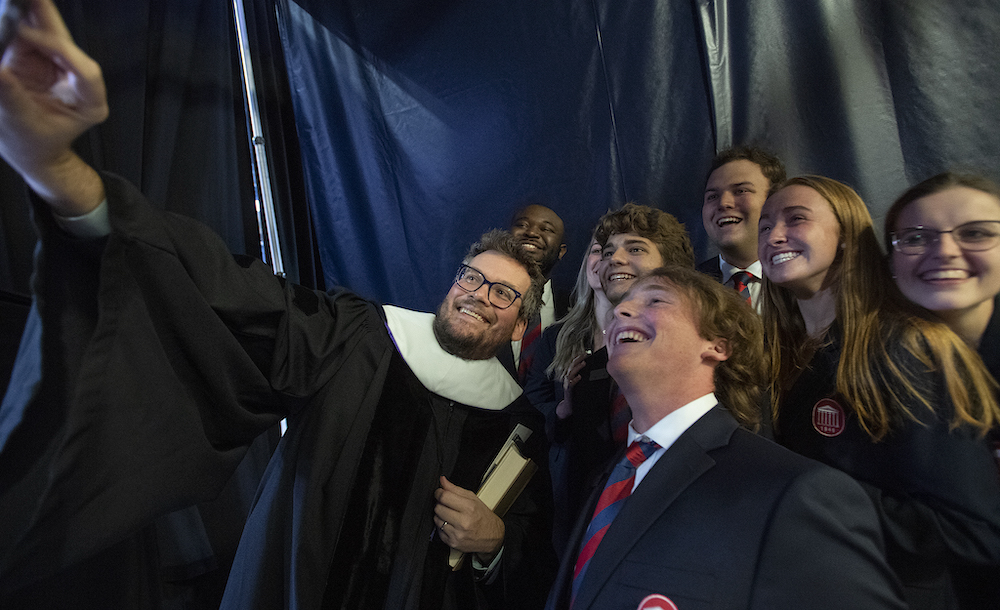 “As far as species go, we are a little bit of a catastrophe,” he said. “But we’re also by far the most interesting thing ever to happen on Earth.”

Whatever people give their attention to can be quite valuable, the author said. “What you do with your moments of attention, when taken together, will be known as your life,” he said. “That’s what learning ultimately is—the application of attention to your soul stuff.”

Green challenged the Ole Miss students to live in the present and said he’s confident that they will carry mankind forward to better times ahead.

“The work of your life will be to care and to be cared for,” he said. “Through the application of our immediate consciousnesses, all of us can be pillars and props to help each other and our species to advance and improve.”

UM Chancellor Glenn Boyce said “The Anthropocene Reviewed” offers “a new way to look at the world: as a thoughtful and enthusiastic reviewer who carefully examines all sides of issues, weighing the positive and negative, the strengths and the weaknesses, before ultimately arriving at a conclusion.”

Natasha Jeter, UM’s assistant vice chancellor for wellness and student success, agreed. “John invited us to join him in examining our human experience in concert with the planet,” she said. “The book and his convocation address inspired, challenged and motivated us to take action and make our community and the world a better place.”

This article has been edited and condensed from the original version appearing on the University of Mississippi website.