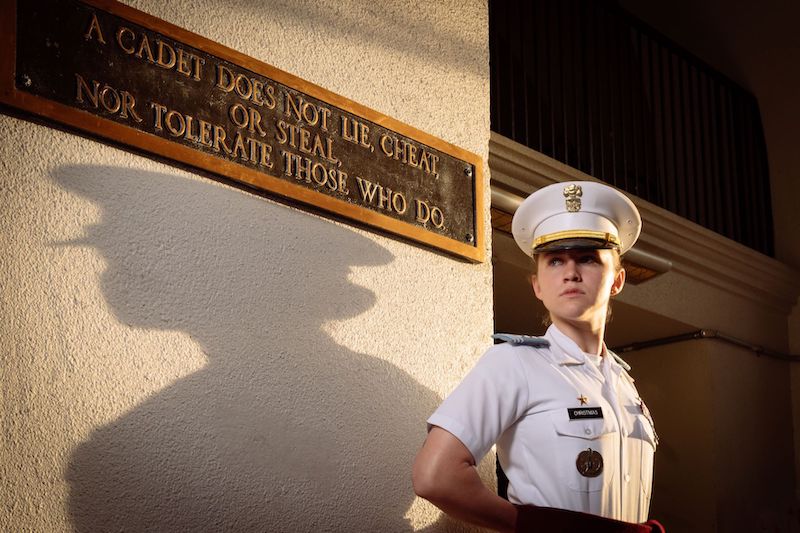 In another important step towards greater equality for women in the U.S. military culture, The Citadel, a Sullivan Foundation partner school, this semester named Cadet Col. Kathryn Christmas as its female regimental commander, marking only the second time a woman has held the top-ranking student position.

Christmas was recognized for her achievement in a ceremony held in early October, which also featured Cadet First Captain Kasey Meredith, the first-ever female regimental commander at another military college, the Virginia Military Institute (VMI).

In the ceremony, Gen. Glenn M. Walters (USMC, Retired), president of The Citadel, noted that it was “a historic moment when, for the first time, the Corps of Cadets of both colleges are being commanded by women.”

“As the nation’s military culture continues to evolve with more and more women in commanding roles, so, too, should the country’s Senior Military Colleges,” Walters said.

“Today was another historic day in the history of the Virginia Military Institute,” said VMI Superintendent Maj. Gen. Cedric T. Wins (USA, Retired). “The meeting between the two regimental commanders, Ms. Meredith and Ms. Christmas, is one many believed would never be possible. I am proud of these two young leaders and look forward to being amazed at what they are able to accomplish in the future.” 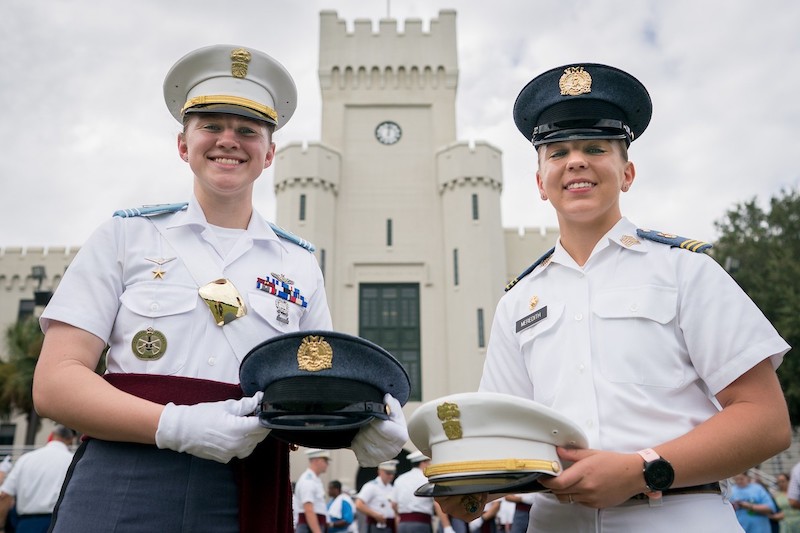 With the rise of Christmas (left) and Meredith in the ranks, 2021 marks the first year women have served as regimental commanders at both The Citadel and VMI.

Christmas hails from Easley, S.C. and majors in mechanical engineering at The Citadel. Her Deputy Regional Commander is Grayson Gasque, a biology major from Anderson, S.C.

“I am honored to serve alongside the first female Regimental Commander of VMI,” said Christmas, a member of The Citadel’s Class of ’22. “We do not compete as rivals; we are equals, facing a common challenge.”

As The Citadel’s regimental commander, Christmas is responsible for the success and well-being of all cadets in the corps, most of whom are 18-21 years old and all of whom are undergraduate students. The commander is supported by regimental staffs, cadet officers and cadet non-commissioned officers. The Citadel has about 2,300 cadets, while VMI’s corps is comprised of about 1,700 cadets.

“I did not have any idea in the slightest that I would one day become the Regimental Commander of the South Carolina Cadets,” Christmas said in a subsequent interview. “I pursued the position of regimental commander after watching those who have come before me. I wanted to make an impact on those around me.”

Christmas plans to commission as a second lieutenant in the U.S. Air Force when she graduates and then attend pilot school. She said she plans to serve “for a full 20 years.”

Meanwhile, she said, “My main goal for this year was to return the Corps and The Citadel back to normal operations after a pandemic-dominated year and a half. I am also focusing on the development of every cadet and their respective position in the Corps. I would love to change how cadets believe only the top rank holders can make a difference in the Corps. Everyone has a valuable voice and/or opinion, and it deserves to be heard.”

After the ceremony, Meredith said it was a “pleasure” to meet Christmas. “We are alike in a noticeable way, being both females,” she said. “However, what is truly important and pivotal is the relationship we are growing with each other as leaders, not as rivals. We are both leading our respective corps and, through our successes and failures, we have each other to lean on and to learn from.”

This article was adapted and edited from two articles appearing here and here on The Citadel’s website.