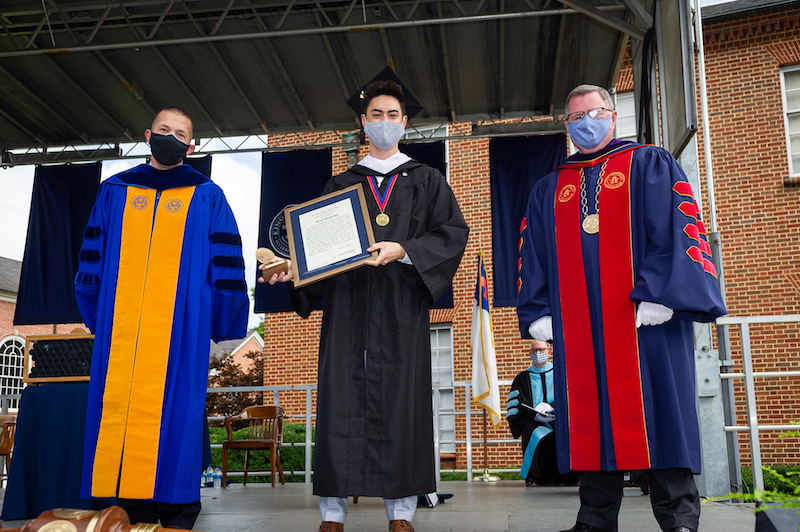 King University, a Sullivan Foundation partner school, presented the Algernon Sydney Sullivan Awards to a student and a community member in a ceremony held on August 1.

Scholar Tristen Luu, who is graduating from King University with a degree in biology, plans to pursue medical training and eventually teach medicine in an educational setting. A native of Amarillo, Texas, Luu began working with The Word at Work international mission in Amarillo at a young age, later serving with the mission in Belize. He continued his interest in missions with a King University trip to Kenya and by volunteering at several medically oriented organizations, including the Remote Area Medical (RAM) Clinic.

A resident assistant for several years, Luu served as president of King’s Fellowship of Christian Athletes and a leader of Young Life at King and conducted informal Bible studies for fellow students. In addition, Luu volunteered as a youth volleyball coach and served as a tutor for anatomy and physiology students at King. He was awarded the Student Leadership Award by King University in 2018 for his dedication to, and sacrifices for, the sake of others.

“This award recognizes the actions of those who place service to others above themselves, and that describes Tristen perfectly,” said Brian Alderman, chaplain and associate professor of Bible and Religion at King University. “For many years he has showed a strong desire to help edify the strength and health of others, a calling that he has continued to follow here at King and one we believe will lead him on to increasingly greater accomplishments. We’re proud to see his efforts recognized in this wonderful way.” 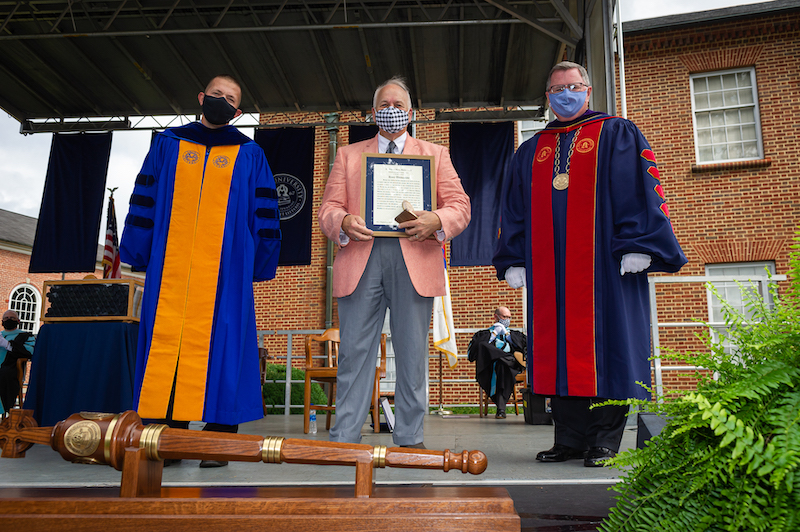 Community member Steve Playl, Sr. has lived in and served the Bristol community for 33 years. He was the senior chaplain at Bristol Regional Medical Center for 20 years and previously pastored Woodlawn Baptist Church for many years. Playl writes a weekly human-interest column that appears in the Bristol Herald Courier as well as newspapers in Kentucky and throughout Tennessee. He serves on numerous boards and committees in the Tri-Cities region, including the board of directors for the Bristol YMCA, the Bristol Regional Medical Center Ethics Committee, and the Ballad Health Cancer Awareness Board. Playl was also asked to serve as one of seven members of a strategic prayer force in Northeast Tennessee for Gov. Bill Lee.

“Steve has served numerous organizations throughout the Tri-Cities and Tennessee and [has] been a longtime supporter of King,” Alderman said. “He has served on the King University School of Nursing Advisory Board, taught as an adjunct professor at multiple King locations for nearly a decade and a half, and maintained a steadfast commitment to his faith and family. His actions in the King community and beyond exemplify the standards of this award, and we are grateful for his dedication.”