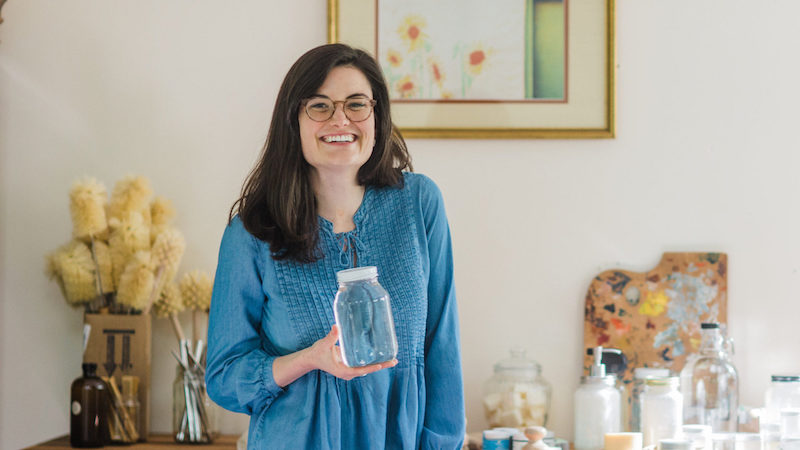 Michaela Barnett, a 2015 graduate of Sullivan Foundation partner school Furman University, has a couple of good reasons for wearing a T-shirt to work.

One reason is that the shirt displays the name of her startup company, KnoxFill, a zero-waste household products store.

The other reason is that, thanks to her passion for conservation and her work at Furman’s Shi Institute for Sustainable Communities, “I’m not a big shopper, as you can imagine,” she laughed.

People do still need to shop, however, and using refillable containers is one way they can help reduce harmful waste. That’s where KnoxFill comes in.

Customers in the Knoxville, Tenn., area can place orders for products like shampoo, liquid castile soap, concentrated cleaner and even dental floss. KnoxFill will then deliver the products—many of which come from local suppliers and family-owned businesses—in refillable containers. Later, customers can place the empty containers on their front steps, and KnoxFill will pick them up and replace them with fresh products in reused containers.

Barnett, who holds a B.S. in sustainability science from Furman and is nearly finished with her Ph.D. studies in behavioral science from the University of Virginia, said that the union of those two fields led organically to her new business.

“I came to realize that most of the sustainability problems I wanted to solve had to do with human behavior,” she said. “I understood the problem really well, and I know how to analyze it from a systems-analysis perspective. But, as we know, humans are embedded in every part of the process.” 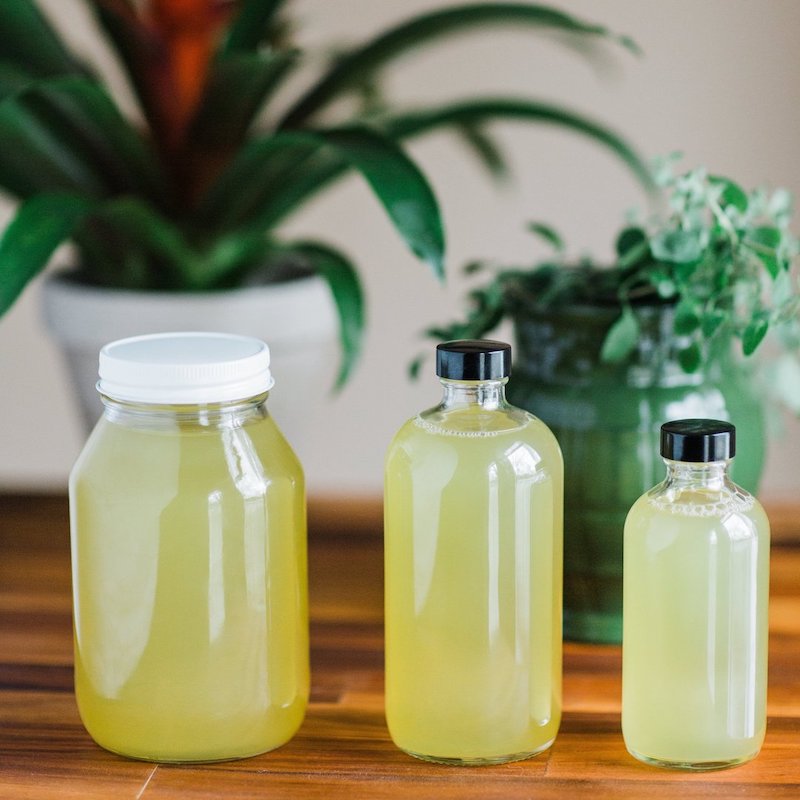 Among KnoxFill’s products are refillable containers of Castile soap.

Offering consumers a sustainable alternative can inspire more sustainable behavior, Barnett realized. KnoxFill is currently the only refillery in her area, although several have sprouted up elsewhere in Tennessee and other markets nationwide. Future hopes include moving the three-month-old business from her home into a brick-and-mortar location and expanding her staff beyond her current part-time employee.

“People are really hungry for alternatives,” she said, “and the community response has been overwhelming in the best possible way.”

Raised on a hobby farm in central Ohio, Barnett “loved the earth and really became embedded in it,” she said. But it wasn’t until she moved to the suburbs of Houston, Tex., as a high schooler that her environmental consciousness began to flower.

“I really started to see a lot of opulence, a lot of waste,” she recalled. “I became that kid in high school who was sorting through trash at the end of events and was really distressed by all the things we were throwing away.”

At Furman, sustainability science and the Shi Institute were fertile ground.

“I was like a little baby plant, and Furman nourished me,” she said. “There were all of these students and faculty and staff who cared about the same things and helped push me forward.”

“I would not be the person that I am today without the community of people that I was fortunate enough to grow with and be with at Furman,” Barnett said.

After spending some time “living out of an oversized backpack” in Spain, Costa Rica, Belize and Thailand as a trip leader for Wilderness Adventures and teaching at a boarding school in Switzerland, Barnett was ready to plant herself somewhere back in the Southeast. She made a list of five cities, picking Knoxville “kind of on a whim,” she said.

Barnett, who balances managing her three-month-old company with her duties as an editor at Behavioral Scientist magazine, understands that refillable containers are not the only—or even the most important—way to solve our sustainability crisis.

“The place where we solve these problems is at the level of the system,” she said. “It’s with policy, and it’s with the largest plastic polluters. It’s not all about the individuals making better choices, even though I’m helping them do that. We’ve really got to change the system.”

This article has been edited slightly from the original version appearing on the Furman University website.