Lauren Graham, a recent University of Mississippi graduate, has been recognized as one of the nation’s top student veterans as a result of her persistence in overcoming challenges and excelling as a student, volunteer and leader in her community.

Graham recently received the G.I. Jobs Magazine 2020 Student Veteran Leadership Award and was featured on the cover of the publication’s August 2020 issue. The national honor is awarded annually by the magazine’s editorial team to student veterans who make a positive impact on their school and fellow students.

“It’s honestly crazy that out of all the student veterans nominated, they picked me,” said Graham, who graduated earlier this year from UM, a Sullivan Foundation partner school. “There are only 48 of us, so I’m really honored to be recognized.” 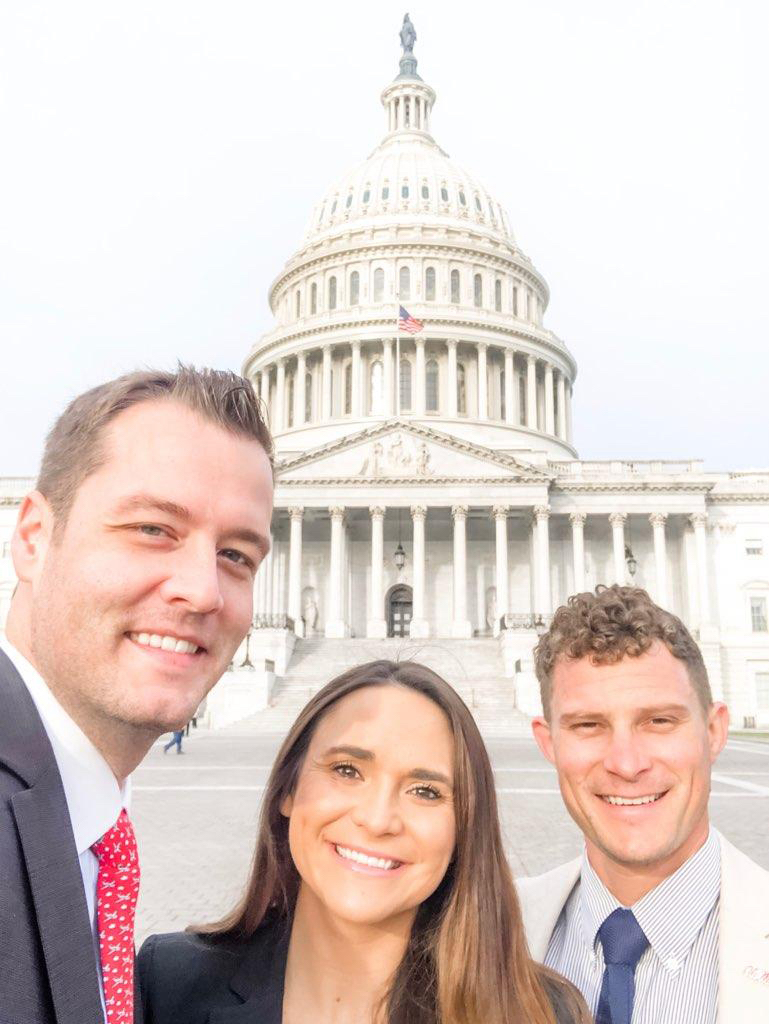 Lauren Graham (middle) traveled with Andrew Newby and Jamie King to Washington, D.C. to lobby for better educational and medical benefits for veterans.

Graham came to UM looking for a second chance after a tragic incident cut short her blossoming career as a nuclear electrician’s mate for the U.S. Navy. Just months before completing her training at the Navy’s Nuclear Power School, she was assaulted while out for a run. The attack landed her in the hospital, and the medications she was given during treatment ultimately disqualified her from serving in the Navy’s nuclear program.

When she got to UM, anxiety from the traumatic event marred her college experience—she rarely left her apartment and would not walk the campus after dark. She soon learned about the university’s Veterans Treatment Program, which provided her the support she needed to fight her anxiety and grow as a student. She also acquired an emotional support dog, a black Labrador retriever, and joined UM’s Student Veterans Association (SVA).

Once connected to the SVA, Graham became active and advocated for veteran-civilian organization partnerships at universities across the country. She shared her story in the recent G.I. Jobs article.

“We’ve been telling the success stories of student veterans in the post 9/11 era since 2001, and we wanted a way for postsecondary schools to recognize vets who are making a difference in their communities and with other veterans,” said Dan Fazio, managing editor of G.I. Jobs. “Most veterans are better off for their service and go on to become great students, employees and community leaders. The military has equipped them to excel, and we love sharing their success stories.”

The students chosen this year were selected specifically for their contributions to other student veterans and to bridging the cultural gap between student veterans and civilian students, faculty and staff while overcoming the unique challenges of being both a veteran and a student. 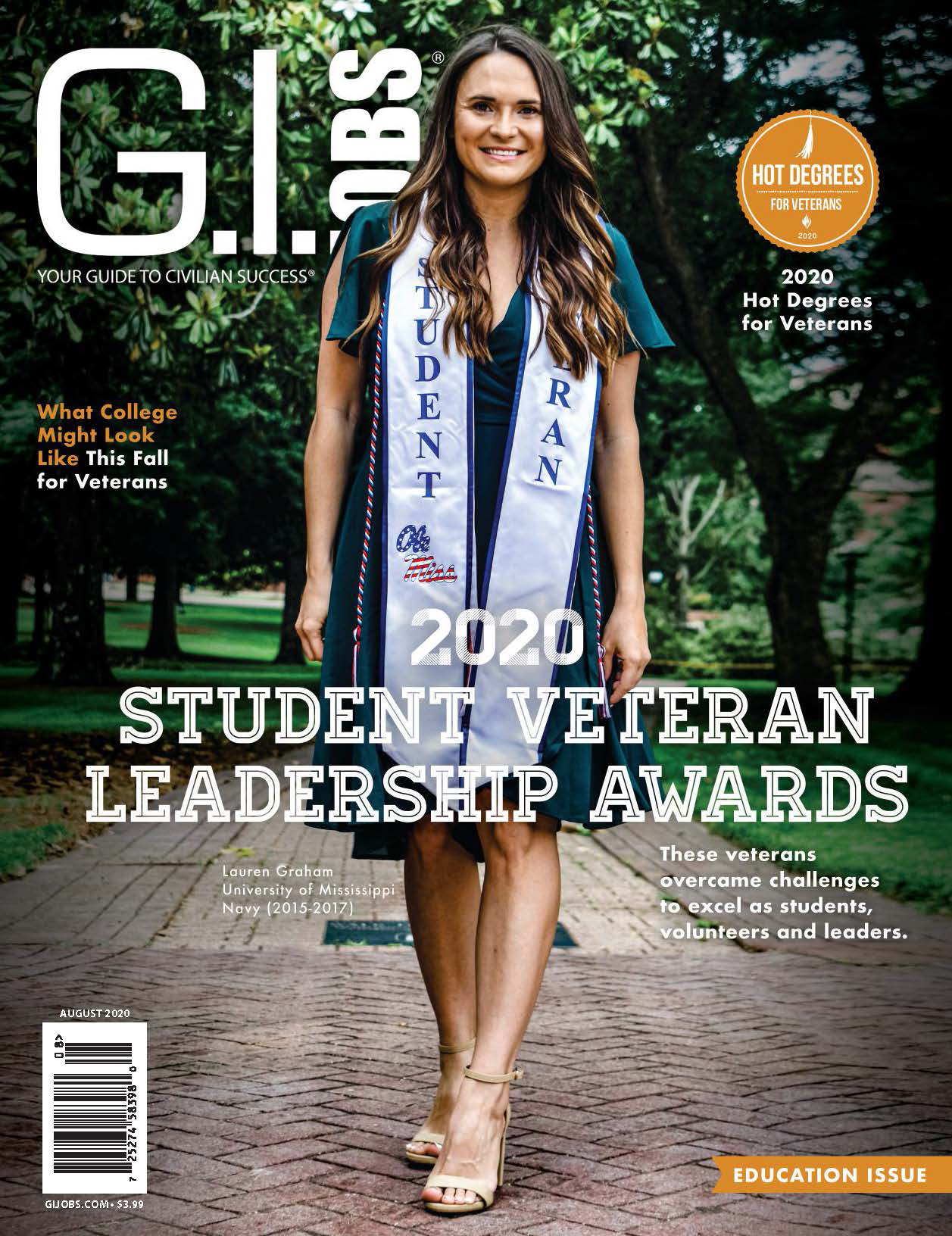 UM alumna Lauren Graham is featured on the cover of the August issue of G.I. Jobs magazine.

In April 2020, Graham, UM alumnus Jamie King and Andrew Newby, UM’s assistant director for veterans and military services, traveled to Washington, D.C. to take part in a joint hearing before the U.S. House of Representatives’ and Senate’s Veterans Affairs committees. Graham said she wanted to share ways in which UM’s Student Veterans Association has been successful with the national organization and how SVAs can partner with other campus organizations. “A lot of veterans organizations are … not incorporated in the student lifestyles, so we wanted to show that it can be more,” she said at the time. “We can integrate with the rest of campus to show how diverse veterans are.”

Newby nominated Graham for this year’s award. He told G.I. Jobs that she has made an immediate, positive impact on the campus and community, calling her a “change catalyst” who championed a shift in campus culture for military-connected students. “Lauren has been an incredible asset to the military-connected students at Ole Miss,” Newby said. “She has driven change for student veterans, traveled to Washington, D.C., to advocate for them at the national level, and has connected the community to campus through her working with Veteran and Military Services and military families.”

“Lauren will be greatly missed, but she’s left this campus in better shape than she found it,” Newby added.

This article has been compiled from several press releases, including this one, on the University of Mississippi website.