After Decades of Serving Others, Leigh Mayberry Is Set to Earn Degree from University of Alabama 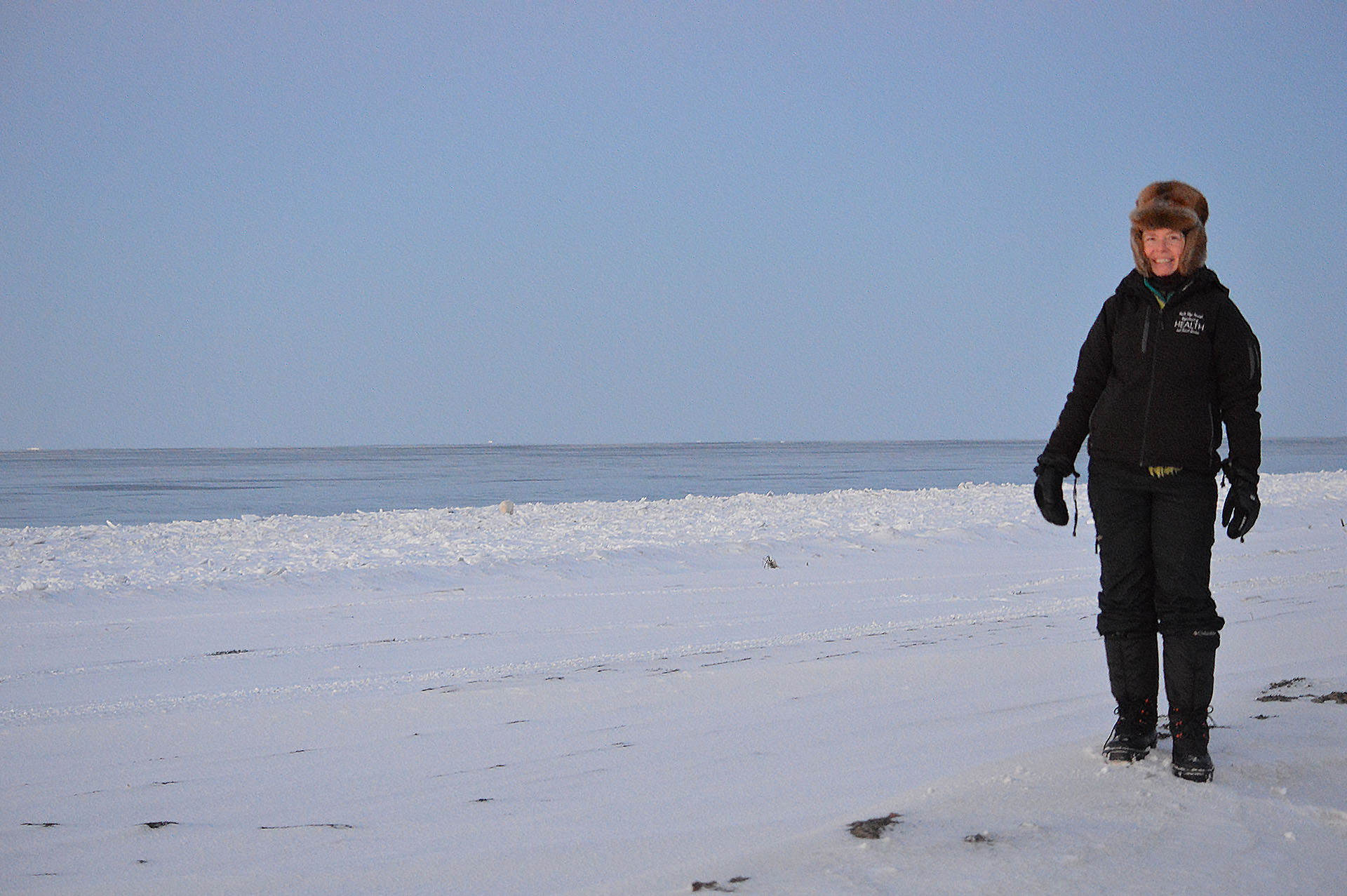 By Melissa Parker, University of Alabama

From being the first in her family to attend college to spending years traveling to the far ends of the world serving those in need, Leigh Mayberry has lived a life full of ambition and adventure.

She’s experienced things many people only dream of, and in just a few days, Mayberry will check another item off her bucket list when she graduates from the University of Alabama, a Sullivan Foundation partner school, with a bachelor’s degree in nursing.

“It’s always been a dream,” said Mayberry, who grew up in a home where her dad’s cherished picture of Bear Bryant adorned the walls alongside the family photos. “I consider it a privilege to even get to go to school and learn, and then to throw in the prestige of the University of Alabama, a place I grew up loving and is just in my blood. I’m just thankful God provided a way.” 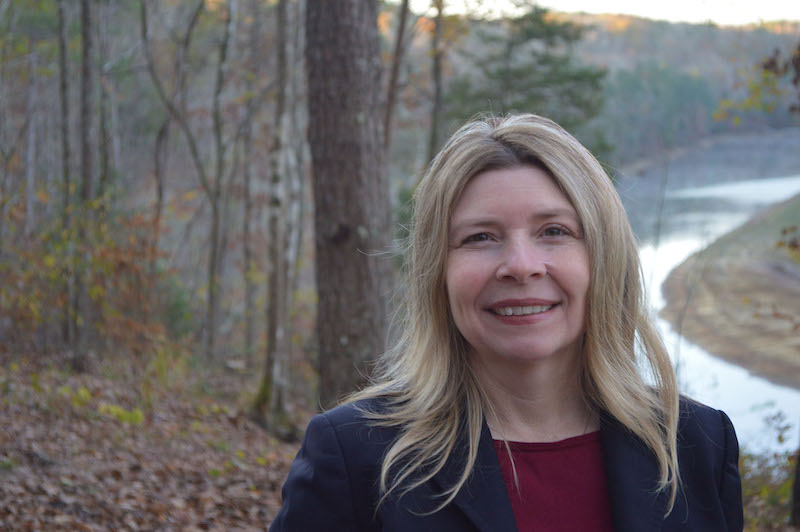 Leigh Mayberry stands in her front yard along Lewis Smith Lake in northern Alabama, where she and her husband plan to build a cabin and start a little farm.

Mayberry felt a calling to live her life helping those in need, so she spent the next 25 years doing just that.

She was working as a nurse in Tennessee where she met her husband, Mike, also a nurse, and the pair dedicated much of their free time to exploring the world.

“We’ve always loved to travel,” said Mayberry, who has gone on annual mission trips to Honduras for the past 14 years. “We’ve traveled a lot in Mexico, Central America and South America. We love the outdoors and hiking. But we also love indigenous people, learning about their culture and working with and serving them.” 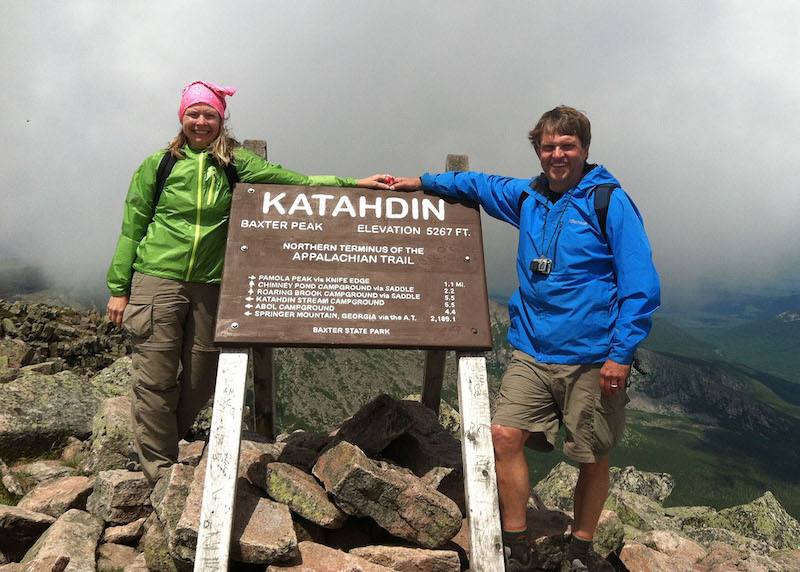 After their adventures in Alaska, Leigh Mayberry and her husband, Mike, spent eight months hiking the Appalachian trail.

They wanted to make a deeper impact, specifically among native people, so Mayberry and her husband became travel nurses. They bought an Airstream trailer and headed west to work with the Native American tribes of Comanche, Apache, Kiowa and Navajo.

The Mayberrys, who find direction in life from a deep faith in God, then set out on what was perhaps their greatest adventure yet.

“My husband used to be a commercial crab fisherman, and he wanted to go back to Alaska,” she said. “We knew that the villages near the Arctic Circle were far removed from civilization. We’d get to serve the natives, learn about their culture and maybe even make a difference. It was a wonderful opportunity.”

For three years, they lived in the town of Barrow, now Utqiagvik, the northernmost city in Alaska, a place known for its extreme temperatures, 66 days of winter darkness and regular polar bear encounters.

Mayberry worked for a program that trained the Iñupiat people in six remote subsistence villages, reachable only by bush plane, to provide medical care for their own village people. She was forever impacted by their way of life, especially the sense of community they value.

“The people were so warm and welcoming and treated us like family,” Mayberry said. “They cared for me, shared their food with me, taught me how to protect myself in the villages. I learned more from them than they ever learned from me, and it was so humbling to be a part of their community.”

Mayberry and her husband moved back to Alabama a few years ago. She decided to further her education and enrolled in UA’s RN to BSN distance learning program, which she completed in just one year.

“Life is full of obstacles,” she said. “But I feel so blessed that I was able to go to community college, get my RN, travel the world and have many great jobs. And now here I am, 50 years old, about to graduate from the University of Alabama.” 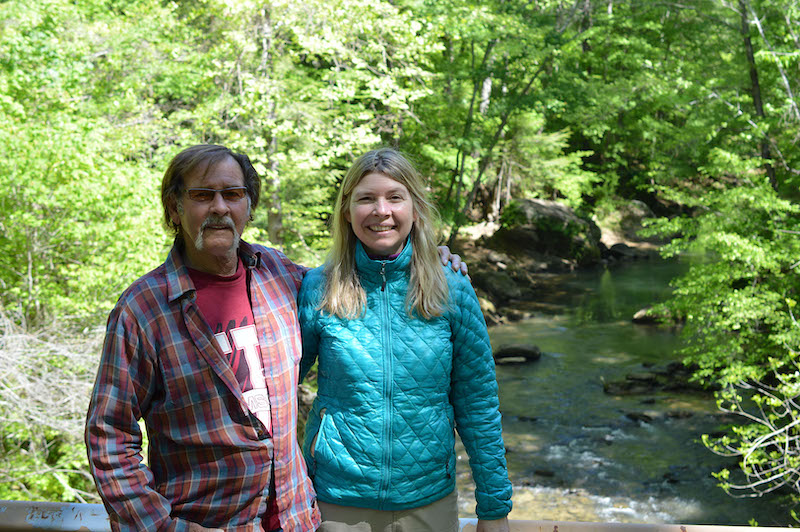 Mayberry and her father, Rick, enjoy a hike by Borden Creek in the Sipsey Wilderness.

And Mayberry’s dad—her greatest fan and one of UA’s biggest supporters, whose first phrase after surviving throat cancer was “Roll Tide”—will be there with beaming eyes, cheering her on.

Although she doesn’t know exactly what the future will look like, she knows she’ll spend it giving back. “I feel like I didn’t have all these experiences to not share them with others,” said Mayberry, who hopes to teach one day. “I’m not sure exactly where God’s going to lead me next, but maybe my experiences can inspire and motivate others.”