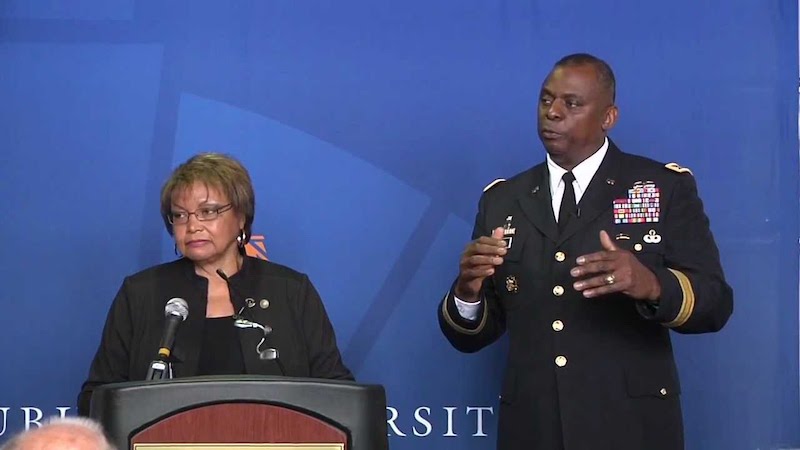 Austin was commissioned as an infantry second lieutenant in 1975 upon graduating from the U.S. Military Academy. Through the decades, he rose among the ranks and broke down barriers. His 41 years of service most recently included serving as commander of U.S. Central Command from March 2013 through March 2016. In that role, he was responsible for the 20-country Central Region that includes Iraq, Syria, Iran, Yemen, Afghanistan, Pakistan, Egypt and Saudi Arabia. He was also the Combined Forces commander in Iraq and Syria.

“Gen. Austin represents Auburn’s best in leadership, commitment to excellence and service to others,” said Jay Gogue, president of Auburn University. “We know he will serve our nation with distinction and honor just as he has done throughout his career.”

Upon Austin’s retirement in April 2016, then-Army Chief of Staff Mark Milley (who later became the Chairman of the Joint Chiefs of Staff under President Trump) praised the general as “one of America’s greatest soldiers.”

“All of us consider him a national treasure,” Milley said at Austin’s retirement ceremony. “He was, literally, not only to me but to so many others, a big brother, a coach, a mentor, a confidant, a guardian angel and a friend. In so many ways, Lloyd Austin raised an entire generation of generals and flag officers.” 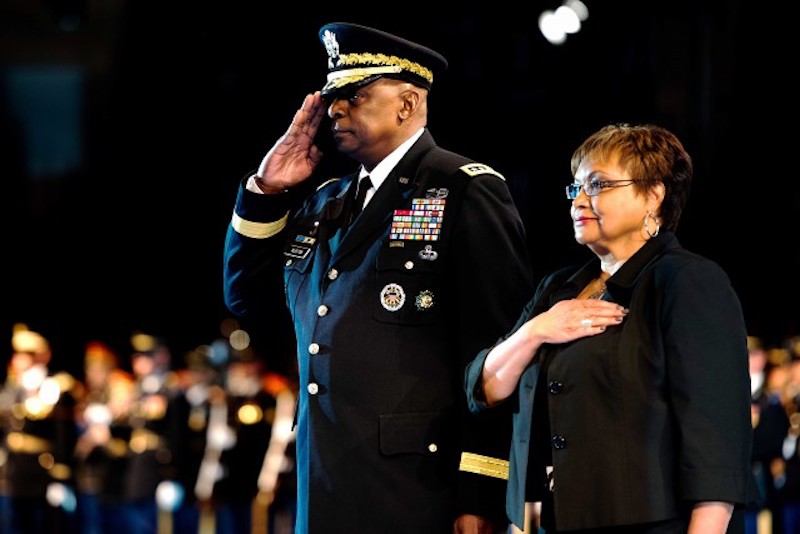 Secretary of Defense Lloyd Austin and his wife, Charlene Austin, at the general’s 2016 retirement ceremony

Austin is a graduate of the U.S. Military Academy at West Point, New York, and holds master’s degrees from Auburn University in education and Webster University in business management. Since his appointment to the Auburn Board of Trustees in 2017, Austin has leveraged his leadership and government experience in advancing the university’s research and technology development in fields ranging from advanced manufacturing and canine explosives detection to precision agriculture and sustainable housing.

Austin has served on Auburn’s highest governing board as a lead trustee for the alumni committee and most recently the research and technology (economic development) committee. Austin has also received Auburn’s Lifetime Achievement Award.

An esteemed leader on a global scale, he has earned five Defense Distinguished Service Medals, the Silver Star and the Legion of Merit. Austin has extensive operational experience, having commanded troops in combat at the one-, two-, three- and four-star levels. During his last deployment, he served as a four-star general and commander of United States Forces-Iraq from September 2010 through December 2011. He later served as the 33rd Vice Chief of Staff of the Army.

His wife, Charlene, is also a graduate of Auburn University, and they have two sons.

This story has been edited and expanded from the original version appearing on the Auburn University website.