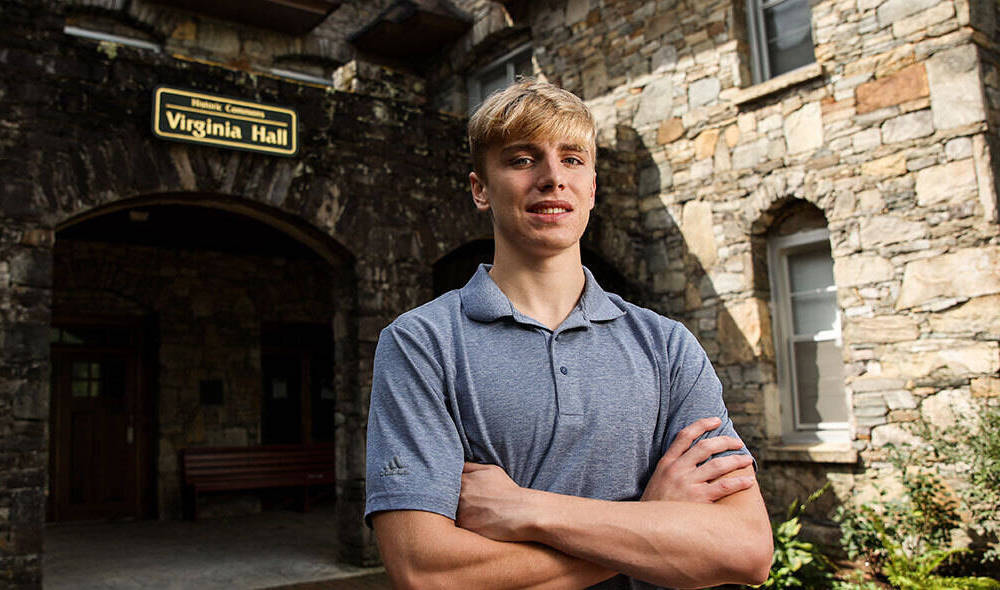 It took a long time for Matthew Knafelz, the 2022 recipient of the Sullivan Foundation Scholarship at Lees-McRae College, to find his voice. Now he uses it to speak up and raise money for those children who struggle with apraxia of speech, a motor speech disorder that makes it difficult to speak.

Knafelz, who is from Charlotte, N.C., was diagnosed with apraxia of speech in childhood. According to the nonprofit Apraxia Kids, children coping with the disorder “generally have a good understanding of language and know what they want to say.” But they “have difficulty learning or carrying out the complex sequenced movements that are necessary for intelligible speech.”

Knafelz went through years of speech therapy to overcome the disorder. Now, he volunteers to help others who live with speech apraxia. In 2021, he helped coordinate the Charlotte Walk for Apraxia, raising thousands of dollars to support others with the disorder.

The Sullivan Scholarship will provide $10,000 in annual funding toward Knafelz’s education at Lees-McRae College.

While he was being recruited for the men’s basketball team, Knafelz toured the campus and fell in love with the mountains and small, tight-knit community that Lees-McRae provides. He recently graduated from Metrolina Christian Academy, a small high school where he felt he could thrive after attending a much larger school for his first three years.

Knafelz realized the sense of community and connectedness he found at Metrolina could be found again at Lees-McRae.

Knafelz is currently pursuing a degree in business administration and hopes to enter the technology field after graduation. In the meantime, he’s looking forward to connecting with his fellow Bobcats by getting involved in student clubs and dedicating his time to the basketball team.

First established at Lees-McRae College in 1936, the Sullivan Scholarship is awarded annually to one incoming freshman who demonstrates exemplary personal character and a commitment to service above self.

This article has been edited from the original version appearing on the Lees-McRae College website.