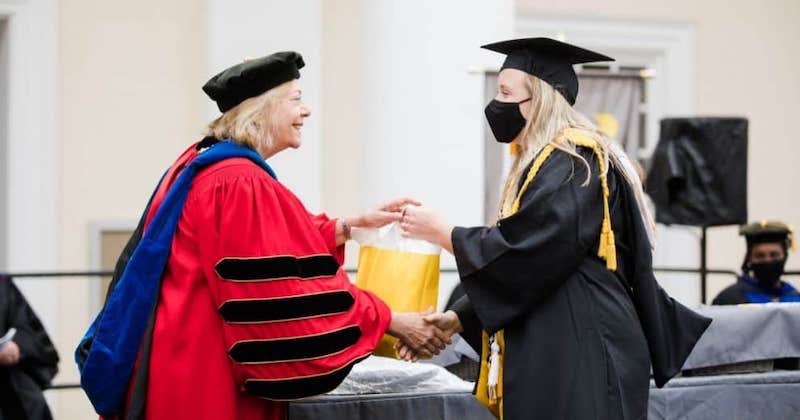 Kylie Stottlemyer is the first-ever criminal justice major to graduate with an honors degree from Sullivan Foundation partner school Mary Baldwin University (MBU). She was also the student recipient of the Algernon Sydney Sullivan Award for 2021, along with Professor of Philosophy Roderic Owen, who received the faculty award.

“Stottlemyer exemplifies the Sullivan qualities of noble character and unselfish service,” according to a statement on MBU’s website. “She is regarded as an outstanding leader whose daily life exhibits love and helpfulness to others and whose service is marked by sincerity, humility and integrity, and personification of service above self. Her engagement across her four years at Mary Baldwin spans student leadership positions including SGA treasurer and president of the criminal justice and social work clubs, and many hours of volunteer service with the Rape Aggression Defense Group, Samaritan’s Purse International and CASA. Her academic achievement is also exemplary as a Baldwin Honors Scholar graduating in criminal justice and a Capstone Festival award winner.”

Stottlemyer’s senior thesis won a top honors award at the Capstone Festival this year. It presented the results of her partnership with a small Shenandoah Valley police department to investigate the complex relationship between law enforcement, the community and victims of crime. Though her thesis is complete, she continues to work with the department to create better training opportunities for their officers. 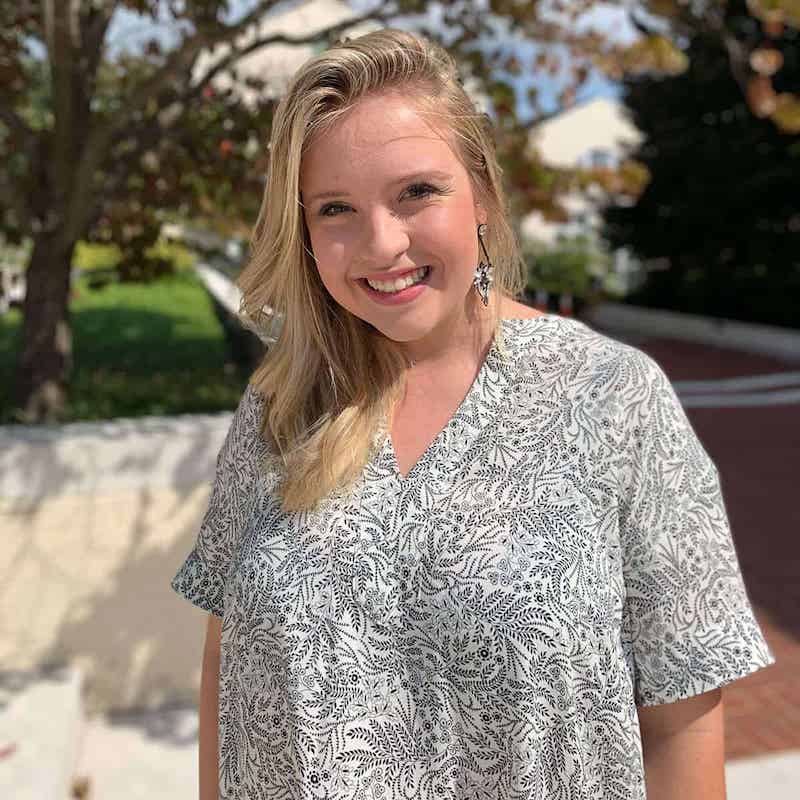 Stottlemyer also serves as a court and community collaboration coordinator for survivors of domestic and sexual violence at Response, Inc. She served in leadership roles for nine student organizations on campus, including the SGA Executive Committee, and received the President’s Award in 2020 for excellence in leadership.

She is also the first person in her family to earn a college degree. “Being able to continue my education after high school was a goal that I set out to achieve, and I can proudly say that I have now accomplished it with the guidance of my faith, my family and my friends,” she said.

After graduation, Stottlemyer will begin a master’s program in homeland security and emergency preparedness at Virginia Commonwealth University. 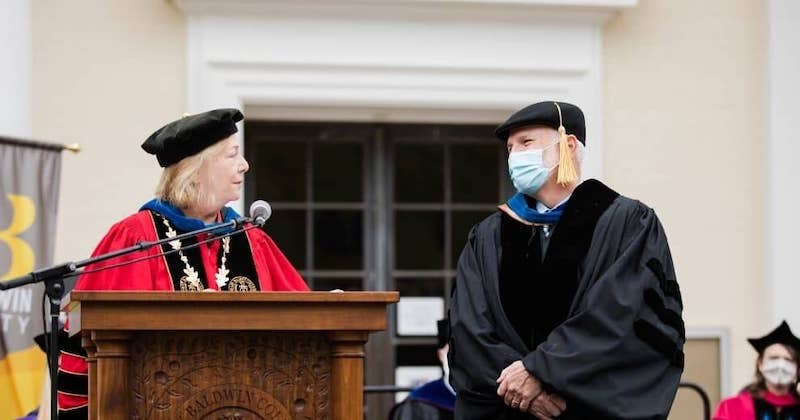 Roderic Owen, the faculty recipient of the Sullivan Award, is “beloved and universally respected by the entire Mary Baldwin family in commitment and connections spanning 41 years,” according to the MBU website.

“In my more than 40 years in higher education, I can sincerely affirm that I have not been privileged to work with a more exemplary colleague and citizen,” said MBU President Pamela R. Fox, who bestows the Sullivan Awards each year.

“Owen has left an integral mark on his colleagues, thousands of students, and the founding and developing of signature Mary Baldwin programs in education, the Virginia Women’s Institute for Leadership, the Program for the Exceptionally Gifted, the adult degree program, the Spencer Center, and the Coalition for Racial and Social Justice. He is a champion of the MBU mission and of the centrality of the liberal arts, international studies, diversity and inclusion, and much more.”