“Dream Like a Kid”: The Inspiring Story Behind Me & The Bees Lemonade 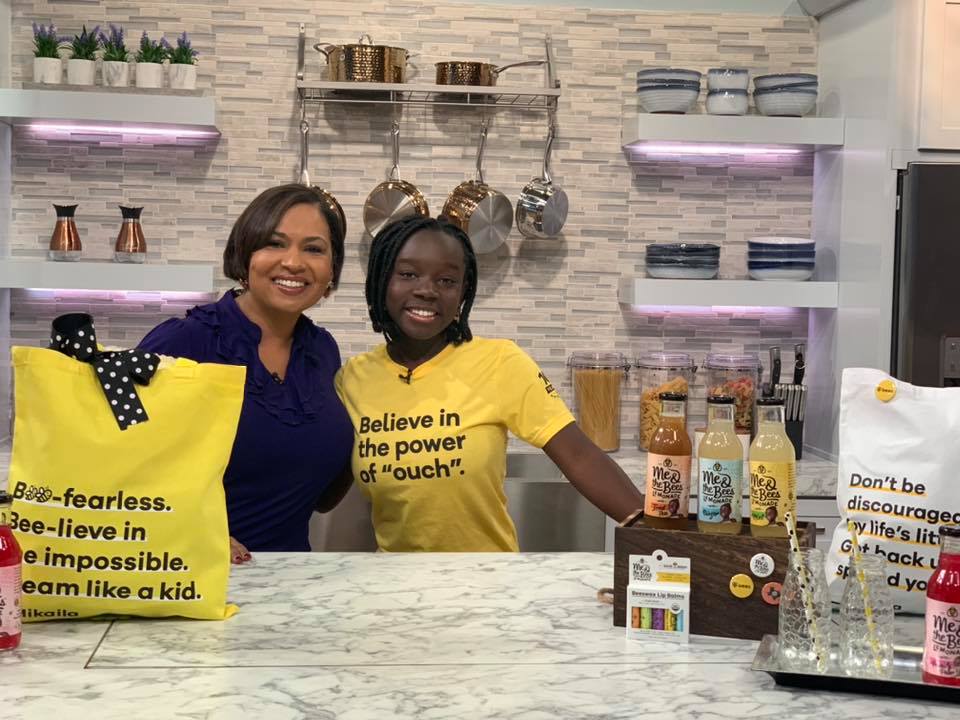 Nearly every kid gets stung by a bee at some point, but for Mikaila Ulmer, founder of Austin, Texas-based Me & the Bees Lemonade, it was a life-changing experience.

Mikaila was four years old when a bee delivered that first fateful sting, followed by another bee and another sting later that same week. The experiences scared her, as she explains on her website, but also piqued her interest in honeybees. Fascinated, she set out to learn more about the insects and their importance to the world’s ecosystem. At the same time, the entrepreneurial-minded child was mulling over ideas for a business competition for an upcoming Acton Children’s Business Fair and Austin Lemonade Day. 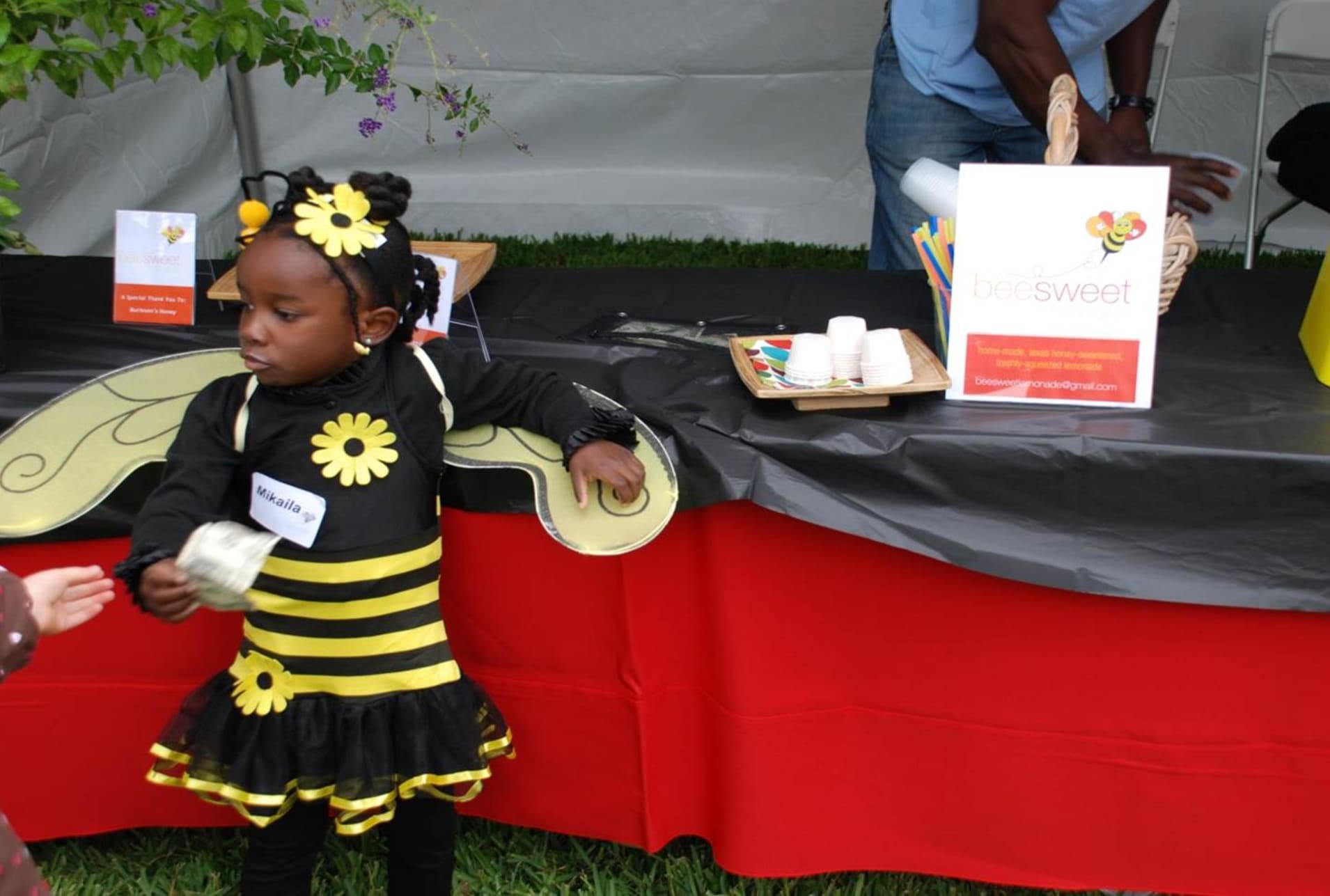 Mikaila Ulmer was four years old when she started the lemonade stand that would lead to her social enterprise, Me & the Bees Lemonade.

Mikaila’s plan began to come together when her great-grandmother sent her family an old cookbook with a recipe for flaxseed lemonade. Blown away by the flavor, Mikaila set up a lemonade stand in front of her family’s home, with a rather modest goal in mind: “The first time I sold it,” she told CNBC in 2017, “I thought, ‘This is only going to be a one-time thing. I am going to do it once, get the money, donate some and then save some and then use the rest to buy this awesome toy that I wanted.’”

Now bit by the business bug, though, she was back in action six months later, making and selling more lemonade. Then, when she was seven, a local pizzeria began offering the beverage to its customers. 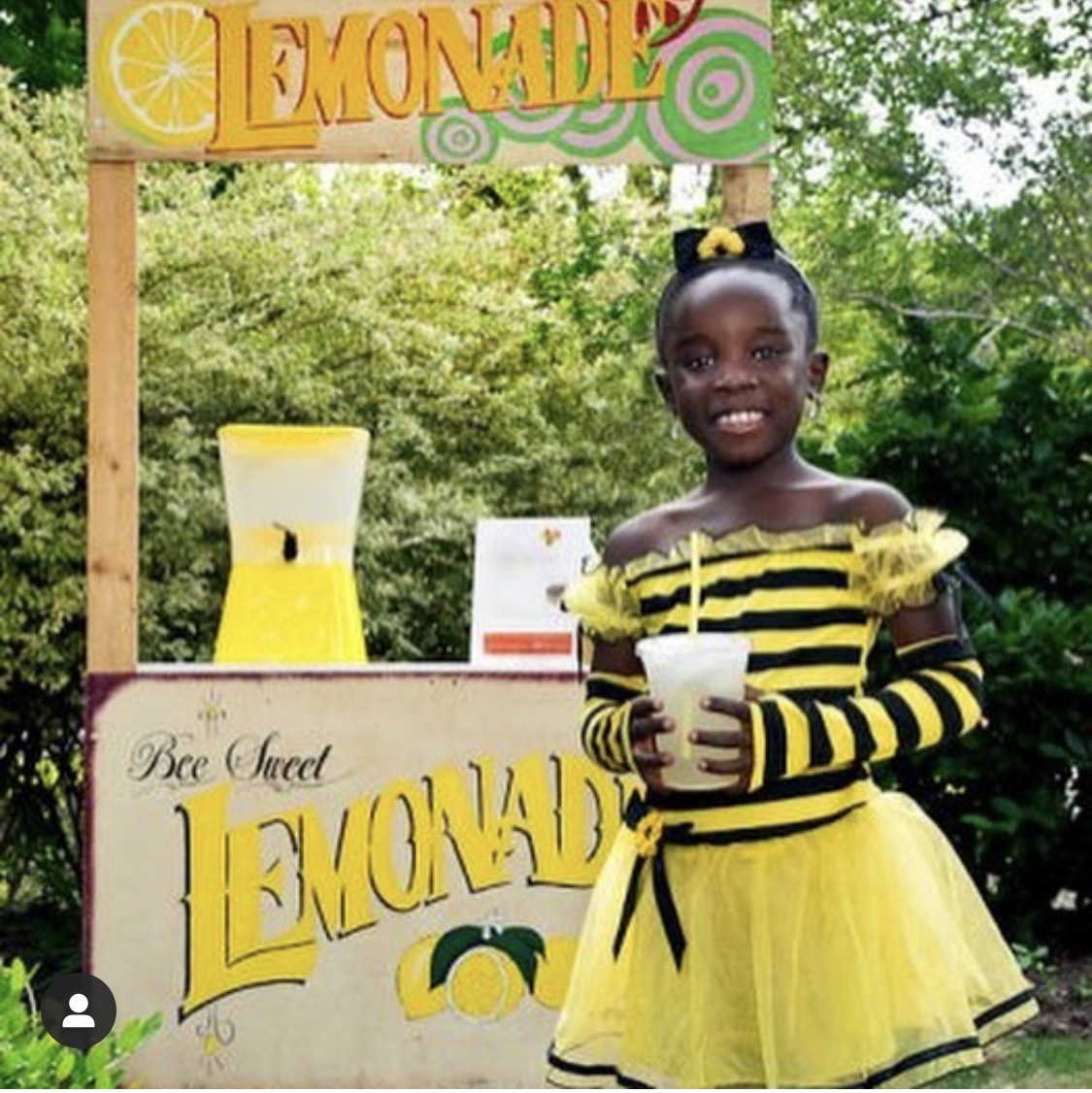 Mikaila hit upon the idea for her tasty Me & the Bees lemonade after trying out a recipe from her great-grandmother.

“That’s how Me & the Bees Lemonade was born,” Mikaila explains on her website. “It comes from my Great Granny Helen’s flaxseed recipe and my new love for bees. So that’s why we sweeten it with local honey. And today my little idea continues to grow.”

A dedicated social entrepreneur, Mikaila has sold Me & the Bees Lemonade and given speeches at youth entrepreneurial events around the country. Ten percent of her profits goes to local and international organizations, such as the Healthy Hive Foundation, that are working to save the world’s dwindling honeybee populations.

As of July 2018, Mikaila’s beverages were available in 500 stores nationwide, according to the BBC, with sales of 360,000 bottles a year.

Whole Foods Market started carrying the Me & the Bees Lemonade brand in 2015. “Mikaila and her company caught our attention on a number of fronts,” Whole Food Market’s Jenna Gelgand told the BBC. “She had a unique product that tasted great, along with a strong passionate founder and social mission. We were immediately impressed with Mikaila as a young entrepreneur and with her vision to create awareness around the importance of pollinators.” 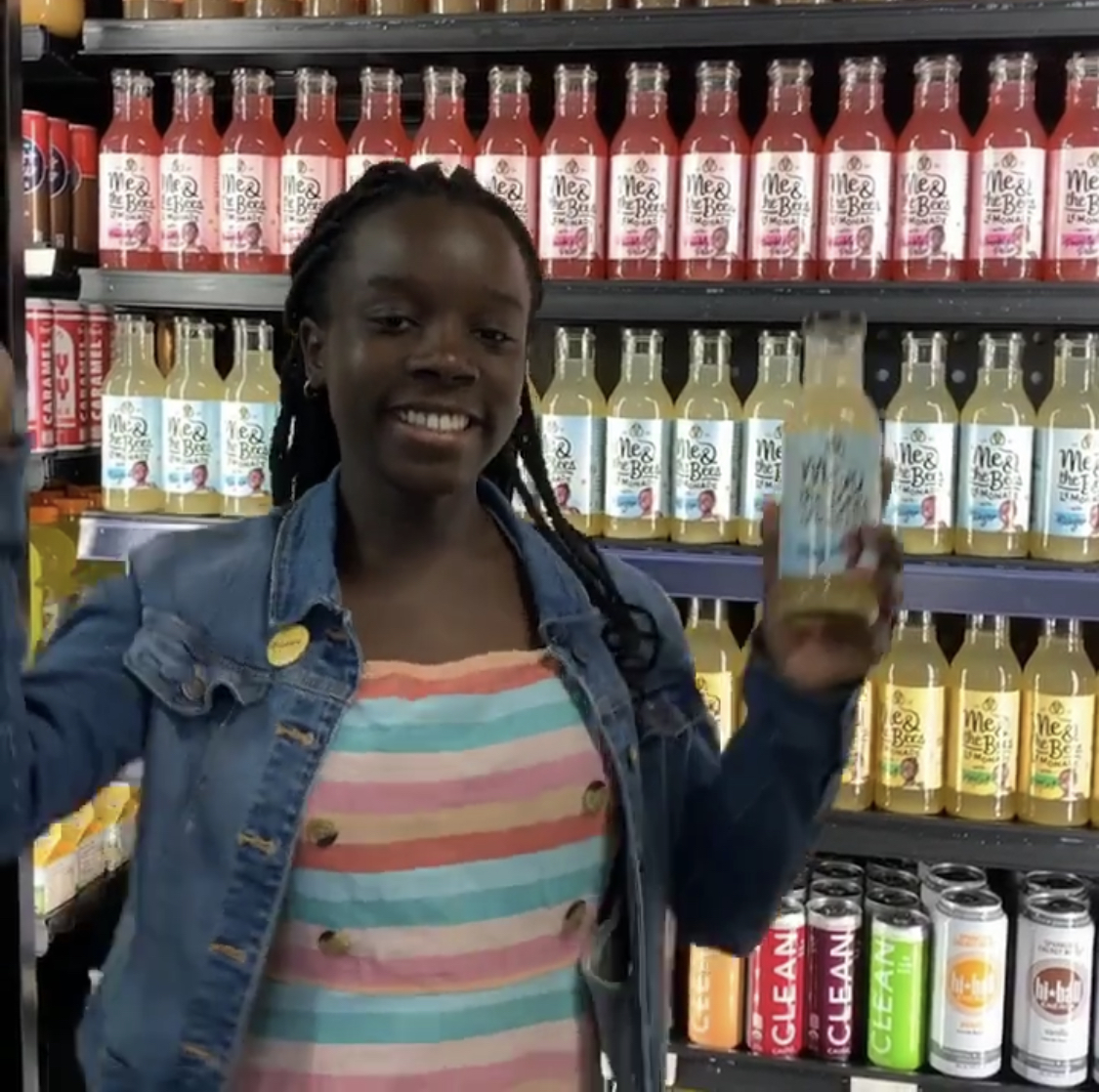 Mikaila Ulmer’s lemonades can now be found in hundreds of stores around the country.

And make no mistake: Mikaila is a lot more than a cute face on a bottle. She has co-managed the mission-driven business from its inception, along with her parents, both of whom have degrees in business. “We’re considered co-CEOs because I make decisions that my parents wouldn’t make and my parents make decisions that I wouldn’t make,” she told the BBC. “Also, I am young … I know I don’t know everything, and so I am definitely going to take their advice and opinions into consideration.”

Mikaila’s profile rose dramatically when she appeared on “Shark Tank” in 2015, where she persuaded Daymond John of FUBU to invest $60,000. According to CNBC, the exposure sent her sales soaring by 231 percent in the next year. Meanwhile, President Obama invited her to the White House, and a consortium of former and current NFL football players kicked in for $800,000 two years later.

One of those players was former Houston Texans running back Arian Foster. “We look for companies that match our main focus of developing a good product but [that] are also good people and do it for the right reasons,” Foster told the Houston Chronicle in 2017. “It’s more than about money to us. We believe that investing in small black businesses is extremely important.” 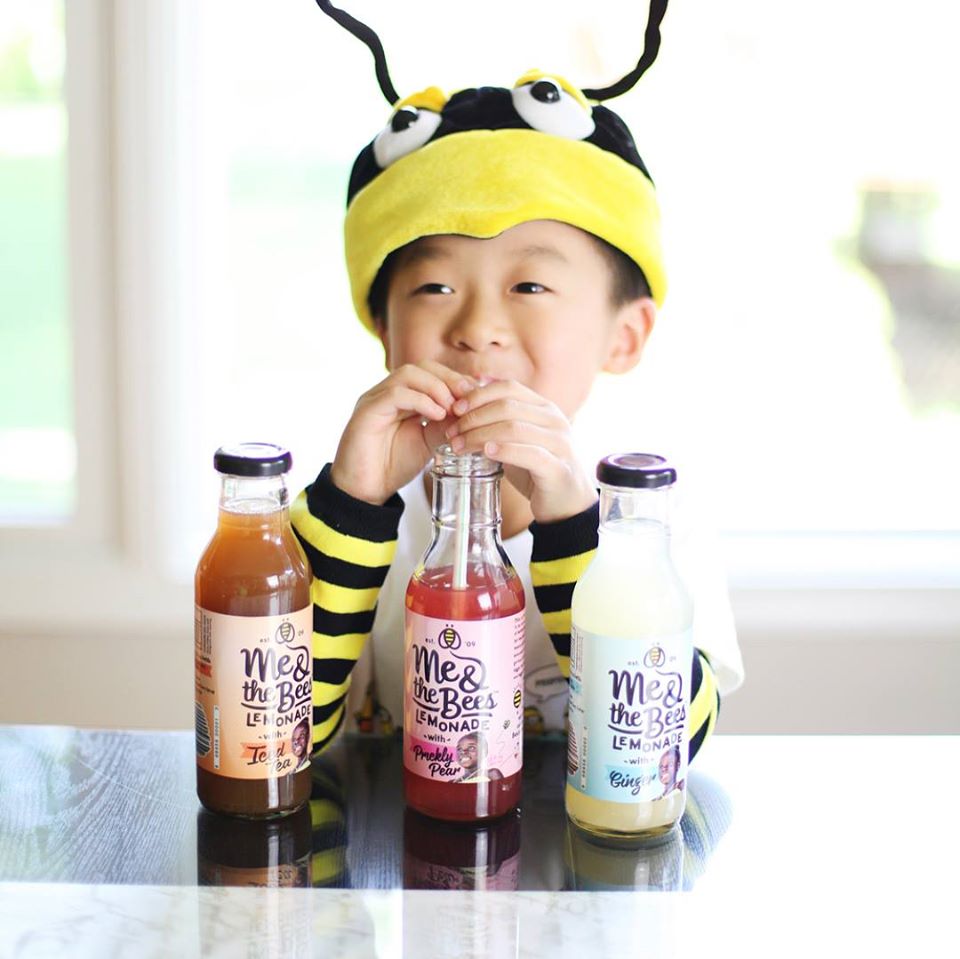 Smart branding with a dose of cuteness has helped Me & the Bees Lemonade grow to more than 20 states.

“[Mikaila] is super smart,” Detroit Lions safety Glover Quin, another investor, said in the Chronicle interview. “She’s very special. Obviously, she has a bright future. Hopefully, I can be a part of it and nourish it and watch her grow. The sky is the limit. I’m very impressed with her.”

In a CNBC interview, Mikaila advised other aspiring entrepreneurs to focus on a business idea that they’re genuinely passionate about and that helps “solve a problem in the world that needs to be solved.”

“Dream big, and not only dream big, but also dream like a kid,” she added. “When a kid has a dream and they want it to come true, they will do whatever it takes to do so. They don’t see the obstacles in the way—they will just fight hard to make it come true. Sometimes you have to get into that mindset and dream like a kid.”