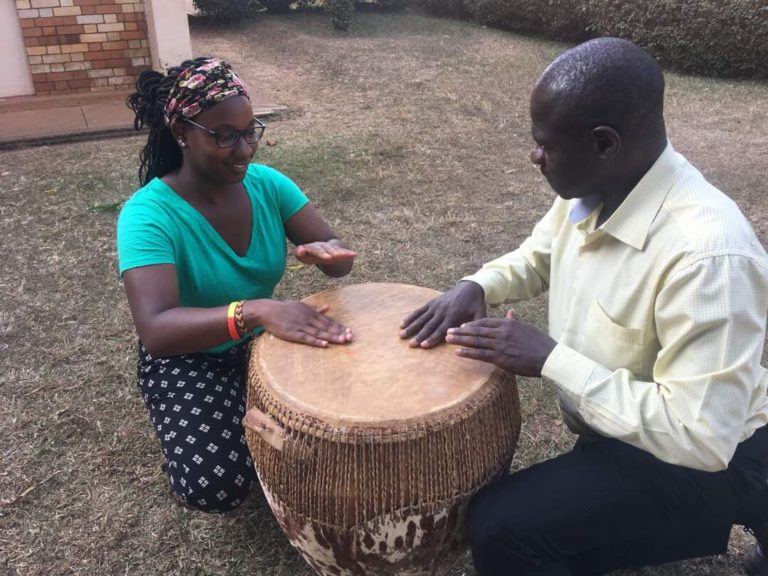 One year after graduating from Sullivan Foundation partner school Mercer University, Kayla Beasley is making an impact in Uganda as a Peace Corps volunteer.

Her work mainly focuses on HIV prevention among youth, adolescent girls and young women. But it’s wide-ranging, also touching on maternal and child health; water, hygiene and sanitation; and malaria prevention. “Every day is different, and each day brings something new to learn or teach,” said Beasley, who earned a Bachelor of Arts degree in 2018 majoring in global health studies with a double-minor in global development studies and history.

Beasley works with the Makerere University Walter Reed Project, a nongovernmental organization focused on HIV research and prevention in Uganda. She’s mainly working on two projects in support of the group—implementing the Grassroots Soccer program at primary and secondary schools and giving lessons as part of the DREAMS program.

Grassroots Soccer is an adolescent health group that uses soccer to educate and inspire youth to overcome health challenges. “It is a fun and interactive way to engage youth in HIV prevention and malaria prevention,” Beasley said.

DREAMS, which stands for Determined, Resilient, Empowered, AIDS-free, Mentored and Safe Women, aims to reduce HIV infection among adolescent girls and young women in sub-Saharan African countries. About 1.3 million adults are living with HIV in Uganda, and women are disproportionately affected, according to the Joint United Nations Programme on HIV/AIDS, known as UNAIDS, which leads the global effort to end AIDS as a public health threat. 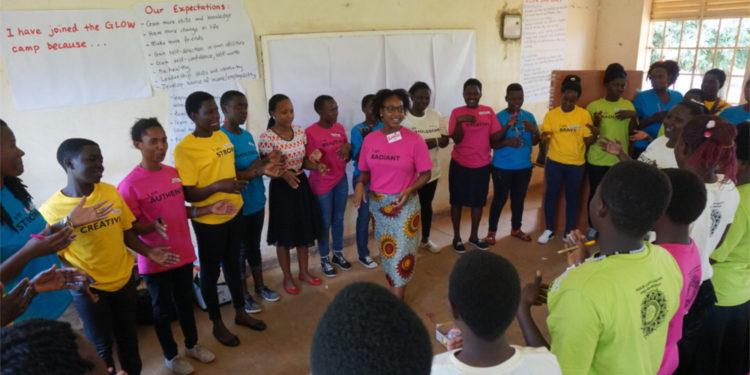 Over 59% of infected adults are women, according to UNAIDS, and new HIV infections among young women, ages 15-24, were more than double those among young men.

As part of the DREAMS program, Beasley gives lessons on sexual reproductive health, which oftentimes include discussing maternal and child health. She also teaches girls how to make reusable menstrual pads as a way of empowering them to not be embarrassed by menstruation. Embarrassment often leads to girls missing school and feeling ostracized in their communities, Beasley said.

Making the pads is also used as an income-generating activity and leads to discussions about water, hygiene and sanitation, which is essential to prevent infections and diseases, she said.

Beasley lives in Central Uganda in a district called Kayunga about 50 miles northeast of Kampala, the country’s capital. Every region of Uganda is distinct, she said, which makes traveling in her free time enjoyable. “Every region has different tribes which speak different languages, so you get to experience a variety of cultures in just one country,” Beasley said.

Beasley said her biggest challenge has been learning to take one day at a time. “Throughout Peace Corps service, there are specific points in service when volunteers are usually in a high point or low point in their service,” she said. “But what many people fail to understand is that … you have several highs and lows in just a single day. I am constantly reminding myself to keep putting myself out there because even if I can’t see it now, I am impacting someone’s life in some way or fashion by just showing up and being there.”

Beasley said her time at Mercer prepared her for the Peace Corps experience by giving her an understanding of the universal problems faced around the world, especially in developing countries, and how developed countries have contributed to and perpetuated those issues. The university also taught her how to “effectively, respectfully and positively contribute to the uplifting and development of those countries,” she said.

She said she’s grateful to her professors “for everything they taught me over my four years at Mercer and the tools and knowledge that they knowingly and unknowingly imparted on me, which have not only impacted my life but also the lives of the people I work with every day in my community.”

This story originally appeared on the Mercer University website.