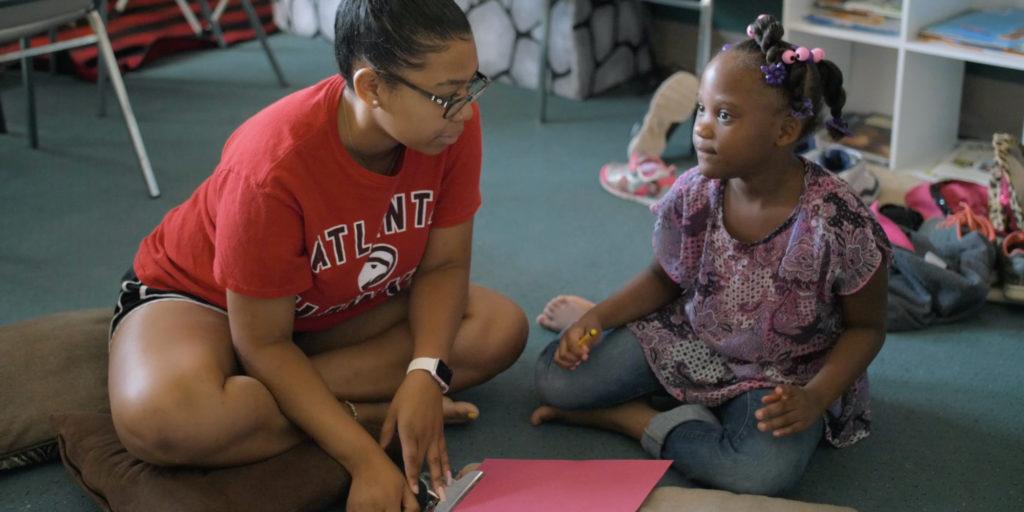 It’s 9 a.m., and there’s a lot of excitement in the Parish House of St. Paul’s Episcopal Church in downtown Macon, Georgia. Children are standing up in front of pews, stomping their feet and chanting. A college student beats a red bucket like a drum.

“It’s Tuesday at Harambee, and Freedom School’s in the house!”

For six weeks in the summer, the church is home to Freedom School, a program dedicated to helping 50 rising first- through third-graders improve their reading skills and learn self-empowerment.

Each day starts with Harambee, which means “to pull together” in Swahili. Here, it’s basically a giant pep rally, getting the children pumped up and ready for reading. College students — four of whom are from Sullivan Foundation partner school Mercer University — lead the charge.

“A lot of kids have a negative view about going to school every day during the school year,” said NaShaya Bartolo, a junior double-majoring in law and public policy and English. She’s one of the Freedom School teachers, known as servant leader interns. “So we’re really trying to reinforce the fun and to show them that reading is also fun.”

Creating Better Readers
Reading is embedded in everything the children do at Freedom School. During Harambee, a guest reads a story aloud and discusses the book. Then, the children break up into groups, going to classrooms for three hours of reading and related exercises. After lunch, they participate in enrichment activities, such as gardening, ceramics, dance, writing and field trips — all with a tie back to reading.

“We read to them, they read to us, and we find ways to increase their reading abilities,” said Ashanti Griggs, a senior majoring in neuroscience who is also a servant leader intern. 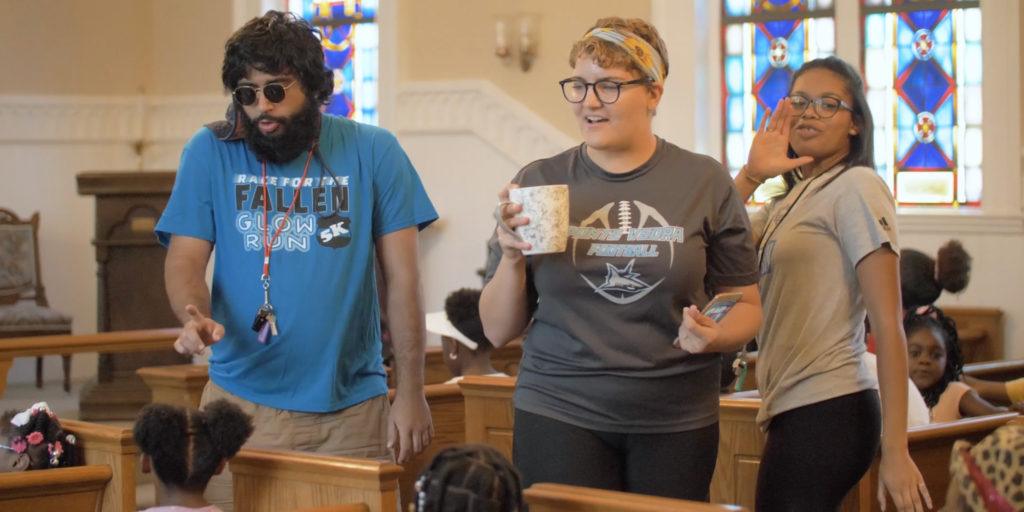 Charlie Marrs, a senior double-majoring in creative writing and religion, is site coordinator at Freedom School, overseeing the teachers and making sure they have the needed supplies. Last year, she worked as a servant leader intern, teaching creative writing in the afternoons, something she’s continuing to do.

“We run a newspaper every week that the kids write up all of the columns for, and then I put it together,” Marrs said.

The children also write poetry. “We’ll go outside and pick up sticks or different things in nature and bring them back inside and use our five senses to write a poem about them,” Marrs said.

The children at Freedom School primarily come from Ingram-Pye, Riley and Southfield elementary schools. Those schools were chosen because they have among the lowest reading scores in Bibb County, said Julie Groce, missioner for Appleton Episcopal Ministries, which started Macon’s Freedom School in 2017.

Servant leader interns are trained by and use a curriculum from the Children’s Defense Fund, which opened its first Freedom School in 1995 and now has 183 sites in 87 cities nationwide. Freedom School provides breakfast and lunch and is run at no cost to the students who attend.

“One thing that I think makes this program important is that a lot of these kids come from pretty poor home situations, and so they’re fine when they’re at school because they can get away from that for a whole school day,” said teacher Ibrahim Aslam, a senior double-majoring in biology and Spanish.

“But … over the summer it’s hard to avoid that. They can’t really escape it. Freedom School offers a respite from what may be going on at home. They can get fed, they can be cared for and nurtured, and they can have positive role models.” 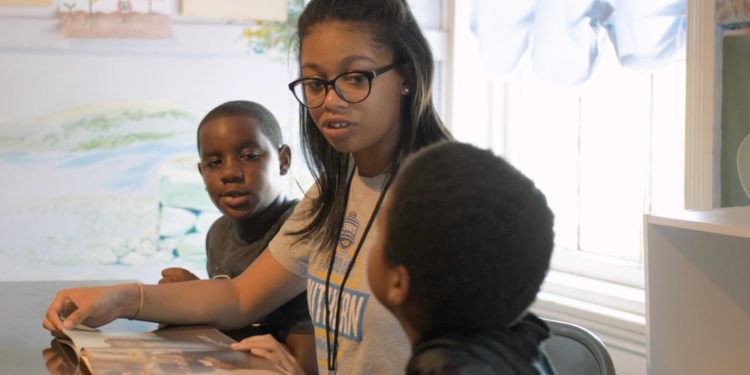 Children come out of Freedom School more motivated. Even when they have a hard time learning, they now have the perseverance to keep going, Groce said. “Several of our children have been with our program for all three years,” she said. “And there are three or four of our kids who are actually now accelerated readers after going through this program.”

Dr. Danielle Howard, principal of Ingram-Pye Elementary, said Freedom School’s smaller setting allows the servant leader interns to connect with children on a more personal level, “so some of our high-needs students get that individual attention.”

One student made such an impression on the servant leader interns that they started coming to school the next year to check on him. “That made his year so much better,” Howard said.

Freedom School is another way Mercer students are living out the University’s commitment to equity and social justice, said Dr. Mary Alice Morgan, senior vice provost for service-learning at Mercer. “Students don’t just happen to go to college in Macon; they feel invested in Macon and its future,” she said. “As we say around campus, ‘Changing the world starts at home.’ ”

Marrs has seen the impact of her community involvement firsthand. “I have seen just in the two years I’ve been doing this that kids who come back do have higher reading levels and are doing better in school,” she said. “But even more than that, their personalities really blossom because they know that they’re loved, and they know that they’re cared for here.

“This is much more than just a teaching job or a camp or hanging out with kids during the summer. It is really life-changing.”

This article originally appeared here on the Mercer University website.