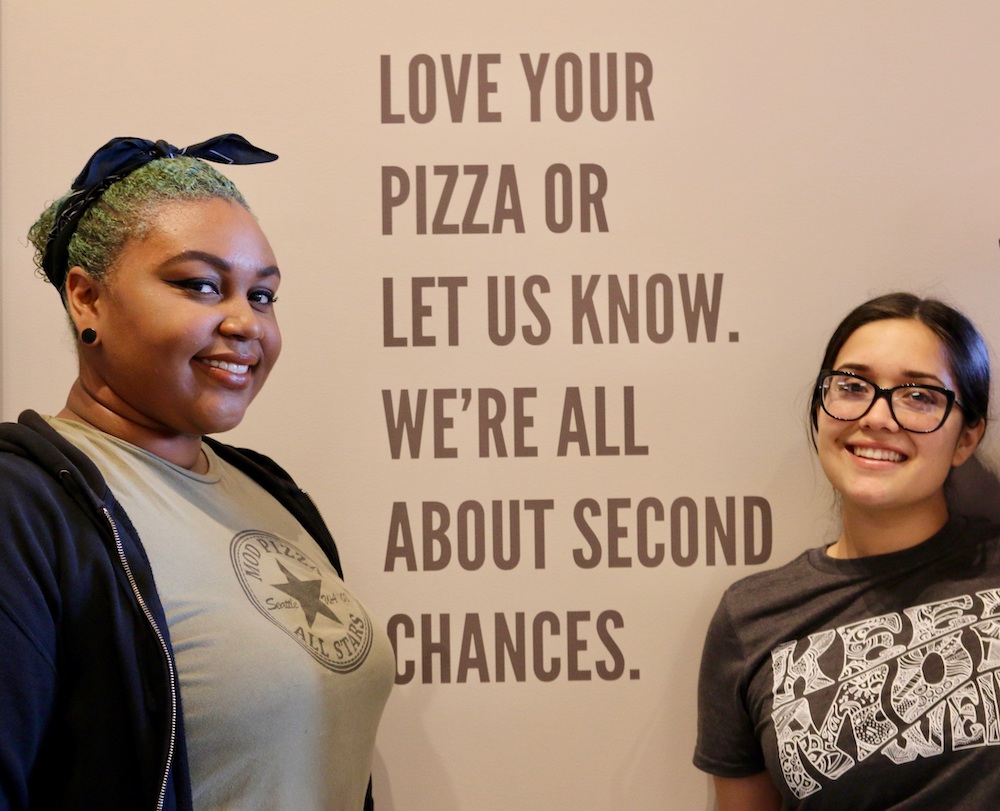 In its efforts to help the formerly incarcerated move on with their lives and build a prison-to-college pipeline, Seattle-based MOD Pizza, one of the country’s fastest-growing restaurant chains, plans to partner with law firms to get some employees’ criminal records expunged, according to Nation’s Restaurant News, a magazine that covers the restaurant industry.

When a person has to check a box declaring they have been convicted of a crime in the past, it’s harder to land a job, get admitted to college, find housing or apply for a loan. MOD Pizza is a purpose-led company known for hiring the formerly incarcerated, as well as people with addictions and developmental disabilities, as part of its people-first mission.

“Giving someone a job is a great thing, but that’s only the entry point of how we can support people with barriers to employment. There’s a lot more support that some of these employees need,” Kira Druyan, MOD’s chief legal officer, told NRN.

For example, a past conviction can make it much harder to get into college. A 2015 Chronicle of Higher Education report found that 70 percent of colleges and universities in the U.S. ask applicants whether they have criminal records on their admission applications. For those that do, “this inquiry has a chilling effect,” notes Root and Rebound, a nonprofit that serves the formerly incarcerated. “Statistics show that two-thirds of applicants who have a conviction history do not finish college applications after they get to the criminal history question.”

The applicants still have a chance to get admitted, but they will usually have to overcome obstacles and paperwork that students without prior convictions don’t face. “Relatively few [schools] reject students outright on the basis of criminal convictions, but many require those applicants to jump through so many hoops—gathering letters from probation officers and corrections officials, waiting additional months for committee deliberations—that the students give up,” the Chronicle of Higher Education report explained. 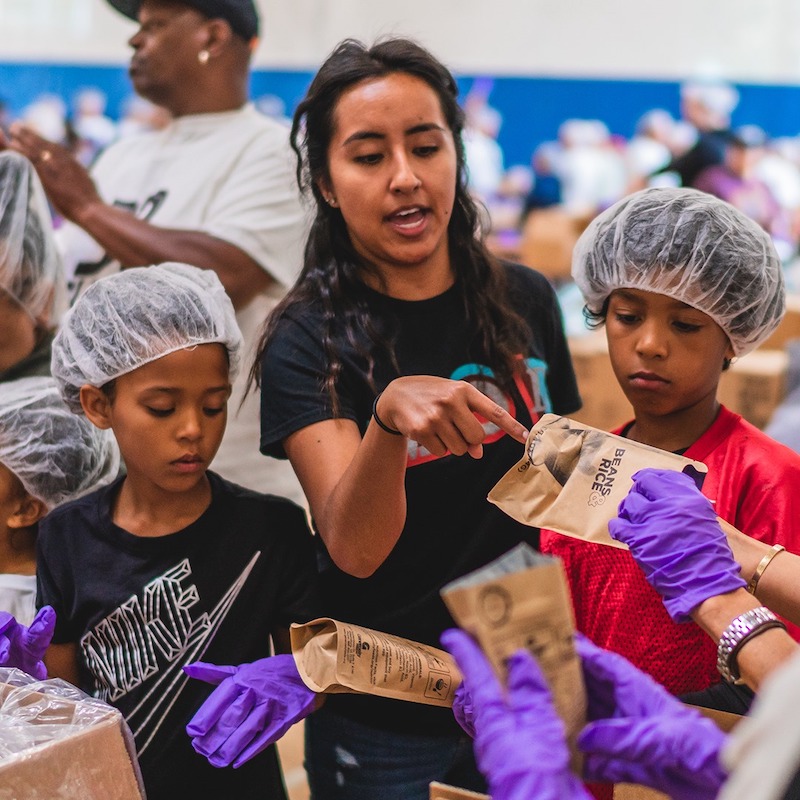 In addition to hiring the formerly incarcerated and people with developmental disabilities, MOD Pizza works with Generosity Feeds, a nonprofit, to provide meals to food-insecure children.

Druyan is working on a system that will pair MOD Pizza employees with lawyers who offer pro-bono services and can help get their records expunged. “Frankly, the response has been really, really positive,” Druyan said. “Outside law firms are always looking to embed themselves more with their clients, and I think cases [like these] have been really meaningful for them.”

The program is still in the pilot stage. Druyan started out with DLA Piper, a global law firm that agreed to take on three cases for MOD Squad members. She hopes the program will eventually become an employee benefit for staffers who have worked for MOD for a certain period of time.

More than 600,000 Americans receive prison sentences every year, The Nation reports. More than three-quarters of those who are released will be back behind bars within five years. “The best way to break this pattern is to give former inmates the chance to enroll in college as well as the financial and psychological support essential for success,” The Nation notes. “Just one in six incarcerated individuals with an associate degree—and one in 20 bachelor’s degree-holders—ever return to prison.” 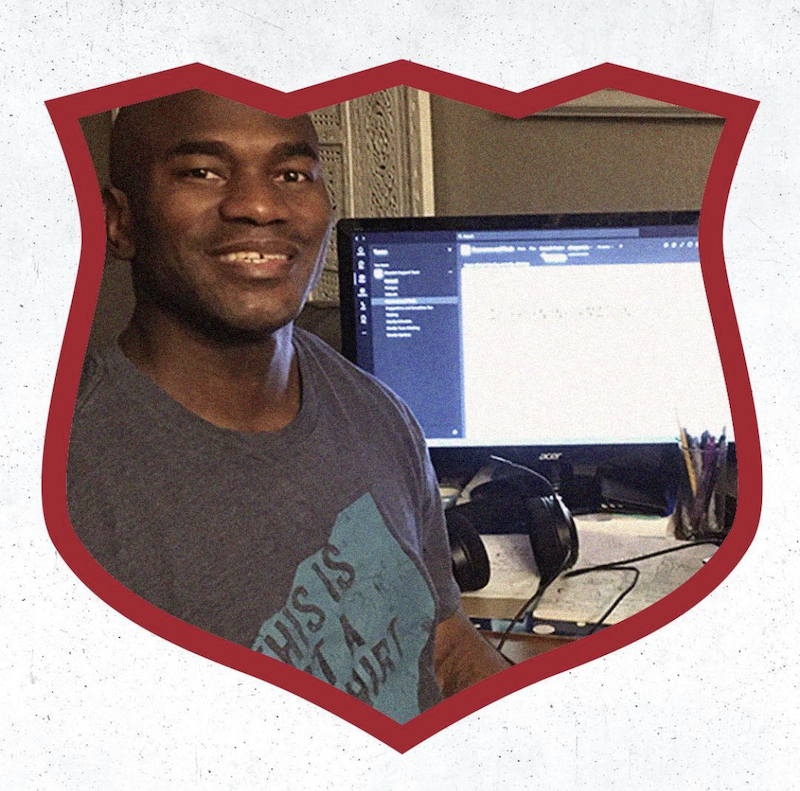 On its Instagram account, MOD Pizza highlights formerly incarcerated employees who are working to move past their criminal history. A man named Edwin, who works in a MOD call center helping solve customers’ problems, is one of them. Featured in an April 2021 post, he said, “People tend to believe that we are not worth taking a chance on. But justice-involved individuals have a strong work ethic.”

Druyan has personal experience dealing with the consequences of a conviction. “I had an arrest in college that I got expunged,” she told NRN. “I may or may not have been in a bar underage with a fake I.D., but I was going to law school, and I knew I needed to get that off my record. So I went and got it taken care of. But I’m lucky. I knew what I needed to do, and I had the backing and education to take care of it. But not everybody does.”

She added, “If I could leave a sustainable social-justice, pro bono-type program for the [MOD] Squad, that would be a much prouder legacy than any of the other legal work that I do.”