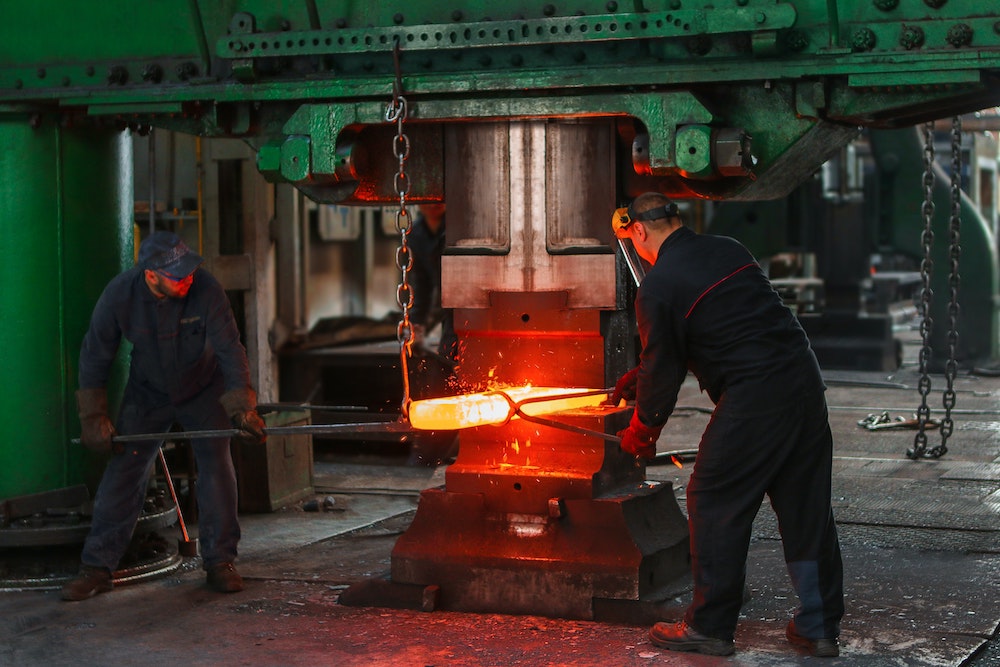 In the following post, we share a blog from Joe Sprangel, dean of the College of Business and Professional Studies at Sullivan Foundation partner school Mary Baldwin University and a principal consultant at Emmanuel Strategic Sustainability. The blog, part of a series, was originally posted here on the Emmanuel website.

Defining Morality
We begin our review of the 17 M’s of manufacturing with “Moral” values. An article by Tranzend Consulting looks at the difference between business ethics and morality, where the latter is a personal perspective of what is right or wrong that will vary for each individual. A company aligned with societal business ethics can still be at odds with the moral values of an individual employee. An example is former employers that would focus on meeting minimum safety requirements mandated by federal and state Occupational Safety and Health Administration standards that are focused only on physical safety. My position was an expectation of a much stronger regard for the overall wellbeing of our workforce to include higher than minimum physical security along with financial, mental, and spiritual elements.

“If you are lucky enough to be someone’s employer, then you have a moral obligation to make sure people do look forward to coming to work in the morning.”—John Mackey, Whole Foods CEO

My Experience
If I were to base the answer to the above blog post title from my experience in manufacturing, I would generally give a “no” answer. I find it interesting that, as I write this content, a stress knot is developing in my chest just thinking about this former aspect of my career. The primary reason I am no longer working in the manufacturing industry is the conflict between both employer expectations and customer practices and my moral values. I felt a failure on the part of the owners of the organizations where I worked and the customers to which we supplied product in fulfilling their moral obligation for me to want to go to work each day.

Hanging Your Moral Values on a Hook
I felt like there was a code in manufacturing to live a different life at work than outside the factory walls. A routine practice was asking employees to lie to customers when quality issues occurred to avoid negative financial chargebacks. Since I see honesty and taking responsibility for wrongdoing as critical moral values, this was at odds for me. If directly asked, I would tell the truth. As you can imagine, this would not put me in good stead with my employer since I was told to do otherwise. However, I would not always share with our customers what I did know about our responsibility for a quality issue, which was still a compromise of what I believe. Owners and executives I reported to would espouse Christian values outside of work but argue that what they asked of me was just business.

A lack of fairness could have driven an employer impetus for not being upfront with our customer base. Each new job would involve contentious negotiations only agreed upon near the production launch. The supplier in this scenario would have to do upfront product and process development without a settlement. At the last minute, a three-year commitment with built-in ongoing price reductions was reached. Then every six months, the purchasing agent would come back, asking for an even lower per piece price. As a comparatively small company dealing with a behemoth auto manufacturer, the typical response was to comply with the demand begrudgingly. The customer was also putting more responsibility for design engineering and prototyping onto the supplier, creating a further compromised opportunity for profitability.

Key Takeaway
The reality is that not every small to large manufacturing company engages in these contrary practices. However, it happened at several employers over my nearly 30-year industry career. The “win at the cost of others” approach drove me away and likely did the same for many others. If we want people to be attracted to the manufacturing industry, then the heads of companies need to engage with one another differently. Instead of a toxic cycle of distrust, for the sake of a few cents to the bottom line, companies should foster a healthy cycle of mutual benefit, in which moral values and employee buy-in are weighted equally to—or even higher than—fiscal profit.

Taking the First Step
There are few Google results when one searches for moral values in manufacturing, which suggests that this is an area ripe for further exploration. I recommend that each person in manufacturing do a “hat on the hook” assessment. If you do not like the results, then I suggest putting a plan together to make the necessary change to properly align your work life with your moral values.

My Gratitude
To spin from what I saw as the seedy side of the sector to a favorable closing, I am grateful for the story of Barry-Wehmiller told in Everybody Matters: The Extraordinary Power of Caring for Your People Like Family . Two sentences in the book told me volumes about the way they choose to do business. The first was “a dramatically different approach to leadership that creates off-the-charts morale, loyalty, creativity, and business performance.” The second was “Barry-Wehmiller has evolved into a company that generates significant amounts of cash every year.” The result at the point of the writing of the book was holdings of eighty companies with ten global operating divisions. Maybe “not” hanging your hat on the hook is a better approach to business.

Sneak Peek
The conversation on the 17 M’s of manufacturing will continue next week with a focus on “Mission.”