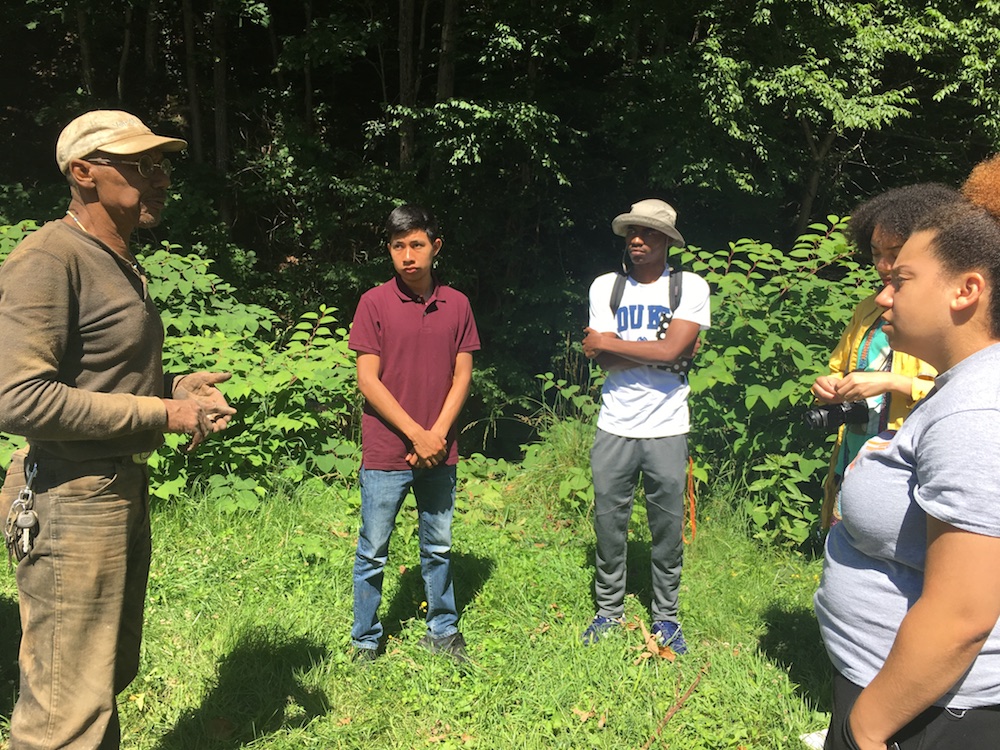 From the Hatfields and McCoys to the once-thriving coal mines that helped fuel the Industrial Revolution, rural Appalachia has a rich and storied history—and a troubled, uncertain future. Vast swaths of the region are mired in poverty and joblessness. Its inhabitants are more likely to die of heart disease and cancer than the average American. And while doctors are few and far between in many counties, Vicodin and Lortab are all too easy to come by.

While many gaze out at the strip-mined Appalachian landscape and see a “big white ghetto” (to borrow a term from the National Review), Dr. Sharon Perot, Professor David Hite and their team at the Appalachian Summit Center (ASC) see opportunities for economic empowerment and innovative people willing to work hard for a better life. Thanks to the power of social entrepreneurship, there’s still gold in them thar hills, they believe, and you don’t have to tear down the mountains to mine it. 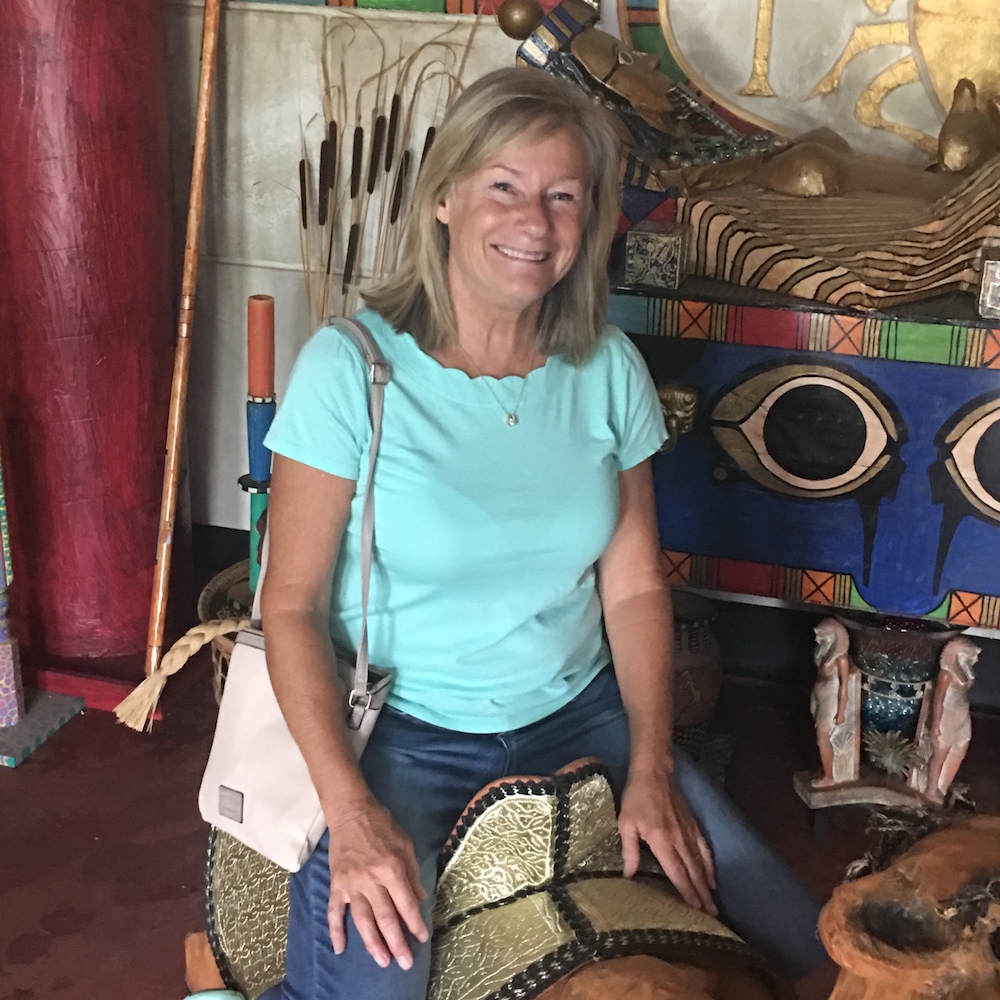 Encouraging Startup Communities
Headquartered in Bluefield, Va., the ASC started out as Perot’s Sullivan Faculty Fellows project and became the first initiative of the Campbell University Hub, a network of Sullivan-affiliated schools in the Campbell region that provide programming to promote social entrepreneurship and economic growth. Perot, a professor and interim dean of the Caudill School of Business at Bluefield College, said she launched ASC because she saw “a need to improve the overall community well-being, including health and education. ASC focuses on encouraging startup communities, providing support to agribusinesses and small business growth.”

As they worked on the project, Perot and Hite realized that, although local civic leaders were working to address problems, they knew little about initiatives outside their own agencies or defined scope. “It became clear that collaboration was essential if we were going to help improve the community,” Perot said. “We envisioned a hub or center where businesses, local leaders, regional tourism agencies, workforce development organizations, SBA chapters, economic development directors, and church leaders were able to share their goals and work together to prevent redundancy. As we know, scarce resources necessitate partnerships and a willingness to work together.”

Perot found partners in the academic world through the Sullivan Foundation. At the Fall 2017 Ignite Retreat in Black Mountain, N.C., she and Hite, a Bluefield business professor, met with Dr. John Bartlett, an associate professor of biology at Campbell University (CU), and Sullivan liaison Dan Maynard, the business librarian at CU. “Sharon mentioned her interest in social entrepreneurship as a way to abate the economic and social stress her community in southern Appalachia is experiencing,” Maynard wrote in a document about the project. “She said that tourism and agriculture looked like fertile areas for social entrepreneurship.” 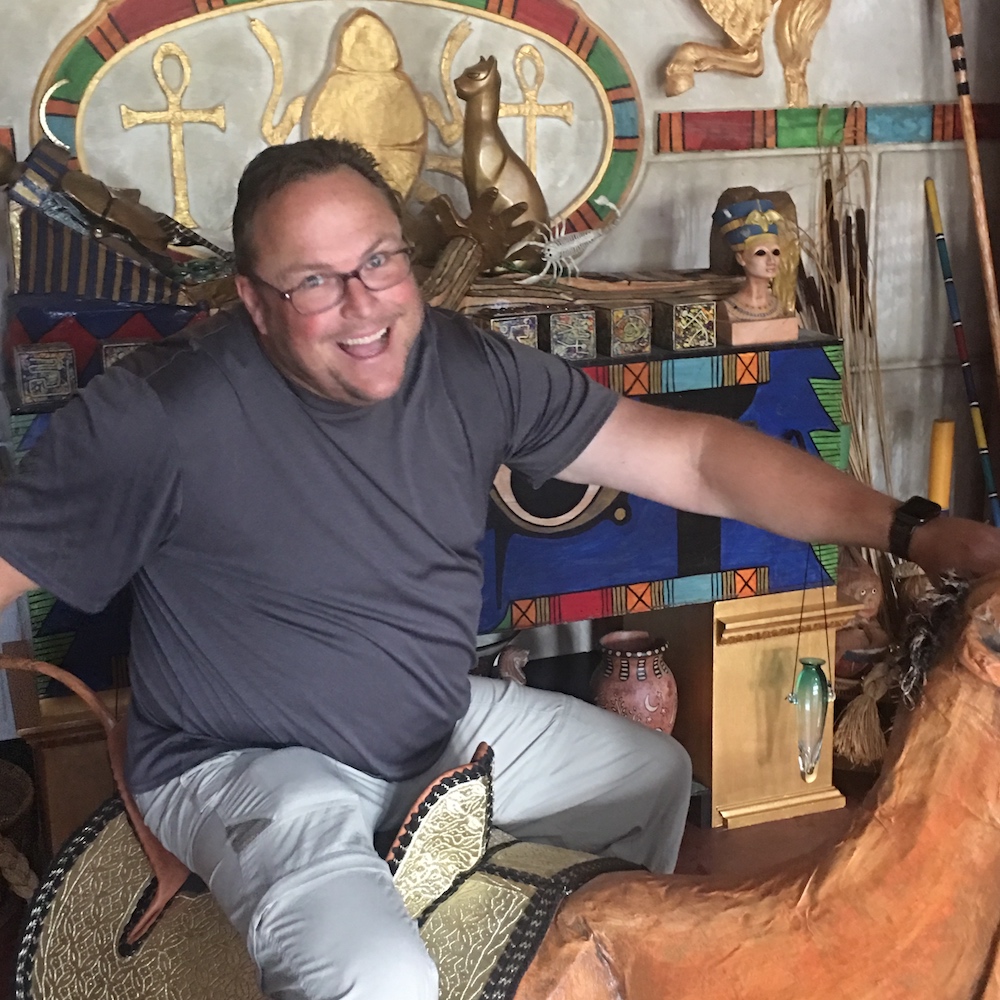 The Bluefield and Campbell colleagues quickly formed a partnership, and Perot introduced the ASC at Sullivan’s Spring 2018 Faculty Summit in Raleigh, N.C. Its goal: “Identify opportunities that build collaborative, innovative solutions that create social and economic value in Southwest Virginia and West Virginia.” Designed to serve as a model for other rural Christian colleges, the ASC “uses education, research and hands-on projects to strengthen individuals and organizations so that they may build a more prosperous Appalachia.”

Opportunities in Entrepreneurship
And there’s plenty of work to be done. As a 2019 report from the Appalachian Regional Commission (ARC) shows, Appalachia’s poverty rate, while showing some signs of improvement, remains higher than the U.S. average, with many counties moving in a negative direction or stuck in the “distressed” category. The region also outpaces the nation in mortality due to medical issues like heart disease, cancer, diabetes and suicide while lagging behind in the number of healthcare professionals, according to a 2017 ARC report.

The decline of the coal industry has played a major role in the region’s economic woes. A 2018 ARC study found Appalachian coal production declined by nearly 45 percent between 2005 and 2015—more than double the rate of national decline. Coal industry employment in the region decreased by around 27 percent, with Central Appalachia taking the hardest hit.

But tunneling through the mountains for coal isn’t the only way to create jobs and prosperity. Thanks to an abundance of sugar maple trees, the Central and Southern Appalachian region has the potential to rival New England in maple sugar production.

“Our maple trees outnumber Vermont’s, and we have all witnessed the success that industry has brought to Vermont,” Perot noted. “We also have several small mountain farms capable of producing a healthy living. In addition, there has been a tremendous increase in adventure tourism, which is driving small business growth in the areas of housing and restaurants. And there are hundreds of ATV trails throughout the region—Hatfield-McCoy is just one of the trail systems within a few miles of the ASC.” 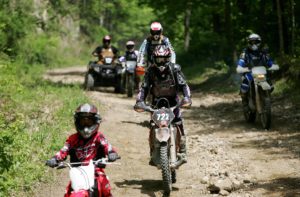 The Hatfield-McCoy Trails are a major destination in the adventure tourism sector.

The ASC’s research included an adventure tourism study that identified the need for more restaurants and lodging, resulting in the creation of new lodging (such as tiny houses) and dining establishments. ASC also works with local entrepreneurs interested in leveraging the region’s natural resources, provides coaching and mentoring for startups and assists in small business growth. “Our work includes helping businesses and local leaders define customer value, find ways to differentiate themselves from the competition, and develop profit formulas as well as social media marketing strategies,” Perot said.

Appalachia is also dotted with food deserts, defined by the ARC as low-income areas where many residents don’t have access to vehicles or live more than 20 miles from the nearest supermarket. The ASC team promotes startup agribusinesses that can produce high-quality food, such as McDowell County Farms, a farmers co-op in southern West Virginia. The co-op offers a Community Supported Agriculture program, in which consumers can buy an annual stake to source locally grown food, and provides produce to food banks and grocery stores in struggling communities.

Opioid addiction is another vexing problem in Appalachia—one recent CBS report ranked West Virginia as the deadliest state for drug overdoses. The ASC provides support for recovering addicts who are passionate about social change and entrepreneurial opportunities. ASC worked with one group, Mountain Movers, to develop Launch Recovery, a business pitch competition for individuals in the recovery community, with startup money and free business services awarded to the winners. “We believe the coaching and training we are offering provide a structure and process to help individuals stay focused and move forward toward a healthier lifestyle,” Perot said. 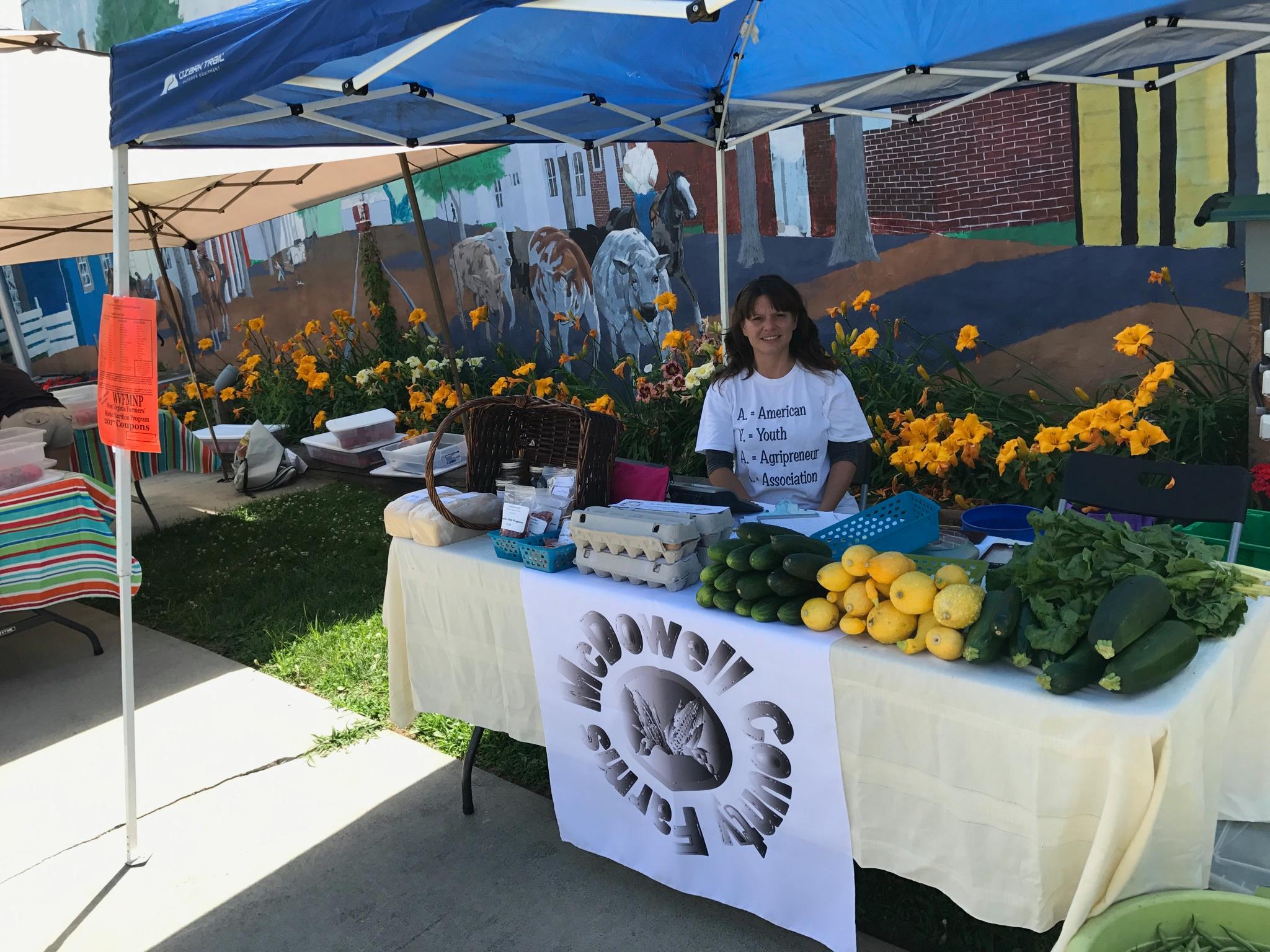 Building Trust
Meanwhile, getting young people involved in the community is essential to revitalizing Appalachia. In addition to collaborating with the American Youth Agripreneur Association, Perot and her team launched the ASC’s first summer internship program.

“Social change and innovation begins with community engagement,” Perot said. “Community engagement begins with trust—trust that people care, trust that people are genuine and honest, trust that people are willing to be open to differences and nonjudgmental. The internship is designed around human design theory and Living Learning Communities. Empathy helps design thinkers seek understanding about a particular group of people or community. Learning what is important to them and understanding who they are demonstrates caring, which leads to trust.”

In the program’s inaugural year, student interns worked within Living Learning Communities in the Bluefield area, developed their teamwork, leadership and followership skills, and took part in experiential learning activities. They visited local agribusinesses, art studios, small businesses and startups to learn about the challenges faced by entrepreneurs and how to use their own talents to bring about social change.

“They discover that community identity is often shaped by facts and statistics that lead to generalities,” Perot said. “Facts about income, age, education levels, family structure, health statistics, crime rates, etc. may not accurately characterize the culture or people. Natural resources, anchor institutions such as churches, agencies and schools, and community leaders are seemingly not included in the community story. They discover that communities are often richer than the story being told in the news or by the facts. They discover how they can make a difference.” 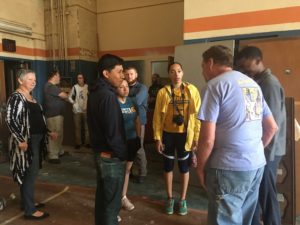 ASC has also lent support to a student-run art makerspace in Bluefield that will bring older and younger residents together. “The goal is to renovate a downtown building into a student-run skills makerspace for the community with a significant focus on art,” Hite said. “The initiative seeks to create partnerships with the seniors in the regions who have various talents, such as art, woodworking and other hands-on skills.”

The co-working space will include young entrepreneurs, skilled laborers and ASC team members. “Interns will assist with business startups, one-on-one business mentoring for new entrepreneurs and operations of the facility,” Hite said. “Based on the feedback I received from the town manager and mayor, they loved the idea and strongly support the project, which also has the verbal backing of over 20 seniors in the community and many artists and business owners.”

Achieving real social change can feel like moving mountains, so to speak, and tough challenges lie ahead for the ASC team. But for Perot, it’s a personal and spiritual mission. “ASC is my way of serving others,” she said. “I believe God endows each of us with unique gifts and talents, and it’s up to us to develop them in order to serve the needs of others. This part of our country continues to be neglected by state and federal agencies. False promises are made about a resurgence of coal mining, and there’s a lack of research in the area of poverty in the U.S.”

But the people of Appalachia will do whatever it takes to bring about real change. “Living in this community, I’ve witnessed service to others, selfless leadership, generosity, compassion, and ingenuity, despite growing health issues, increasing addiction rates and limited resources,” Perot said. “I’m motivated by the community leaders committed to making improvements and by the belief that I have some of the talents and abilities needed to make a difference in the lives of others in need.”