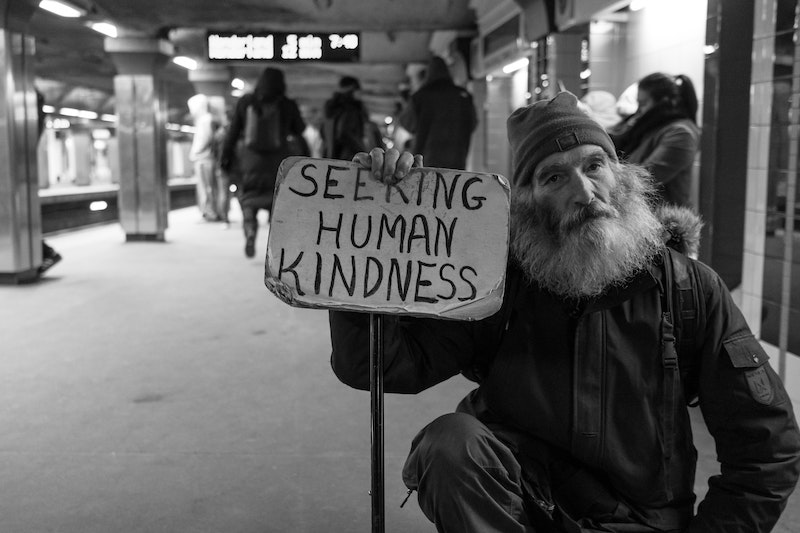 Conventional wisdom says giving money to homeless people might not do them much good—many will just blow it on booze, drugs or smokes. But conventional wisdom might be wrong, according to a research projected conducted by Vancouver nonprofit Foundations for Social Change in partnership with the University of British Columbia.

Dubbed the New Leaf Project (NLP), the initiative is described as “the world’s first direct cash transfer program to empower people to move beyond homelessness in Canada.”

Researchers for the NLP gave 50 homeless people a lump sum of $7,500 each (equivalent to about $5,700 in U.S. dollars). Then, they tracked the recipients’ lives over the next 12 months and compared their outcomes to those of a control group that didn’t receive any money.

The result: Most spent the money on vital needs such as food, housing, transportation and clothing, and many even saved money over the next year.

“Project participants have seen measurable improvements in their lives after receiving the cash transfer, and we are passionate about expanding our work,” the Foundations for Social Change said in a description of the project on its website.

Study participants were required to complete questionnaires one month after receiving the money and then every three months. They also completed open-ended qualitative interviews after six and 12 months. Participants had been homeless for an average of six months, and one in four had jobs. The average age of participants was 42, with a range of 19 to 64 years old. Sixty percent were men, 40 percent were women, and one-third of the participants had children.

On average, the group that received cash moved into stable housing within three months, while it took an average of five months for the non-cash participants to find stable housing.

Some also made one-time purchases of items like furniture, computers, bikes and vehicles.

And most didn’t blow the money quickly or impulsively. The study found that cash recipients had saved $4,000 after one month and $1,000 through 12 months.

They also used the money to improve their food security situation. Sixty-seven percent of the cash recipients were food-secure after one month, an increase of 37 percentage points from baseline. Food security for the non-cash group only increased by two percentage points in the same time period.

“The homeless population continues to grow, and we keep applying the same old approaches,” Claire Williams, CEO and co-founder of Foundations for Social Change, told CNN. “We really think it’s important to start testing meaningful risk-taking in the name of social change.”

She added that direct cash transfers are not a “silver bullet for homelessness in general.” The NLP focused on a “higher functioning subset of the homeless population” who had been screened for problems like mental illness and substance abuse.

But participants in the study largely used the money to improve their lives. “There are certainly people who are homeless who have deeper, more severe problems,” Steve Berg, a vice president with the Washington, D.C.-based National Alliance to End Homelessness, told CNN. “But for many people, it’s simply a matter of they ran out of money, lost a job, fell on hard times, became homeless. Once they’re homeless, it’s very difficult to get enough money saved up in order to find a place to live.”

“People can be relied on, if they get the money upfront, to take care of the problem themselves,” Berg added.

One cash recipient in the study, identified as Amy, said the money gave her a much-needed confidence boost. “[Receiving the money] made me feel important,” she said. “It’s like a silent cheering squad in the back of my mind … They have faith in me, so I have faith in myself.”