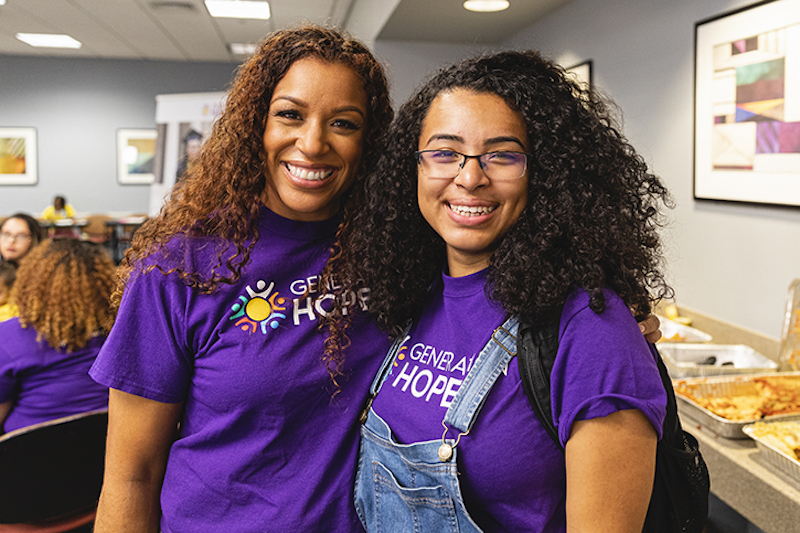 For Nicole Lynn Lewis, a 2006 graduate of Sullivan Foundation partner school George Mason University, completing her undergraduate degree as a single mom not only opened doors of opportunity, but symbolized how far she had come despite the challenges involved.

After graduating, Lewis had an overwhelming desire to help other young parents earn their degrees but couldn’t find any organizations in the Washington, D.C. area with such a mission. So she founded Generation Hope in 2010.

Since then, the organization has reported helping more than 200 teen parents in college and their children with mentoring, emotional support and financial resources. Generation Hope has provided more than $800,000 in tuition assistance and celebrated 93 college degrees.

For her impact, Lewis was recently named one of 31 inaugural awardees of the Black Voices for Black Justice Fund, an initiative championed by actress Kerry Washington and philanthropic leader Wes Moore, among others, that draws on $10 million to invest in Black leaders across the U.S. working on issues of racial justice. 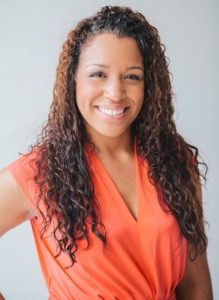 “It means everything to have someone say, ‘We see you, and we honor the work that you’re doing and what your vision is for the world,’” Lewis said. “It’s a validation of [teen parents’] experiences and how important it is that we support their dreams for their futures, because that is so connected to the journey that we’re on as a country for racial equity and justice.”

About 90% of the students Generation Hope works with are students of color, said Lewis, who has also been named a CNN Hero, a Minority Business Leader by Washington Business Journal and a member of Washingtonian’s “Top 40 Under 40” in 2017. Funds from the Black Voices for Black Justice award will be used to support Generation Hope’s mission and continue to tell the story of why teen parents’ success matters.

“[Teen parents] have so much to offer their communities, [and they] tend to have higher GPAs than their peers, but there are so many systemic barriers and hurdles to their success,” Lewis said. “As we talk about higher ed, as we talk about solutions to poverty, and as we talk about racial equity and justice, we have to be talking about helping this population thrive.”

Lewis is no stranger to those barriers. Although she was raised by college-educated parents and was an honors student and president of several clubs in high school, she grew up in a turbulent home environment that made her feel “really uneasy and insecure” in her life. And when she became pregnant with her daughter at 18, she suddenly became a social outcast. “People stopped talking to me,” she told CNN. “I lost all of my friends. It didn’t matter that I was an honor roll student. People pretty much wrote me off.”

Related: This George Mason University alumnus has dedicated her life to bringing peace to the Middle East

But Lewis was determined to go to college, and she did exactly that, graduating with honors and going on to earn her master’s degree, all while raising her little girl.

According to Lewis’ listing on the Black Voices for Black Justice Fund website, she has authored a book about her life called “Pregnant Girl,” which is scheduled to be released by Beacon Press in the spring of 2021.

In her professional career, Lewis said she still draws on the skills she learned at Mason. “A big takeaway for me was understanding the unintended consequences of legislation,” Lewis said. “As students, we were encouraged to uncover and ask the right questions, and that’s been really helpful in the work that I do now when we’re thinking about free college efforts, financial aid reform, or how do we increase SNAP benefits to cover college students and be more accessible to college students.”

“Nicole is changing lives for the better every day,” said Schar School Dean Mark J. Rozell. “With her ability she could have chosen any other path professionally and made a lot of money, but instead she followed her passion to help people.”

“It’s gratifying to see people who never sought personal reward be recognized for doing good,” Rozell said. “I’m very proud of her. She represents the best of Mason.”

This article has been adapted from the original version appearing on the George Mason University website and from an article on CNN.com.