DiMaria-Sileno, a teacher at Holston Middle School in Knoxville, Tenn., and her family became members of the “worst club ever” when her youngest son, Noah Sileno, was diagnosed with B-Cell Acute Lymphoblastic Leukemia on July 25, 2018. He was just three-and-a-half years old at the time. In the months and years to come, the Silenos, along with an army of physicians, nurses and physical and occupational therapists, would wage an exhausting battle against leukemia.

With aggressive treatment, Noah has gone into remission, although the type of leukemia that ravaged his body has a high risk of relapse. In the meantime, his parents have formed an army of their own: The #NoahNation Foundation, a nonprofit that provides medically adapted pajamas for children undergoing chemo treatment. 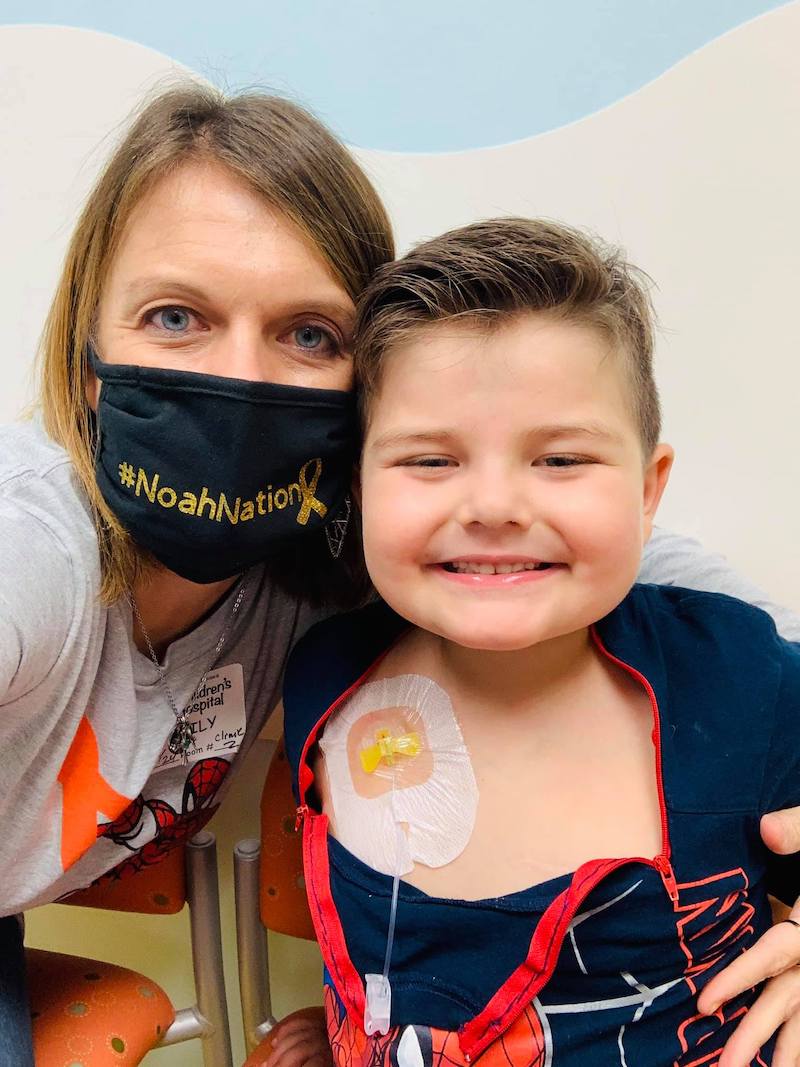 After spending a total of 73 nights at East Tennessee Children’s Hospital (ETCH) with her son, DiMaria-Sileno came to a realization. “Kids undergoing chemo need special pajamas that have easy access to their ports, tubes and drains,” she said. “We saw kids fighting cancer in dress shirts because the button-down tops allowed for this easy access. Children should not have to fight cancer in dress shirts or no shirts at all.”

The Silenos established The #NoahNation Foundation to create warrior and warrior-princess medically adapted pajamas. With money raised through t-shirt sales and fundraisers, DiMaria-Sileno purchased pajamas and recruited sewers to adapt them using Velcro, snaps and plastic zippers so that children can fight cancer in comfort.

“These pajamas are metal-free so that the children can have tests done while in the pajamas,” DiMaria-Sileno said. “Our goal is to bring dignity and comfort to all cancer kids undergoing treatment.”

The Silenos have also become childhood cancer activists. They have traveled to Washington, D.C. to meet with legislators and lobby for more funding for childhood cancer research. The foundation, meanwhile, has distributed hundreds of pajamas to sick children and has plans to manufacture custom pajamas in the future. 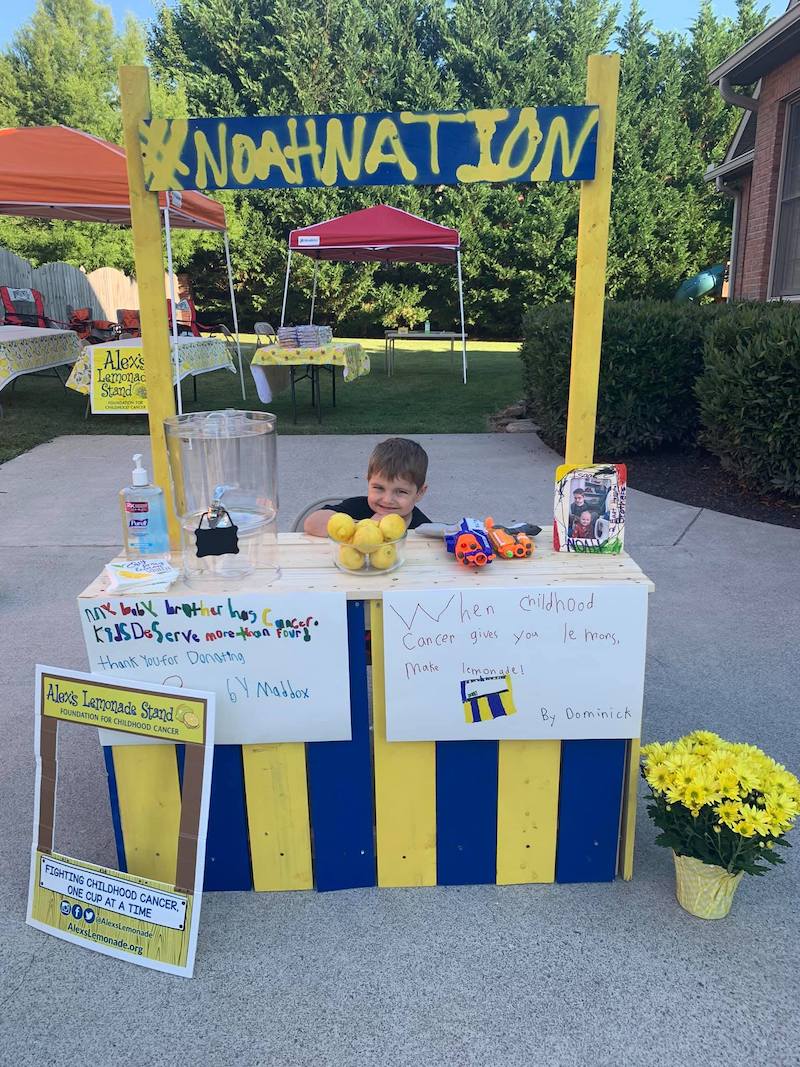 Additionally, Noah and his family have raised thousands of dollars for Alex’s Lemonade Stand Foundation, a charity that supports childhood cancer research. Noah has served as an ambassador for ETCH and was the honored hero for the Leukemia and Lymphoma Society, and the family has shared their story, in hopes of raising awareness, through feature stories on the local news.

Noah’s journey to remission was a long and harrowing one in which the little boy had to overcome multiple health complications. He lost 15% of his body weight on steroids and needed a feeding tube for three-and-a-half months. He also developed severe neuropathy, which left him bedridden, only able to move his eyes. At one point, he was the sickest child on the oncology floor at ETCH, and one of the hematologists called him the “mystery ALL child.” If something could go wrong, it would go wrong for Noah.

But Noah soldiered bravely through the pain and the setbacks. The Sileno family marked Noah’s second “cancer-versary” early this summer, and Noah is nearing the end of a brutal two-and-a-half year chemo regimen. At five-and-a-half, he started kindergarten in August, a milestone that was all the sweeter and more stressful due to his leukemia and the ongoing global pandemic. And while he is back to doing things kids his age should be doing—swimming, running, jumping and playing baseball—he must wear a leg brace and often experiences pain and side effects of the chemo. 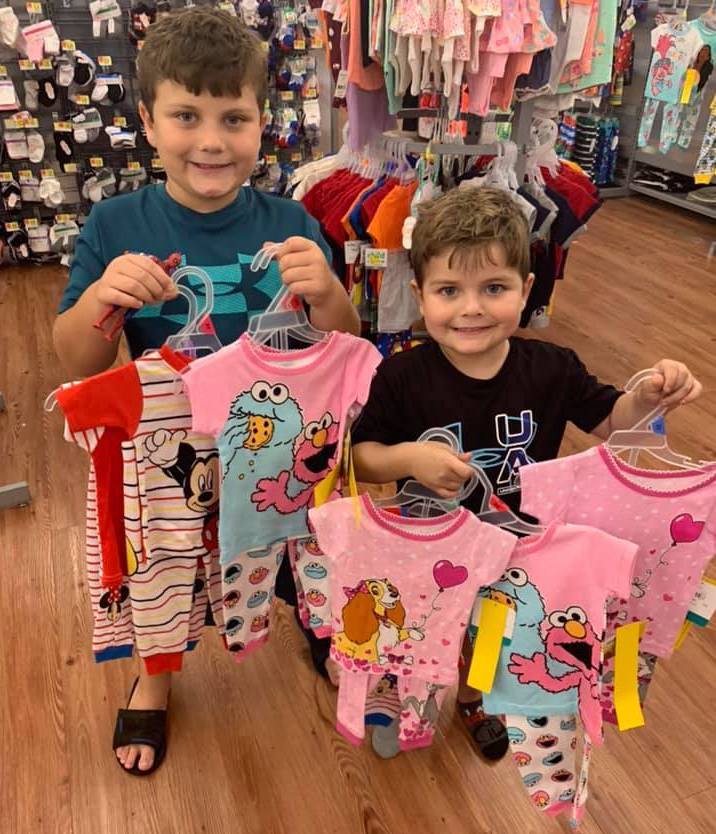 DiMaria-Sileno is back in her own classroom as well, teaching sixth-grade math. She completed her Educational Specialist degree at LMU in 2018 but had to put her plan to earn an educational doctorate on hold for a year. Once things with Noah stabilized, she picked up where she left off and is very near submitting her dissertation proposal, one of the final steps to completing her terminal degree.

She’s determined to complete and defend her dissertation by next summer. And she’s happy to be researching education rather than cancer. “My dissertation is my therapy,” she said. “It is the only time I don’t think about cancer.”

This article has been edited and condensed from the original story on the Lincoln Memorial University website. Read the full version here to learn more about Noah and his family’s harrowing experiences and challenges with leukemia. Click here to donate to the #NoahNation Foundation.