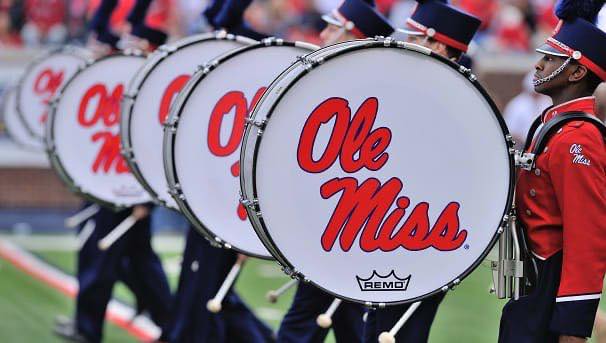 Sullivan Foundation partner school the University of Mississippi honored several faculty, staff and students were honored with Algernon Sydney Sullivan Awards recently for their service within the community and beyond.

The annual Sullivan Awards were presented by the university’s Division of Diversity and Community Engagement in conjunction with the Algernon Sydney Sullivan Foundation to recognize students, faculty, staff and community members who demonstrate selfless service to others.

Related: “Service is the lifestyle I live by: Meet the Algernon Sydney Sullivan Award winners at the University of South Carolina

The Sullivan Awards are among the university’s highest honors recognizing service. To be considered for the award, individuals must be nominated by others.

“During the disruptions and uncertainty brought about by COVID-19, it is all too easy to feel disconnected from one another and forget that connectedness and interdependence are essential elements of community,” said Cade Smith, UM’s assistant vice chancellor for community engagement.

“The Algernon Sydney Sullivan Award reminds us that connectedness and service to others are in the fabric of community by recognizing students, faculty, staff and community members who place service to community and others above self.”

Related: Algernon Sydney Sullivan Award winner at University of Alabama is on a quest to cure multiple sclerosis

Savannah Day and Neely Griggs, both majoring in public policy leadership, were presented the Student Awards. Mohamed Ali Ibrahim, a research scientist in the UM National Center for Natural Products Research, received the Staff Member Award. The Faculty Member Award went to Michael Raines, instructional assistant professor of applied linguistics. The Community Member Award was given to Zach Scruggs, executive director of Second Chance Mississippi in Oxford.Excerpts from the honorees’ nomination letters reveal why they were chosen to be recognized: 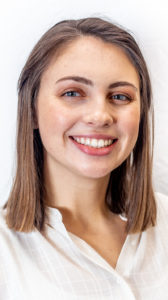 Neely Griggs
According to one of Griggs’ nomination letters, Neely’s internship with the Department of Human Services “is perhaps the most prominent example of her selfless service to her community. She would talk to me often about the aid applicants that she would interview and assist day-to-day, expressing genuine empathy/desire to help these people in whatever way she could. This experience helped her gain a better understanding of the underserved in the Oxford community and only increased her desire to do whatever she could to improve these people’s lives.”

Another nominator added, “She is my role model. I am just one the many people in the community whose life she has touched in a positive way, and I am absolutely sure that she will only broaden her outreach in the pursuit of her goals, which all center around community development. She is determined to improve the state of affairs in her home state of Mississippi. 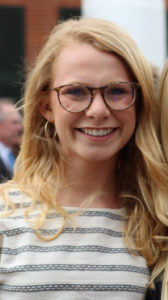 Savannah Day
Day has made a difference at Ole Miss through leadership with the Columns Society, the Center for Inclusion and Cross Cultural Engagement’s iTeam, and her sorority, her nominator wrote. “Her work has been intentional about making a difference. As a journalism student, she could have pursued work with major news networks to pad her resume, but she chose areas of passion where she could make an impact. From the time we worked together in D.C., I knew that Savannah would leave our campus and community better than she found it … She’s a remarkable young woman and someone that would represent this award program very well,” the person wrote.

Ibrahim is “an outstanding model of honesty, morality, ethics, integrity, responsibility, determination, courage and compassion,” a nominator wrote. “He was able to implement … essential moral ethics through his serving at the Integrity Time program at the Oxford Elementary School for two years [where he taught] the children many lessons about the importance of ethics … what is true and good and right and how to apply that. [This] makes him as an ambassador of morality [and] ethics.”

Ibrahim is also a member of the Kiwanis Club and has organized various fundraising projects and supported several other charitable organizations in the Oxford/Ole Miss community.

Michael Raines
A nomination letter for Raines praises him as “a tireless helper in the communities around northern Mississippi and southern Tennessee.” The letter goes on to describe how Raines and his family meet on the first Saturday of each month at Golden Living Nursing Home in Ripley to give out snacks, sing and provide companionship to the patients. Additionally, he has personally, without pay, helped two students—one Korean, the other Panamanian—reach acceptable scores on the Test of English as a Foreign Language (TOEFL) exam.

Zach Scruggs
The letter for Scruggs’ nomination spoke highly of his dedication to supporting others committed to bettering themselves. Explaining how Scruggs supported a young mother who had dropped out of high school and was involved in selling drugs, the nominator wrote, “When she made the first step to put that life behind her, Zach made sure she had a weekly stipend to put food on the table and gas in her car as long as she attended class. He paid her tuition and, once she completed her coursework, made sure she had a cash bonus to get a good jump start on her life.”

“These individuals represent the UM legacy of service to others and have made a tremendous impact within our community,” said Erin Payseur Oeth, project manager for community engagement at Ole Miss. “We are thankful for their dedication to serve, their inspiring leadership and their example.”