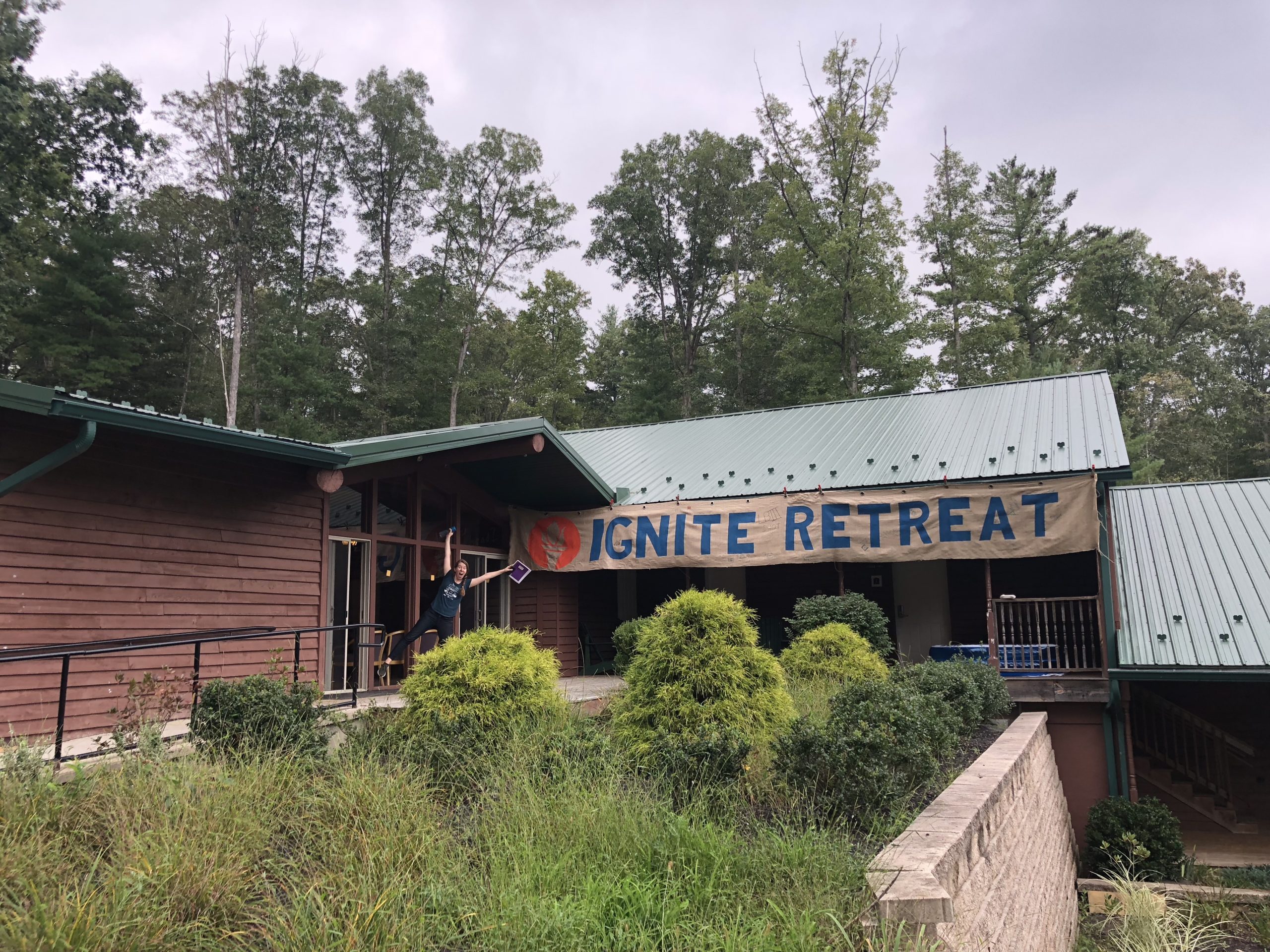 This year, the Sullivan Foundation held our first-ever college-sponsored Ignite Retreat. Penn State University’s Schreyer Honors College partnered with us to host an Ignite Retreat this September on the Penn State campus. The event was free to all PSU students, and we had forty attend.

The weekend was an amazing time of connection, inspiration, and discussions about changemaking. Students formed amazing bonds, and the weekend kick-started a new wave of change in Pennsylvania. Read on to learn a little more about the Penn State Ignite Retreat.

We had six amazing facilitators at the Penn State Ignite Retreat. Spud Marshall and Chad Littlefield, both of whom facilitate the North Carolina Ignite Retreats, joined us in Pennsylvania.

Spud, the founder of the co.space, said of the weekend, “As a facilitator for the weekend, I was reminded of how important these gatherings are at building authentic relationships for students who may otherwise feel overwhelmed at college – from selecting a major, to finding meaningful friendships, to pursuing a purposeful career – college is stressful! But the Ignite Retreat gives students the time, guidance, and encouragement to dig into those questions and unlock new paths for themselves!”

Chad is the founder of We!, a company focused on gently eradicating small talk and replacing it with genuine connection and real conversations. He, too, saw the weekend as a unique opportunity for college students to form lasting bonds. “Universities that care about retention and career development support high-impact experiences like the Ignite Retreat. Students who care about a life filled with purpose and connection cannot get enough of the Ignite Retreat. It is the rare event designed both for the university and the student.”

Shelby Seybert, Tony Weaver, Katie Marshall, and Jared Yarnall-Schane also served as facilitators for this retreat. Shelby is the founder of Joyful Wheels, an initiative dedicated to finding the joy around us and bringing it to the surface. Shelby talked about the connection that happened during the course of the weekend. “One of my favorite moments at these retreats is talking to students after they finish an activity called ‘deep listening.’ It’s incredible how quickly people will share things that are so deeply personal to them, things they may have never shared before, when someone else is intentionally choosing to listen and care.”

Jared consults with Happy Valley LaunchBox, as well as working as a startup coach and adventure facilitator. He helped facilitate the adventure of this retreat, as well as fostering connection among the students. “One thing we often forget about when helping young changemakers discover their path is how lonely it can be. This is where the Ignite Retreat thrives – helping youth forge life-long bonds of friendship and support so that they can tackles challenges big and small.”

Tony Weaver is the founder and CEO of Weird Enough Productions, which is a new media production company that focuses on creating positive media images of black men and other minority groups. He led the Intro to Changemaking session, as well as several other sessions throughout the weekend, along with Katie. Katie, who also goes by Tenny, is the assistant director of the Center for Character, Conscience, and Public Purpose at Penn State.

What the Students Say

We had forty students attend this first retreat, an awesome number for our first retreat there. Rather than try to talk about the student experience ourselves, we’ll just let them say it in their own words.

“I walked away with a lot of energy and forward motion. The experience felt like it was way longer than 48 hours (I can’t believe it was less!!!) and I didn’t want it to end.”

“This retreat lit up my mind in more ways than one, redirecting my life and driving my desire to make a social impact on the world.”

“I had no clue what I was getting into but it was one of the best “on a whim” experiences I have ever had.”

“The retreat took all these crazy ideas in my head and actually made them possible.”

One of the most awesome things about the Ignite Retreat is how amazing the participants always are. Being able to spend the weekend with such inspiring college students is a huge privilege, and one we never take for granted.

The weekend would not have been possible without the sponsorship of several organizations at Penn State. “This September, Penn State hosted the Ignite Retreat in State College, PA for its student body. After sending 3-4 of their students to the Ignite Retreat in North Carolina each semester for the past few years, Penn State decided to bring the event closer to home and host it in the woods of central Pennsylvania 30 mins outside of campus. Thanks to sponsorship from the Schreyer Honors College, the event was made accessible to countless more students,” Spud said.

In addition to the Schreyer Honors College, the Honors College Student Council and the Penn State Presidential Leadership Academy also sponsored the retreat. Their support was invaluable, and the Sullivan Foundation is grateful for their commitment to changemaking and connection among their students.

We’re also grateful for the opportunity to use the Krislund Camp and Conference Center as our facility. The venue, in addition to being beautiful, provided some unique opportunities for connection during the retreat.

Spud explained, “One of my favorite – and unexpected – moments from the weekend was due to the lack of cell or wifi service, and a very long walk between our housing and dining hall. What could have been a frustration resulted in the opposite. The combination of long walks and no service on our phones meant that everyone was incredibly present throughout the entire weekend. In our large group time together, a guiding question for everyone simply became ‘are you present?’ which helped set the stage for the powerful conversations and connections that followed.”

Although this was only the first school-sponsored Ignite Retreat, we hope to do more in the future. Spud said, “The Penn State Ignite Retreat encouraged me to package this experience up to more students across the country. In 2019, I will be working to offer similar university-focused gatherings.”

If you’re interested in the possibility of hosting an Ignite Retreat at your school, visit our website to learn more about the retreat, and feel free to contact us with any questions. You can also see photos from the retreat on our Facebook page.