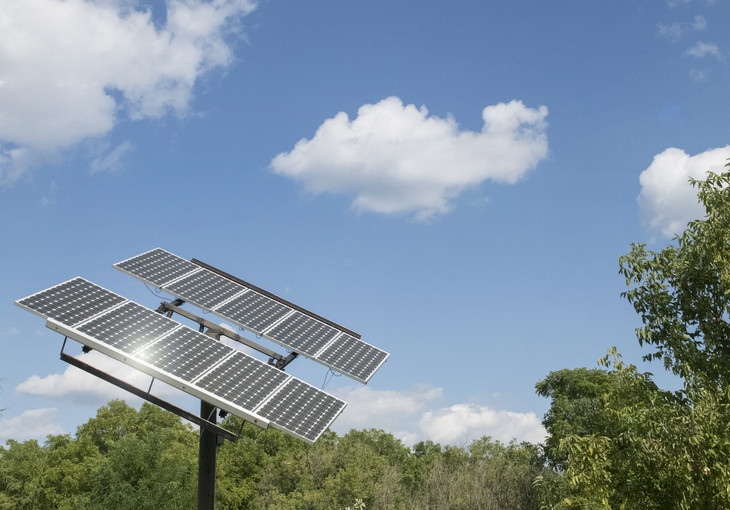 Penn State University is a growing community with 600 buildings sprawled out over 22 million square feet—yet it has reduced its greenhouse gas (GHG) emissions by half since 2004, setting an example from which other colleges, universities, towns and cities across the country can learn, according to NPR.

To make the campus greener, Penn State has calculated its yearly carbon emissions over the past 25 years on a graph. The line was steadily climbing 20 years ago, but started to plummet in 2004, even though the university continued to grow. The improvements started with a handful of changemakers among the student body, faculty and administration, including biology professor Christopher Uhl. His students began calculating emissions from specific buildings and looking for power-generating alternatives. “In a sense, we’re using the university culture,” Uhl told NPR. “It’s data that will speak to an academic institution, not, you know, ‘You should do this.’”

Uhl and his group of green activists soon found allies, including engineers and maintenance workers, at Penn State’s physical plant. One of them, a retired Navy officer named Ford Stryker, persuaded the university president to declare “environmental stewardship” an official priority in the school’s Strategic Plan.

Penn State’s budget and finance offices set up a fund to pay for upgrades to reduce greenhouse gas emissions and save on costs. According to NPR, improvements included “tuning up heating and air conditioning systems and measuring air flow and temperature, making sure enough air is flowing to keep people comfortable but not so much that extra steam is needed to keep everyone warm.”

Tuning up the HVAC system delivered fast results. “It’s one of the shortest paybacks,” Rob Cooper, Penn State’s senior director of engineering and energy, told NPR. “It’s consistently three to five years [to recoup the costs] on every building that we go into.”

Related: Learn how to spark social change at the Sullivan Foundation’s Ignite Retreat

Penn State switched from coal to natural gas to power its central heating plant and installed energy-saving motors and windows whenever economically feasible. The university also recently signed a deal to buy electricity from a solar farm in Franklin County, Pennsylvania. Large-scale solar arrays, with more than 150,000 solar panels in three locations, will provide 25 percent of Penn State’s state-wide electricity requirements over 25 years, the university said in a press release earlier this year, while boosting the economy and providing educational opportunities.

“Among the many benefits of this significant investment in solar-based electric generation include cost savings, lower greenhouse-gas emissions in support of Penn State’s aggressive sustainability goals, economic development with job creation, and income for host communities through development of the Pennsylvania solar market,” Cooper said in February.

Penn State has also invested in energy conservation projects like a Combined Heat and Power installation of a combustion turbine and heat recovery system at its East Campus Steam Plant.

The university says it’s aiming for an 80% cut in greenhouse gas emissions by 2050. But Shelley McKeague, the Penn State administrator who monitors the university’s greenhouse emissions, admitted to NPR that they don’t have a “concrete plan to get there” yet “and the reality is, the country doesn’t either … We have options in front of us. We just don’t know which ones we’ll pull the trigger on yet.”

Related: Will Smith, Jaden Smith partner with footwear brand to save the Amazon rainforest