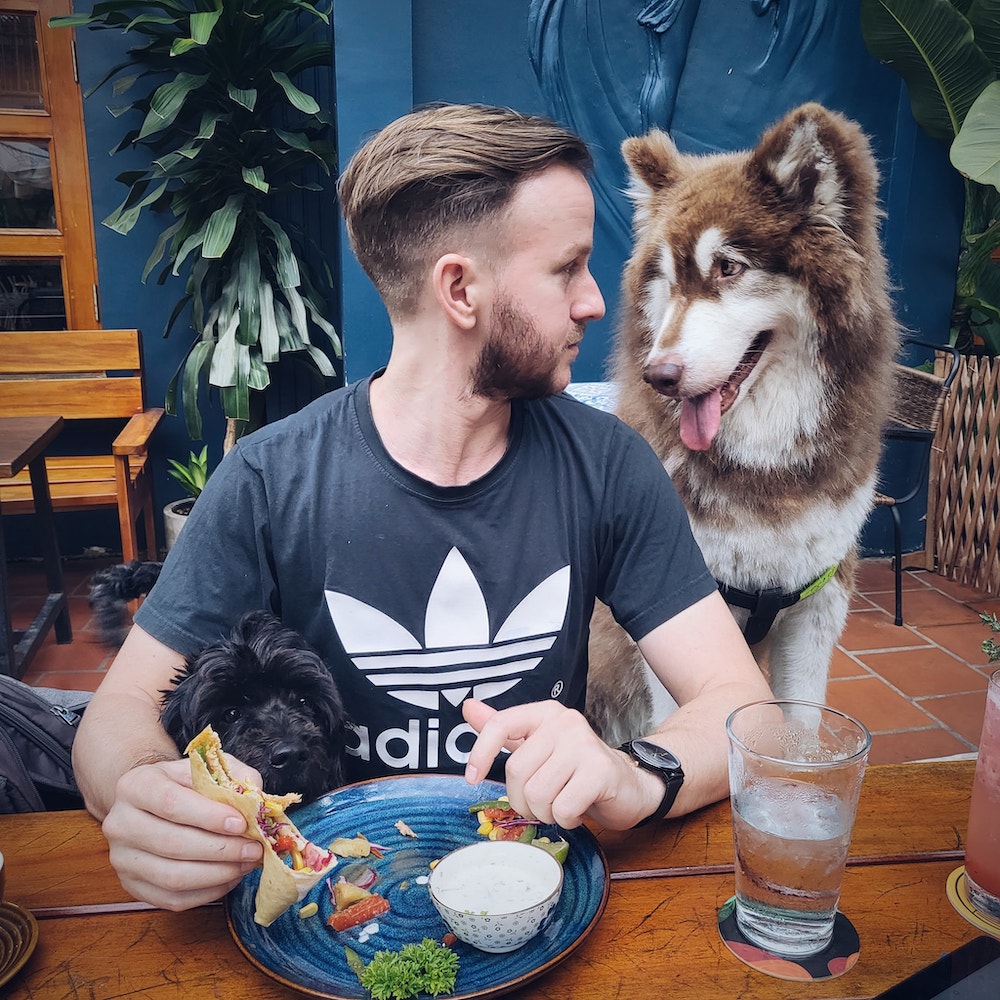 Like countless Elon University alumni before him, Alex Ward followed his passions around the world after graduating in 2014, eventually landing in Vietnam. There, he runs R House, a diner and lounge that also serves as a dog rescue organization. He and his partner, Geneva Marcelino, moved to the country in hopes of using their strengths and passions to find purpose in their lives.

After going through the process of adopting their first dog in Vietnam, Ward and Marcelino saw an opportunity to help bridge the gap between rescue shelters and those looking to adopt. Unlike in the United States, there is limited education about animal rescues in Vietnam. They saw a need for a safe space where abused, abandoned or neglected dogs could find comfort and rebuild trust in humans.

“We saw a major opportunity to pursue a more authentic life upon adopting our first dog in Vietnam,” Ward says. “As we looked at how we could make a difference, we brought our interest in supporting the mission of dog rescues together with my passion for food and beverage.” 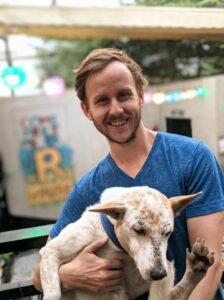 Founded in 2019, R House fosters rescue animals from local shelters, which helps create more openings at those shelters for other animals in need. Unlike a nonprofit, however, R House generates its own income through its dining services and additional revenue opportunities like co-working rates and movie nights. They even hosted their first wedding in February when two former adopters tied the knot.

Ward is no stranger to achieving his goals. As a student, he took full advantage of Elon’s engagement opportunities. He credits two programs—the Life Entrepreneurship Program and a study-abroad semester in Copenhagen, Denmark—for laying the foundation to pursue his passions. “These two Elon Experiences pushed me to push myself out of my comfort zone and pursue a life that was authentically mine,” he says.

Ward has remained engaged with Elon since graduating, crediting the National & International Fellowships Office for helping with his successful application for a Princeton in Asia Fellowship. He also served as a partner and resource for Elon’s MBA study abroad course.

Ward’s hardworking nature has helped him carry on through a trying couple of years. Even during a global pandemic, he and his team moved forward and opened a second branch in Dalat, Vietnam, one year after opening R House in Saigon. Most recently, they opened The Meow House by R House, a co-working space for humans that fosters rescue cats. Between the three locations, they regularly foster 50 to 60 animals. 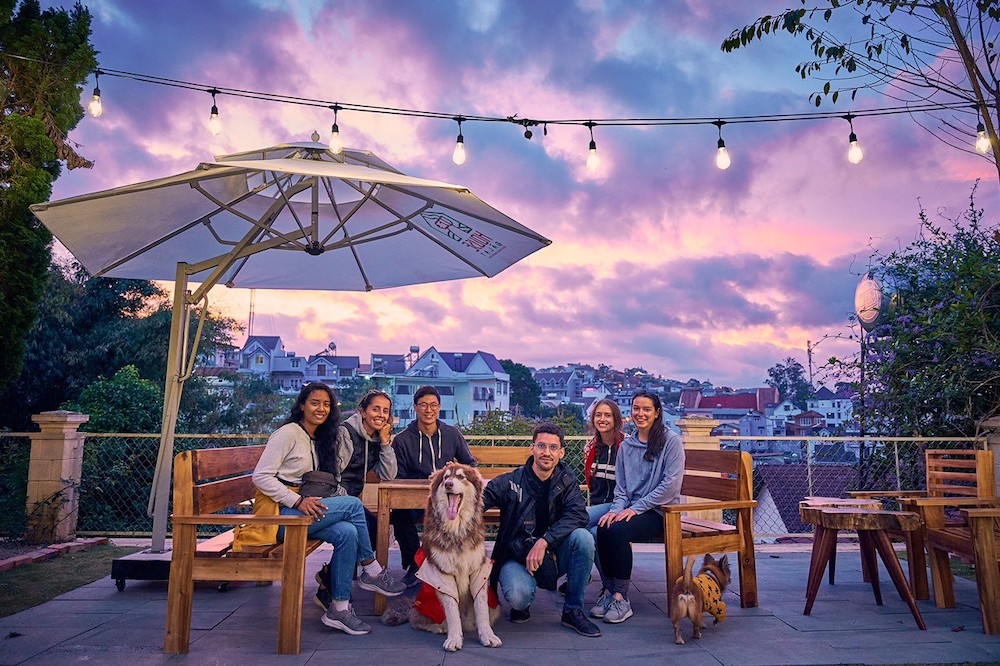 While the locations are social enterprises, R House also accepts monetary and supply donations to help with operations. “The R House group works hard to use these donations to make the spaces sustainable by creating ‘homes’ that are also places [where] the community can make purchases [and] have meals, workshops and bonding moments that are simply meaningful and purposeful,” according to its Facebook page.

Ward and his team said they’re continually grateful to the patrons and donors who support them in creating sustainable community-based locations that have a higher purpose of rescuing animals.

“In addition to changing the lives of dogs and people, we also are educating our team and community on sustainability, buying local, conscious consumption and social entrepreneurship,” Ward says. “To be able to make a significant impact in the lives of hundreds of dogs, thousands of people and multiple communities while living in a foreign country is a true privilege, and I’m proud to say that my experiences at Elon were pivotal in guiding me to this point.”

This article has been edited slightly from the original version appearing on the Elon University website.