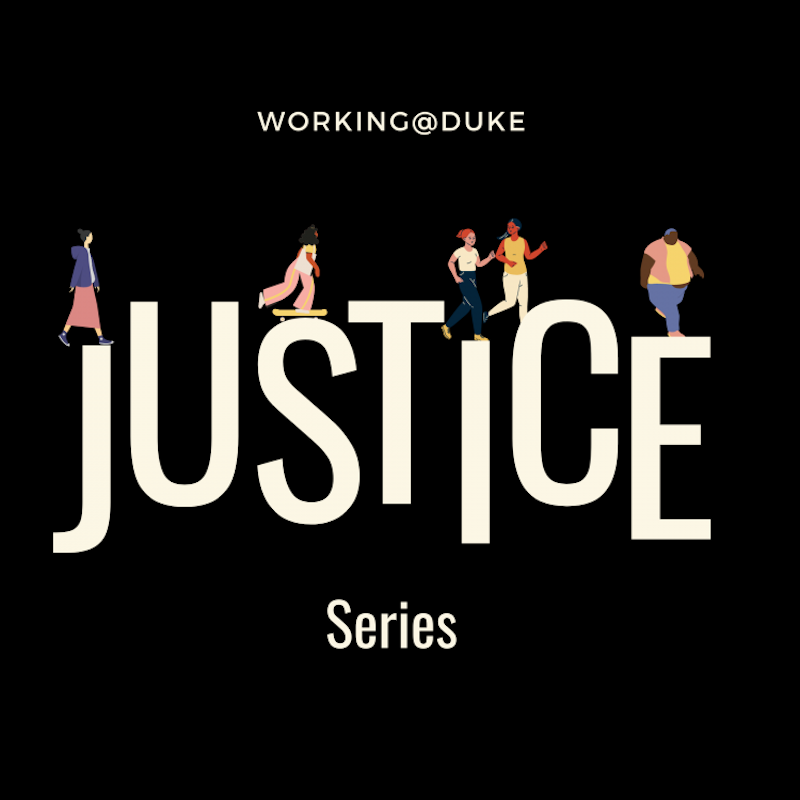 From the anger and grief following the killings of several unarmed Black citizens to difficult conversations with younger family members about how the world will see them when they grow up, Zaire McPhearson had many moments this year when she saw in stark terms how far society has left to go before it truly confronts its racism.

“The last couple of months have been extremely difficult, especially being a Black woman living in the American climate that we’re in,” said McPhearson, who graduated from the Master of Fine Arts program at Sullivan Foundation partner school Duke University in May.

Those emotions motivated McPhearson, now an an instructor in the Department of Art, Art History and Visual Studies, as she designed the stunning digital art piece that was selected by judges to accompany the new “Working Toward Racial Justice” recurring story series, which launches in the Working@Duke magazine in February.

McPhearson’s art was one of 12 submissions from Duke staff and faculty members that were voted on by nearly 1,000 Duke community members. Five submissions that received the most votes were reviewed without any identifying information by Director for Continuing Education at the Center for Documentary Studies Michael Betts II; Mary Lou Williams Center for Black Culture Director Chandra Guinn; and Visual Arts Program Coordinator for Arts & Health at Duke Bill Gregory.

“Art, in whatever form, can really inspire and provoke change,” Guinn said. “It can change minds and provide alternative perspectives, which can be a powerful tool when relating to racial justice.” 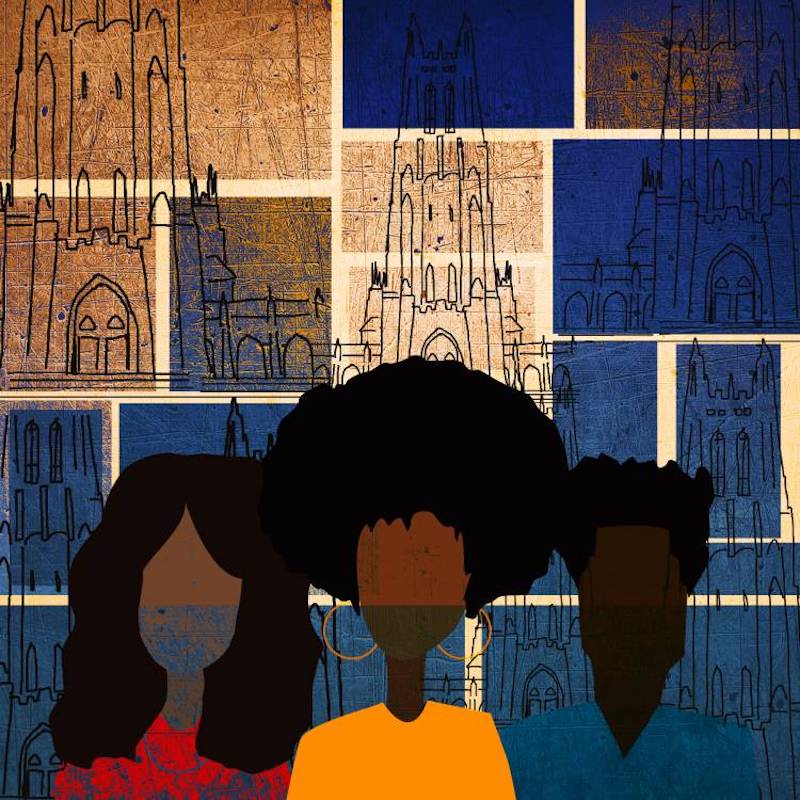 The judges chose McPhearson’s haunting image of three figures in front of a field of blue shapes because it reveals several deeper layers the more you look.

The background features the colors of Duke, interlocking shapes that evoke the stonework on campus, and fragmented depictions of Duke University Chapel. All of it is covered in a rough texture that suggests scars of the past.

The three figures in the foreground wear shirts in the colors of the Durham flag and masks that cover half of their featureless faces, representing both the coronavirus, which has disproportionately affected Black Americans, and the feeling of voicelessness.

“There are all these different elements at play in a very quick and easy, accessible way,” Betts said. “As we looked at this piece, things started to unfold and avail themselves to our understanding. We loved the simplicity and complexity of it. That’s the beauty of thoughtful work. That’s the beauty of art.” 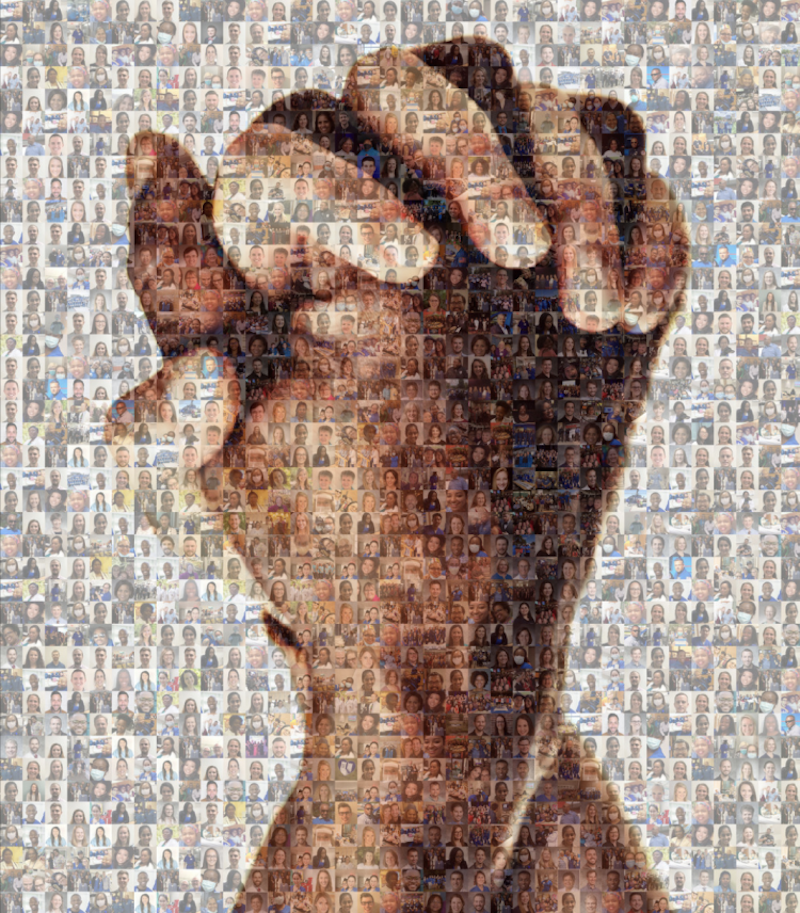 Sydney Mitchell was still figuring out how to process the racial justice movement when she saw Working@Duke’s call for original artwork to accompany the series. She decided to channel her emotions into a design, creating a digital mosaic of 750 headshots of Duke employees forming a black hand and white hand clasping together. Mitchell’s piece received the most community votes among the entries.

“I read the description for the contest and how it focused on inclusion, community and us supporting each other and our colleagues who are people of color,” said Mitchell, an occupational therapist for Duke University Hospital. “It came to me that Duke is such a diverse place where people of all backgrounds come together. I wanted to show that with this piece.”

Mitchell created the design by asking colleagues from various departments and units in Duke University Hospital to share photos of themselves to include in the mosaic. She received about 250 photos, many of which were used multiple times in the mosaic.

Mitchell worked on editing the photos so everyone’s head was in the center of the shot. She purchased the image of the hands clasping together from the stock photography provider Shutterstock and used Mosaically, a free website, to create mosaics and to put the final piece together.

The photo now hangs in the Duke Physical and Occupational Therapy Clinic gym, where Mitchell and other occupational therapists work with patients.

“Art is a springboard for conversations,” said contest judge Gregory. “It’s not about telling someone exactly how you should think. It’s about inspiring us to have open-ended conversations, to stand and reflect on moments in our lives like this pursuit of racial justice.”

This article has been edited from the original version appearing on the Duke University website. Click here to view all of the art contest submissions.